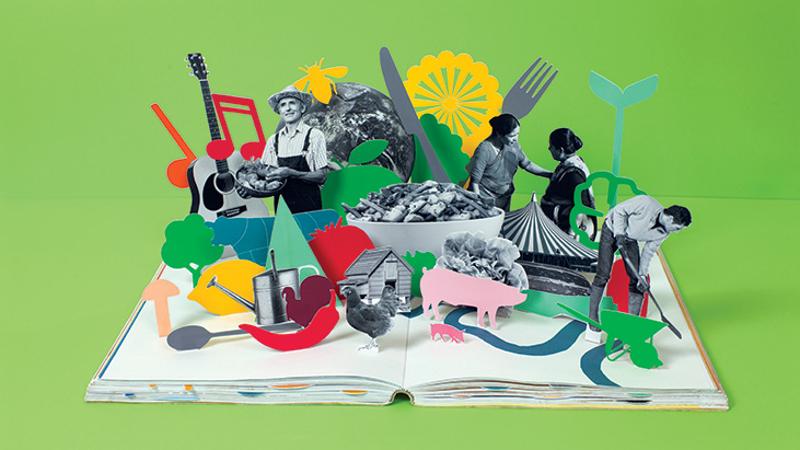 You want to be the next Chipotle? You’re probably going about it all wrong.

“A lot [of concepts] are copying the wrong thing,” says Chris Arnold, Chipotle's communications director. Most mimic the price point and service style, not the marketing, which is what Arnold says really drives Chipotle’s business.

“We’ve always believed that getting people to care is the product of effective storytelling,” he says. “It’s what captures people’s attention in a world where consumers are so bombarded with really obvious marketing.”

For Chipotle, Arnold says, that means being genuine, emotional and nostalgic in its messaging. “The production, story and tone really matter,” he says.

Ten to 15 years ago, people did not have the food culture they have today, says Maeve Webster, a senior director for research firm Datassential. Since then, there’s been what she calls a fundamental shift in marketing towards storytelling. “It used to be that the messaging was all about price and taste. That’s certainly still important—taste is paramount—but taste has to be a given,” she says. And price is effective with a share of the population, she adds, but more are looking for value and reasons to spend.

Now, she says, it’s about creating more and deeper touch points. The story doesn’t have to be a narrative, but brands need to show more elements of why they’re doing what they are doing, she says.

The reason this is so critical: It’s humanizing the industry, especially among younger consumers who distrust big business, says Webster. Telling stories and bringing it down to a personal level turns large companies into more relatable brands, she says.

No matter the age or size of an operation, “the idea of telling stories is hugely integral now to all aspects of the food industry,” she says. But the focus of the story depends on the audience.

“The types of stories that are impactful vary a bit by generation,” says Webster. Chipotle’s customer base skews younger—in the 16-to-35 age range, says Arnold—so it focuses on speaking to millennials and Gen Z consumers. These generations are looking for reasons to care about a brand and give money to that brand. “It’s almost like voting with your dollars and supporting businesses you think are doing the right thing,” says Webster. So the challenge to restaurant operators, she says, is convincing consumers why they should care about your brand and why you are deserving of their money.

Messages geared towards younger consumers, she says, tend to focus on the ethical, social and moral reasons of why a brand is doing what it’s doing. Right now, transparency about sourcing and ethical viewpoints, such as non-GMO or fair-trade foods and humane treatment of animals, are playing well to a varying degree, says Webster.

Social messages about politics or human rights, such as marriage equality or immigration, are far less prevalent among brands, says Webster. “That becomes a dicey area for a lot of brands,” she says. Starbucks’ Race Together initiative, for example, was designed to spark conversations about race. Yet the cup-writing campaign was met with intense consumer backlash. “That didn’t go the way they thought it would,” says Webster.

But marketers also need to think beyond millennials and Gen Z. “So many are focused on the younger generations, so older consumers feel left behind,” says Webster. Boomers, she says, are looking to relate to brands, too. “With boomers, it’s far more about ‘We understand you. We get what you need,’” she says. Webster admits, though, that operators must balance the different demographics, especially in the midscale segment. “[Most] of their customers are boomers, yet they are trying to stay alive by attracting younger consumers.”

No matter whom a brand is talking to, one thing is for sure, says Webster: “Standard messages simply are not resonating the way they were. Those clinging to cheap, cheap food are going to rapidly become far less relevant to the vast majority of consumers. And as Gen Z comes into its own and has more money to spend, that will become even more the case.”

While Arnold says the brands following in Chipotle’s marketing footsteps tend  to be smaller or regional brands, even large legacy brands can change their marketing stripes. “McDonald’s has a value menu and price-based marketing, but you have seen McDonald’s play with the idea of storytelling,” says Webster. “Last year, it showed farmers. It is a large national account looking to bring [the brand] down to a human level.”

“Every restaurant or brand within foodservice has a reason why they were started,” says Maeve Webster of Datassential. “McDonald’s has a great backstory that almost no one talks about anymore. Whether it’s a food truck or the largest national account, there’s a story. They just need to start pulling it out and telling it.”

Admittedly, this touchy-feely method of marketing is difficult for more established brands due to consumers’ preconceived notions, says Chipotle’s Chris Arnold. Not only because of the traditional models of price promotions that diners have come to expect, but also because of franchising. “It’s an unorthodox approach. It’s difficult in an environment where you are forced to a higher degree of consensus,” he says.

Regaining customers’ trust through stories is not impossible, says Sweetgreen’s Nicolas Jammet, it just might take a long time.

It’s a hurdle operators will need to figure out, says Webster, as some not adopting storytelling already are suffering. “Fast casuals really latched onto this idea of telling stories at all levels of the brand. And they are really the only ones experiencing growth in foodservice,” she says.