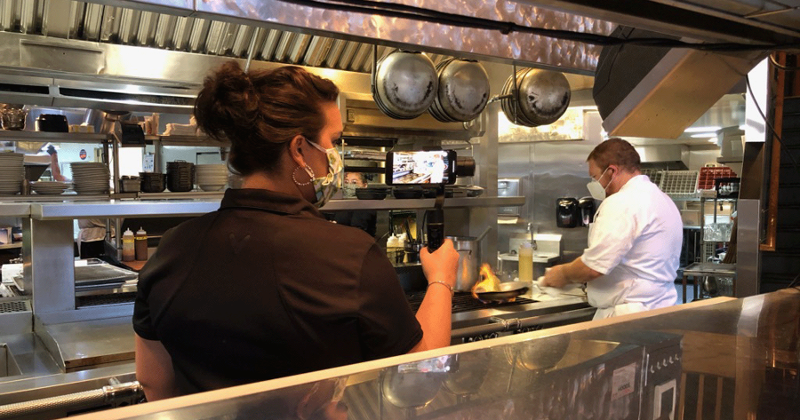 With conferences and business meetings cancelled through the end of the year, restaurants in host cities are losing out on dine-arounds and catered events. At the same time, companies are missing the team building and interaction that happens over shared meals.

Carl Sobocinski, founder and president of multi-concept restaurant group Table 301 in Greenville, S.C, came up with a plan that helps both sides. The chefs from his restaurants—which range from Mediterranean tapas to French bistro fare and Southern cuisine—lead virtual cook-alongs.

While a number of operators around the country are bringing in some revenue through video cooking lessons, virtual tasting dinners and meal kit preparation demos on Zoom, Table 301 is doing this on a national scale with up to 200 participants. And Fortune 500 companies are footing the bill, which includes shipping a box of ingredients to each employee. 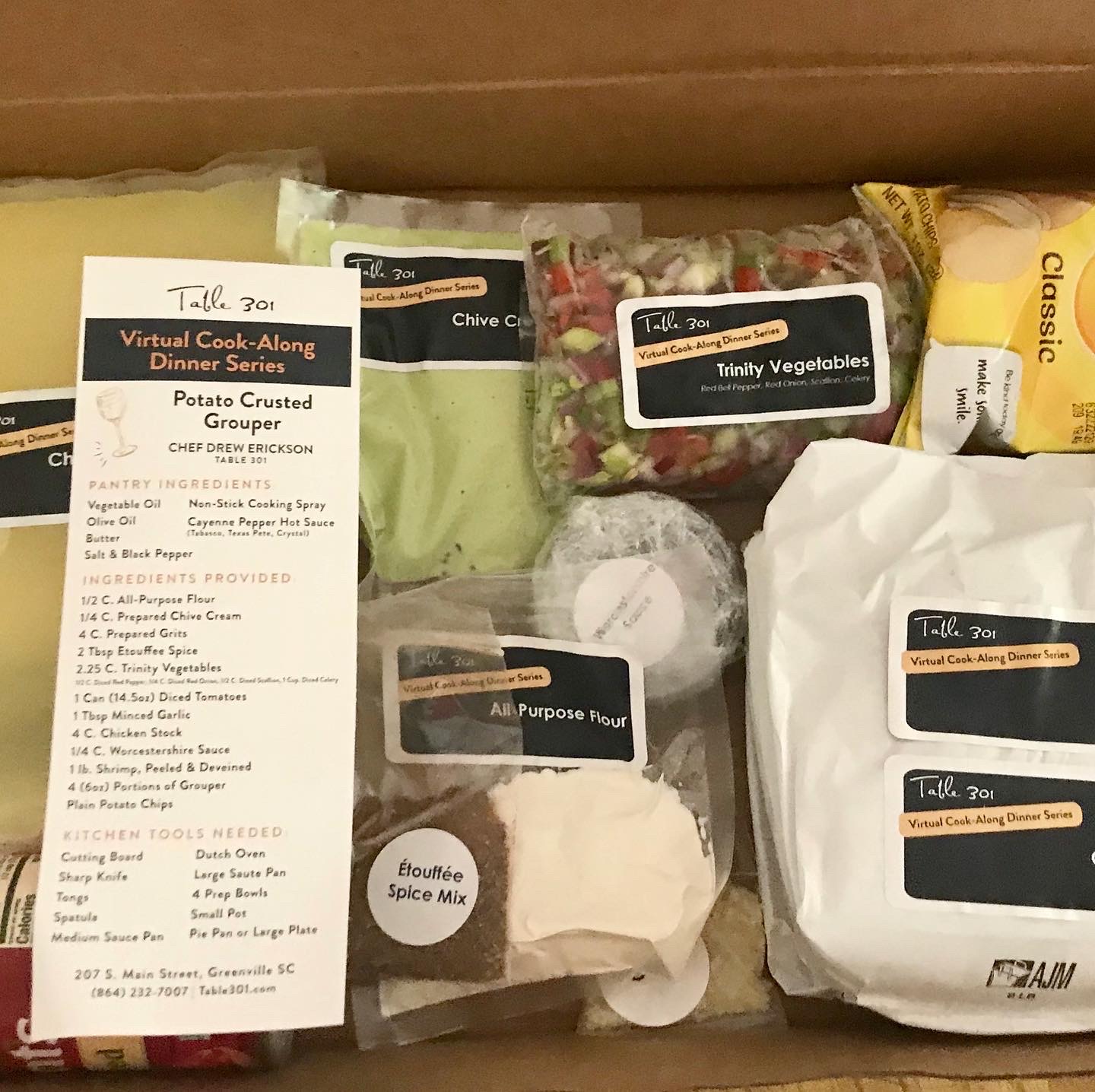 “The idea came first about when a big local fundraiser was canceled in April,” says Sobocinski. “Two hundred people bought tickets and we set up the event on Zoom, delivering boxes of ingredients to each attendee.” Some of the execs who attended worked for major corporations, including Michelin and a large hospital system, and approached Sobocinski to find out how they could connect their people through a similar virtual event.

Once Table 301 had a few virtual cook-alongs under its belt, the group posted photos and video clips on Instagram and Facebook, and word spread. The catering sales staff markets and organizes the cook-alongs with customers, and the catering kitchen staff assembles the ingredients—providing the opportunity for Sobocinski to get some of his employees back to work. 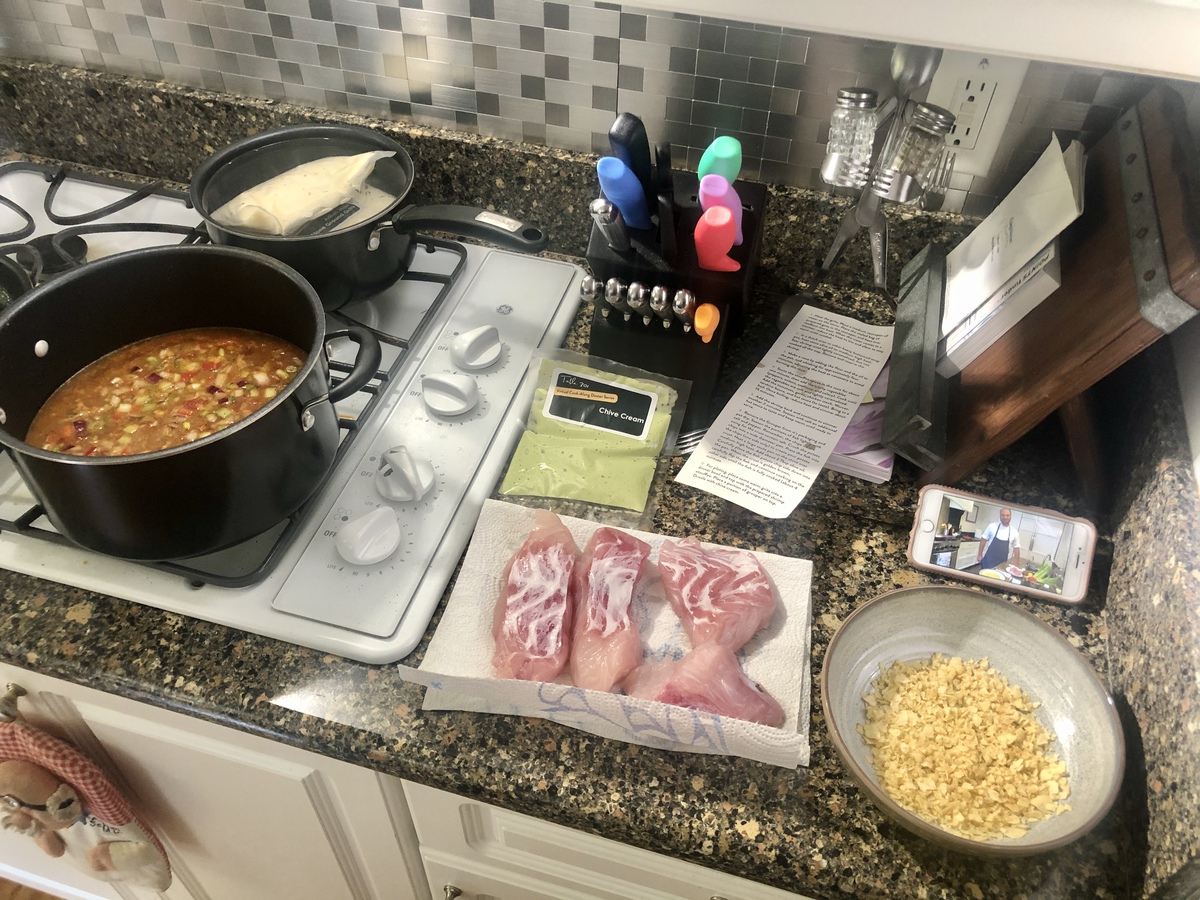 Corporate clients pay for their employees to attend and each participant receives a box of ingredients. Meals for four run $40 to $100 or higher, depending on the menu, and purchasers can add a bottle of wine for another $20 more. On the designated day, the recipients join the private event via Zoom or Facebook Live. One company offered two live virtual dinners on the same date—one on Eastern time and one on Pacific—encouraging employees to send in photos of their finished dishes for a “best plate” contest. 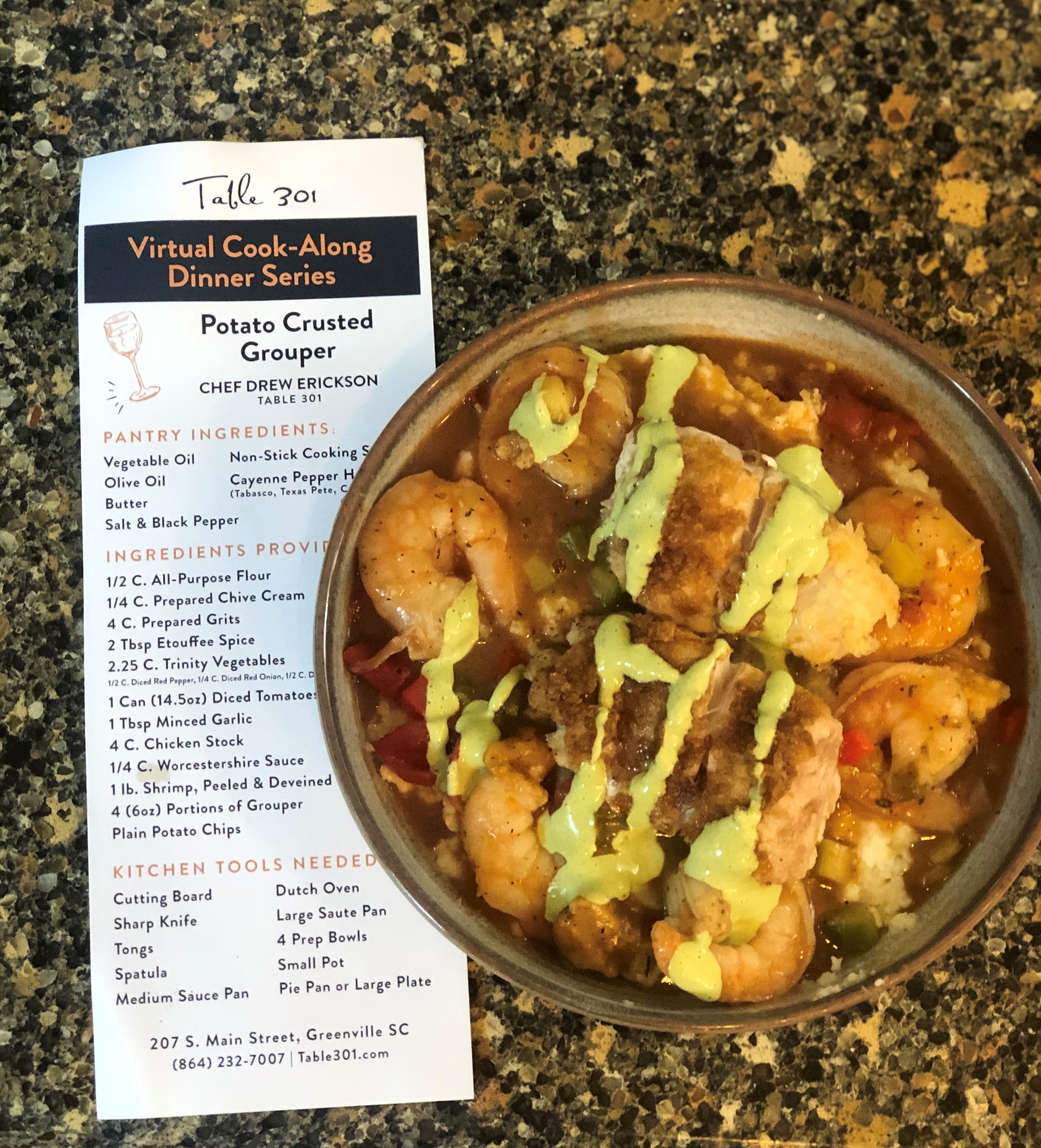 “The cook-alongs are live, so the chefs sometimes mess up and don’t follow the recipes exactly, but they make it a learning experience,” says Sobocinski. It’s low-pressure, interactive and fun, with Table 301 chefs bantering back and forth with participants as they go along and company execs chatting with viewers.

Even now that Table 301 concepts are open for indoor and/or outdoor dining, the virtual cook-alongs are still going strong. Sobocinski says he has bookings through October.