Just Salad launched an endless salad bowl promotion for May, joining a number of other chains that have debuted recent pay-upfront deals.

Just Salad’s $99 Unlimited Salad Bowl, which sold out in about six hours today, entitles the purchaser to one salad each of the 31 days in May. That includes any chef-designed salad or a custom creation with four toppings and one protein. The deal breaks down to $3.19 per salad if purchased each day. The chain limited sales to 100 Unlimited Salad Bowls. 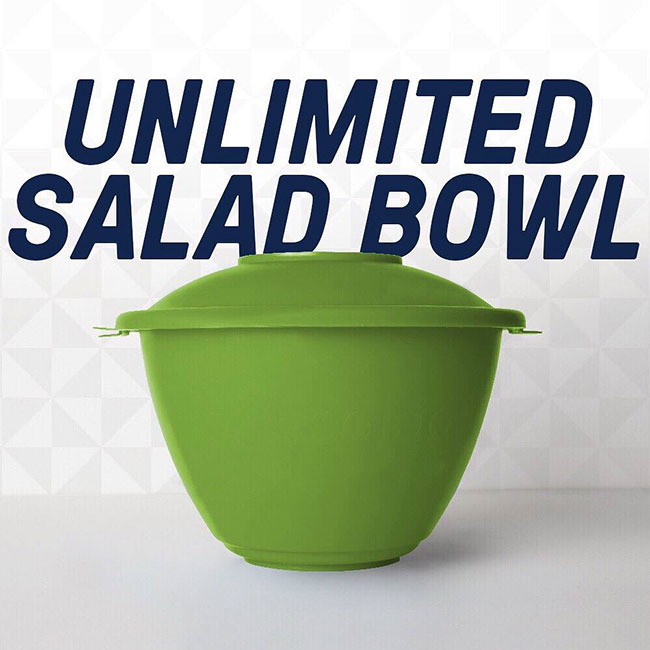 A number of other chains have found success with similar pay-upfront promotions, most notably Olive Garden’s Never Ending Pasta Pass, which typically sells out in less than one second.

The Unlimited Salad Bowl promotion meshes with Just Salad’s sustainable, earth-friendly mission. The fast-casual chain already sells a $1 reusable bowl, with which customers can get free toppings during each visit. About 785,000 consumers have used the reusable bowls in the last year, the brand says.