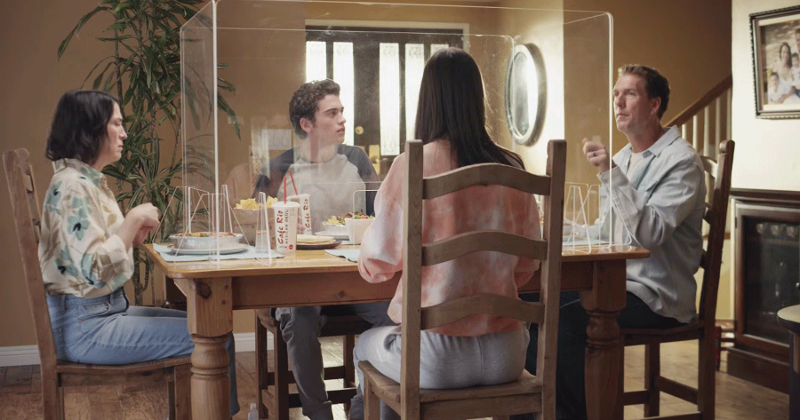 Back in early spring, consumers quarantining at home were watching a lot of TV. But there weren’t many commercials relating to this new normal. Social media channels were promoting takeout and delivery, but it seemed that marketing teams at restaurant and delivery companies were as unprepared for a pandemic as the rest of the country.

Fast forward several months, and the pace has picked up. While social media channels are still getting most of the action, television commercials are now appealing to pandemic-weary consumers with targeted—and often humorous—messages.

McDonald’s has been proactive in its approach, promoting its $1 drink deals as a way to get trapped consumers out of the house and into its stores. And GrubHub encouraged viewers to “reward themselves with tacos” after spending time on the couch, using animated characters to get the message across.

Mexican fast casual Café Rio aired a commercial to announce the return of is Carne Asada, featuring the real family of actor and comedian Regan Burns. It’s shot in the family’s home and the humorous scenes show the kids and parents catching a whiff of carne asada through their masks, eating dinner surrounded by plexiglass and taking off for a day of home schooling with the item in lunch bags.

Café Rio teamed up with Funworks, an agency that specializes in improv-inspired marketing. The goal was to create an ad that poked a little fun at pandemic restrictions yet remained empathetic.

“We worked closely with the Cafe Rio Mexican Grill team to make sure the tone felt right and that the ideas could evolve as things within the world continued to change,” Funworks CCO Craig Mangan said in a statement. “From the script to the directing to the editing, we were constantly having conversations about the boundaries of the humor, showing the Carne Asada obsession as well as the absurdity of people's ‘new normal’ in a relatable way that wasn't making light of the hardships people are facing today.” 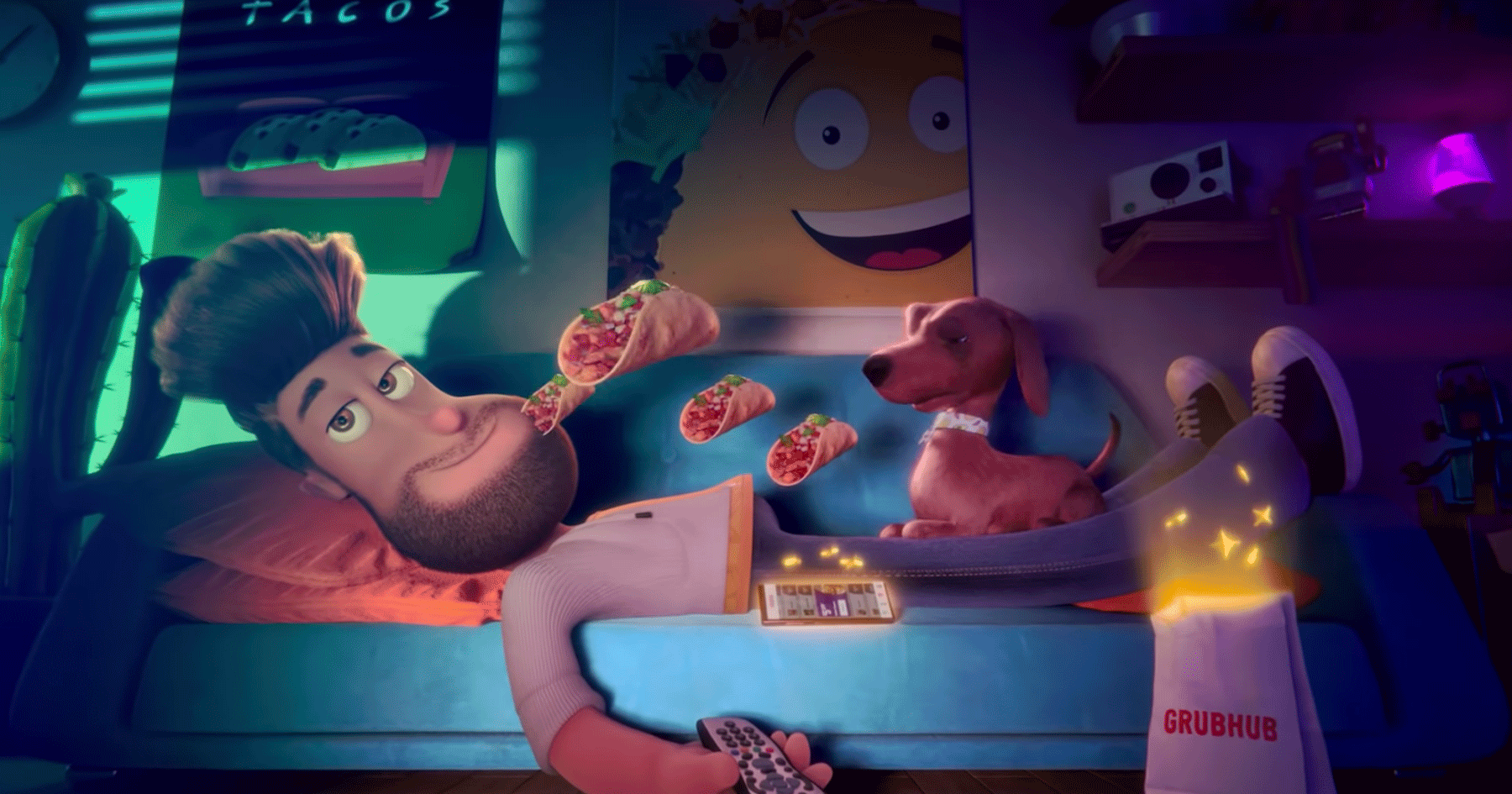 What type of commercials are resonating now with pandemic-weary consumers? EDO, a data, measurement, and analytics company that tracks advertising, reports that GrubHub saw a 14% lift in search engagement above the brand’s 90-day benchmark for its animated ad.

DoorDash’s amusing ad “Without Restaurants” had greater impact. The commercial joked that ordering food delivery to help local restaurants really helps actors, as many current stars started off working in restaurants. When it was re-released as a 15-second spot in mid-August, it saw a 49% lift in engagement, found EDO. 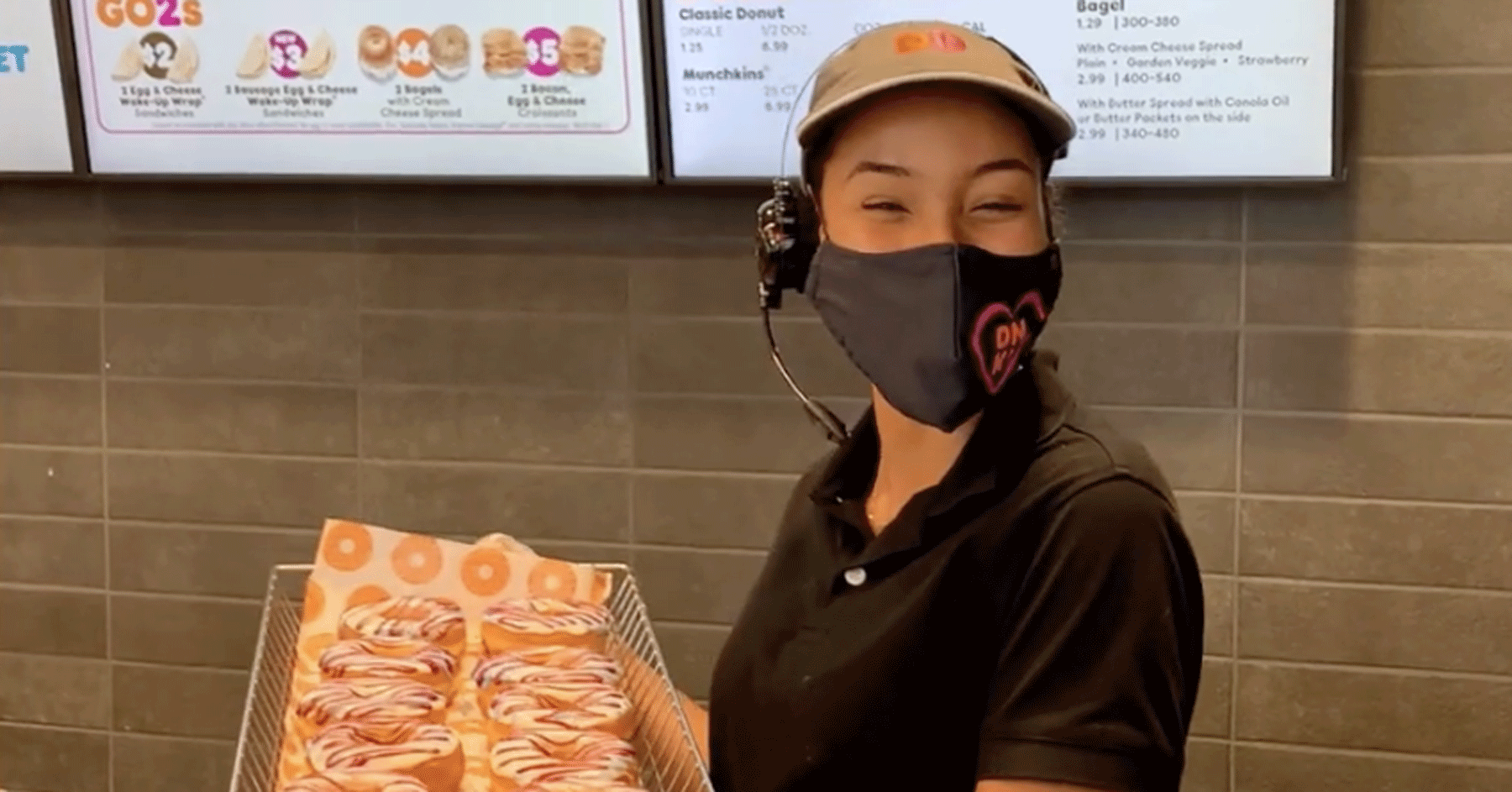 While consumers eager to get out of the house may now be most interested in seeing restaurants following safety protocols, EDO reported that the response was different in April and May, especially with casual and midscale chains. Olive Garden, for example, generated high engagement from its Buy One, Take One To Go campaign, which offered empathetic messaging and an attractive BOGO deal. It scored 60% better than the brand’s 90-day benchmark.

In general, restaurants that continued to advertise during the pandemic saw results, EDO told Restaurant Business. “Both the QSR/Pizza/Fast Casual and the Casual/Midscale categories have continued to drive above-average consumer search engagement with national TV advertising on a per-person, per-second basis compared to all national TV advertisers from the week of March 16th through now. This was particularly impressive given the downturn in consumer engagement seen across many other categories during the initial weeks of the pandemic,” the company said.