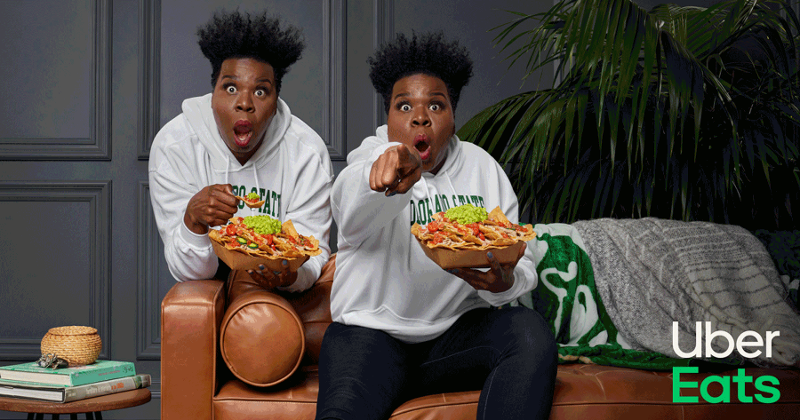 Now that the 2021 NCAA basketball championship is in the books, tech company AcuityAds took a look at the campaigns that dominated the tournament among fans.

The majority of the digital video ads came from the financial services industry. But among the most-viewed ads, three restaurant-related brands ranked in the Top 10.

Coming in at No. 1 was Uber Eats, rising to the top from its previous ninth place spot. The ad featured former Saturday Night Live cast member Leslie Jones in the company’s continuing “Tonight I’ll be eating…” celebrity-driven campaign.

Earning fourth place was an ad from Buffalo Wild Wings. The chain lost a huge chunk of business last March when the tournament was abruptly canceled, and its ad—aptly titled “March Madness is Back”—celebrates the return of the games with the “official chicken wing of the big dance.”

Views of Wendy’s “Biscuitball” campaign made it No. 10 on the list. The brief spot simply urges consumers to get their free Honey Butter Chicken Biscuit with a breakfast order during the first weekend of March Madness. Wendy’s won big with breakfast in 2020, and seems to be playing off that win.

The ranking is a compilation of the most-watched brand-driven video ad campaigns in a particular sector as measured by AcuityAds’ True Reach Insights Platform. The platform captures the number of times a video is viewed across top websites in a specified time period.