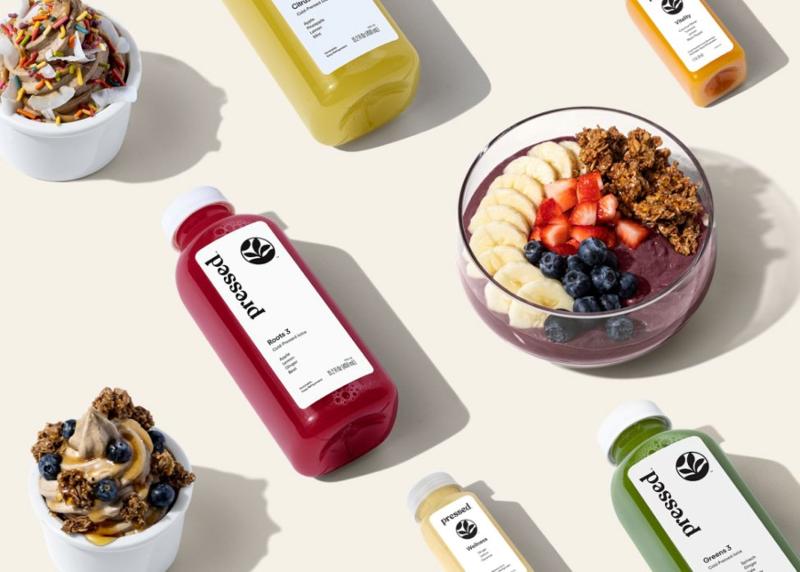 The name change is part of a rebrand for the 11-year-old fast-casual juice chain that operates more than 90 units in eight states, as well as an extensive wholesale network, the company announced this week.

The rebranding efforts include changes to the menu, Pressed’s rewards program and new store designs.

The chain’s plant-based menu will include new items such as wellness shots, dairy-free soft serve, smoothies and smoothie bowls. The new items will debut throughout the year.

Pressed has also updated and simplified its rewards program, allowing members to earn points for food and beverages and access members-only promos.

The cold-pressed juice concept is revamping all of its stores over the next 18 months for a “modern, clean aesthetic,” the chain said in a statement.

In February, Pressed hired Michelle Peterson, who had a 15-year career in brand management at General Mills, as chief marketing officer.

“While Pressed is evolving, our purpose remains the same: We want to be a partner for good—good nutrition that fuels our consumers’ and community’s best, most vibrant lives,” Peterson said in a statement. “We’re excited for new and existing fans to join us in-store to see all of these simplified and modern changes the brand is making while continuing to offer a plant-based haven that makes healthy eating even more attainable.”

The company saw its sales grow 3.5% from 2019 to 2020, according to data from Restaurant Business sister firm, Technomic. But its average unit volumes fell 9% during the time.