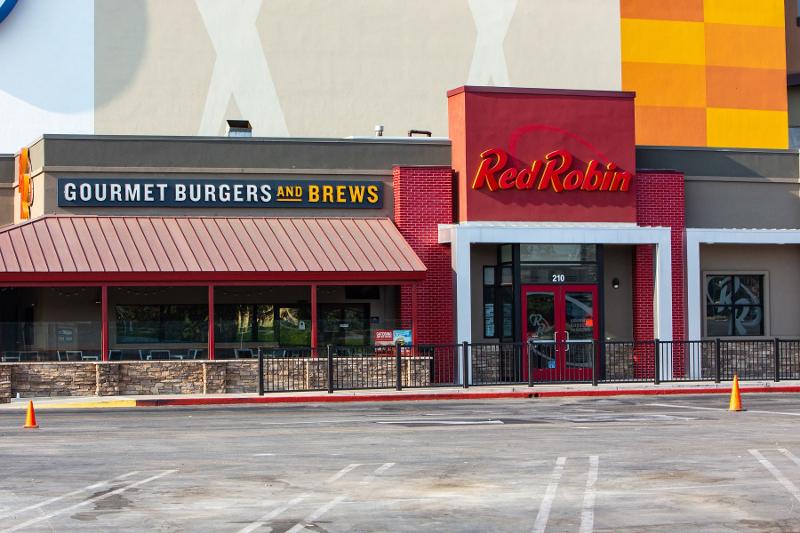 Red Robin plans to aggressively expand Donatos Pizza to more of its restaurants this year, banking on the sub-brand becoming a major profit driver in a post-pandemic environment.

Greenwood Village, Colo.-based Red Robin has been adding the Donatos brand to its restaurants since 2018 in one of the industry’s more unique cobranding arrangements. Red Robin said on Monday that it plans to add the pizza concept to 120 more restaurants this year, bringing the total to more than 200 by the end of 2021.

That would make up more than half of Red Robin’s 400 company-operated locations and more than a third of the chain’s nearly 550 total locations.

The partnership is a rare cobranding deal involving a casual dining brand and another concept. The arrangement enables Red Robin to supplement its burger-centric menu with premium pizzas that tend to play well with the chain’s core audience and give the company another strong takeout option. Red Robin expects that it will be able to generate $60 million in annual pizza sales, and profitability of more than $25 million, by 2023.

Paul Murphy, Red Robin’s CEO, said in May that the chain’s restaurants with Donatos Pizza outperformed those without the menu by 300 basis points in the first quarter.

The deal also represents a massive expansion in presence by Donatos, which has 168 locations—meaning the Red Robin deal will more than double the number of locations where its menu is available.

The pizza chain is primarily focused in the Midwest, particularly Ohio. This year, the Red Robin partnership has taken the brand to states like New Mexico, Utah, Nevada, Oregon and Washington. Later this year it will be expanded to Red Robin locations in Maryland, Virginia and California.

“Our partnership with Red Robin has allowed us to open our distribution line across the entire country,” Donatos CEO Tom Krouse said in a statement. “What better way to expand than with a likeminded, family-friendly partner that can help bring Donatos to the rest of the pie-loving nation beyond the Midwest?”