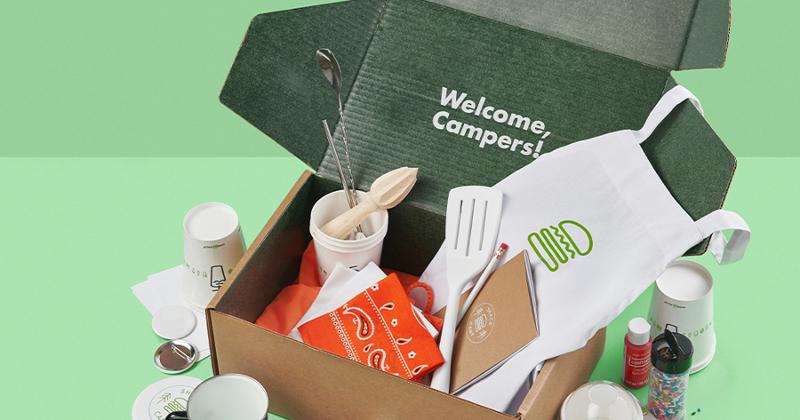 Shake Shack, which still has about 40% of its dining rooms shuttered to slow the spread of COVID-19, is rolling out an interactive summer camp box to entertain consumers who are stuck at home.

The New York City-based fast-casual burger chain launched Shack Camp this week. The program provides six weeks’ worth of family-friendly activities for those who purchase a $79 Shack Camp Box (plus shipping).

The box includes supplies to make a lemonade stand, tell ghost stories around the campfire, make crafts, throw a field day, build ice cream sundaes and get involved in local communities. It also includes $75 in Shake Shack promotions, including free burgers, to be redeemed via the brand’s app and website.

Each week’s suggested activity will be demonstrated on Shake Shack’s Instagram TV channel.

“It’s no secret that summer feels different this year, but Shake Shack is still here to bring the fun and keep you and your families entertained throughout,” the company said in a press release.

Shake Shack, which has a real estate portfolio centered in dense, urban areas, has struggled amid the pandemic. Unlike many burger chains, it does not have any drive-thrus, so it is building pick-up windows and is exploring the addition of order-ahead drive-thru lanes.

Its same-store sales fell 49% for the quarter ended June 24, driven by a 60% traffic decline.

How multi-location operators are focusing on their customers and employees