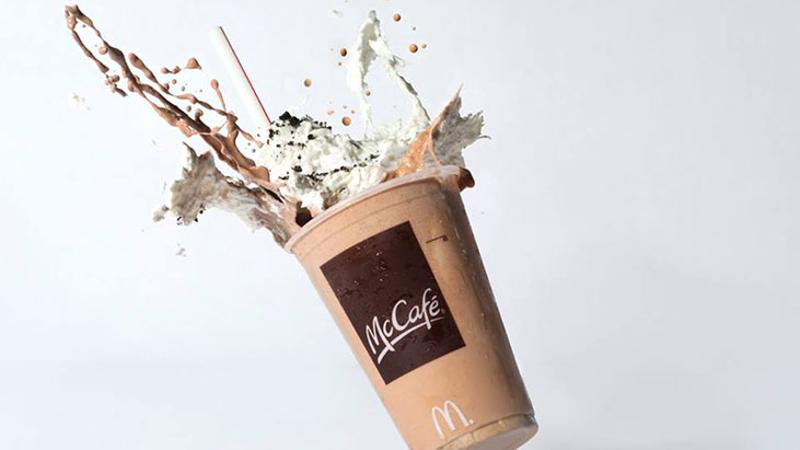 McDonald’s Canadian operation has provided the brand with another weapon to counter tony breakfast challengers like Starbucks: A standalone version of McCafe.

Although coffee-centric riffs on the burger concept have operated for years in overseas markets like Australia, the McCafes that opened this week in Toronto are the only ones in North America. The venture is seen there as a defense against Starbucks and the leader of the Canadian quick-service market, coffee-and-donut chain Tim Hortons.

The McCafes features a menu unique to the chain. Included are such vegetarian options as a grilled-cheese sandwich and a wrap of hummus, sweet potatoes and lentils.

Breakfast is served all day. Morning selections unique to the store include a croissant baked on premise and a cream-cheese Danish made with real fruit. The croissant serves as the foundation for an apple and Brie sandwich. Fresh fruits are also available.

Many of the products are pre-made and offered as grab-and-go options instead of made to order. They are merchandised away from the counter, and consumers can grab the items and pay for them at a self-service checkout kiosk.

The stores’ footprint is about a quarter of the area for a McDonald’s, according to the management of McDonald’s Canada.

The executives have indicated that the Toronto stores could be the first of many McCafes to dot the country.

Officials of McDonald’s Corp. have not said whether or not the freestanding McCafe would be exported to the United States. But CEO Steve Easterbrook said after assuming his role that cross-pollination of ideas from other McDonald’s markets would be part of his effort to restore the brand’s relevance. The turnaround strategy he’s plotted for domestic operations parallels what he did in turning around McDonald’s U.K. business several years ago. And such keys as McDonald’s high-end coffee program, also known as McCafe, was transported to the States from Australia.

McDonald’s tried a McCafe as an adjunct to a conventional unit in Chicago a number of years back. The facility had its own entrance, menu and serving counter, along with a living-room-like area for guests to sit and sip their lattes.

The place was connected to a conventional McDonald’s next door.

The place eventually closed, but it was not clear if that decision pivoted on sales or lease issues.