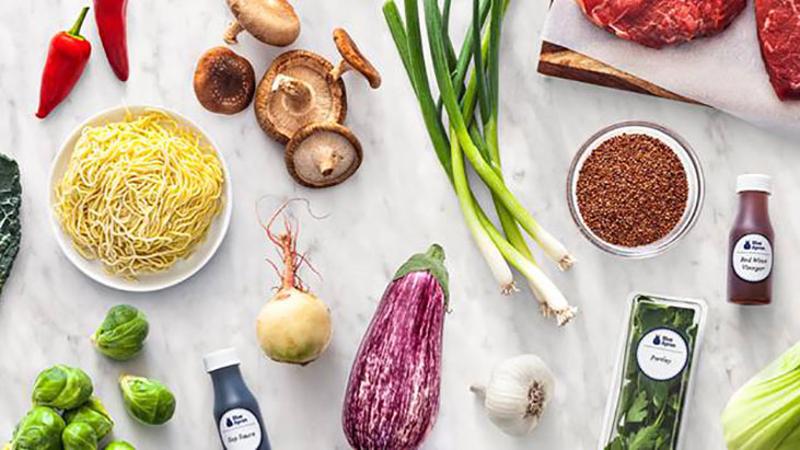 Amazon and Tyson are mounting their push in partnership. Kits will be sold under the name Tyson Tastemakers and delivered to homes through Amazon’s Amazon Fresh grocery delivery network.

The venture was confirmed this week by Tyson CEO Donnie Smith in a conference call. Amazon has yet to comment publicly.

Smith said the new business will launch in the fall.

The New York Times has confirmed that it will lend its name to meal kits sold through an entrant already in the field, Chef’d. The meals will be based on recipes highlighted on the paper’s NYT Cooking website. Customers will reportedly be able to click to place an order and have the ingredients for the meals delivered to their homes by Chef’d.

The start date of the service was not revealed.

The Times says NYT Cooking has about 7 million monthly visitors, drawn in part by 17,000 recipes.

Meal kits are an attempt to provide chef-quality dinners and lunches to consumers who are pressed for time but still want to prepare what they eat. The kits typically contain all the ingredients for a meal, preportioned and often chopped, diced or cubed as necessary. The customer provides the final prep and cooks the components.

Services in the field usually offer a subscription service where meals are automatically shipped to the customer’s home on a prearranged schedule.

The market, often viewed by restaurants as an emerging competitor, collected $1 billion in sales globally in 2015 and $400 million just in the United States, according to Technomic, the research sister of Restaurant Business. The researcher has forecast that sales will climb to $4 billion worldwide within the next five years.