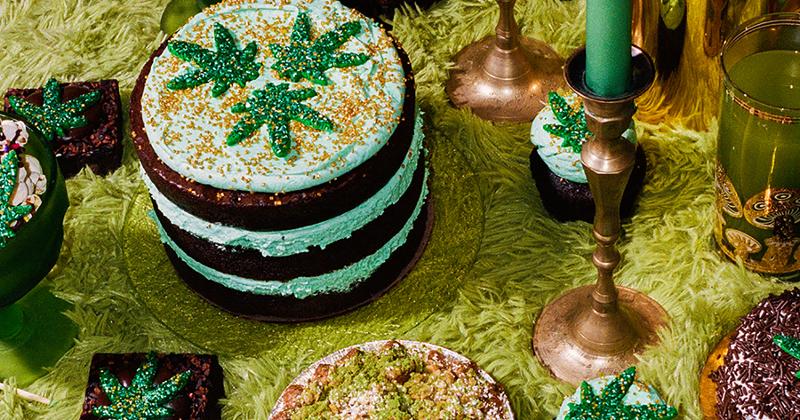 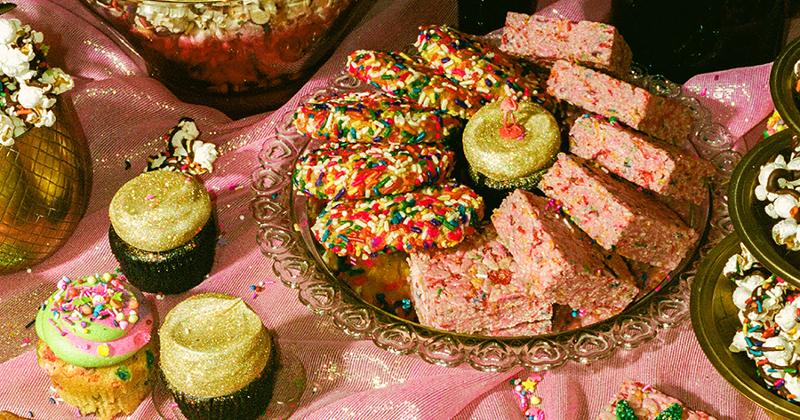 With marijuana currently legal—either medicinally or recreationally—in 33 states and consumer acceptance of the once-taboo drug on the rise, restaurant operators are seizing the opportunity to capitalize on pot culture and weed-infused menu items.

As far as Nick Bergelt, chief concept officer of Georgia-based Stoner’s Pizza Joint sees it, in five years, “the marriage of all things cannabis and food experiences” will be as common as pairing beer, wine or spirits with a meal.

Some concepts, such as the soon-to-open The Village Joint in Cocoa, Fla., are riffing on the popular jargon of pot culture in themed menu items. Others are actually incorporating marijuana and its derivatives in dishes.

Here’s a glimpse at how operators are making the most of the country’s current burning fascination with marijuana.

Stoner’s, which started in 2013, was acquired in 2017 by multiconcept operations group HHI Hospitality. “We thought it could be a strong brand moving forward, with just the general paradigm shifts across the U.S. around marijuana,” Bergelt says. “It’s a green space for us.”

Bergelt and team are working to rebrand the concept, with an eye toward targeting millennials and college campuses. Stoner’s is currently signing franchise agreements and is at work on CBD-infused oils and pizza sauces to add to its menu. CBD, short for cannabidiol, is a component of marijuana that many believe offers health benefits without providing the drug’s physical high. “Everything is on fire for anything within the sphere of marijuana culture,” Bergelt says.

The chain, which gets half its revenue from delivery, is focusing on tech to ease operations, using artificial intelligence to streamline drivers within its own delivery fleet. “The hospitality piece would get lost through Uber or a Postmates driver,” he says.

The Stoner’s Pizza Joint app delivers messages to customers through the entire order, from the point of sale to pizza preparation to delivery. The process is adaptive, though, and based on whether consumers engage with the messages. “We’ve put a lot of effort into making you feel really good about that pizza by the time it’s handed off to you,” Bergelt said.

In Arizona, where pot is legal medicinally, two-unit Mint Dispensary is upping the traditional edibles offerings with a full menu of marijuana-filled dishes. All items are available for takeout only and include medicated breakfast burritos and biscuits and gravy (listed on the menu as having 25 milligrams of THC, the active ingredient in marijuana). For the holidays, the dispensary sold apple and pumpkin pies with customizable THC levels. With the growing number of dispensaries around the country, a full food menu that goes well beyond traditional gummy bears and hard candies represents a big area of opportunity for enterprising operators.

What are the restaurant concepts to watch in 2019?

New York-based vegan fast-casual juggernaut By Chloe garnered headlines late last year for adding a line of menu items infused with CBD, joining a growing number of restaurants and food manufacturers now selling CBD-laced drinks and snacks. By Chloe’s CBD items, launched at the two units of the chain’s dessert-focused spinoff, Sweets by Chloe, include infused coffees and teas as well as crispy rice treats, brownies and more. The line was created after By Chloe offered a limited-time CBD Daily Hit Brownie.

Collins will lead operations, marketing and investor relations at the restaurant software company.

A group called Save Casa Bonita has filed an objection to the proposed sale, offering to pay $3.5 million for the Mexican restaurant/tourist attraction.

The National Restaurant Association has asked a coalition of civic leaders to maintain the concessions that allowed sidewalk and streetside structures to pop up during the pandemic.

Time Out Market hires a COO