The former CEO of Oath Pizza is the new head of fast-growing plant-based fast-casual chain By Chloe, the company announced Thursday.

Patrik Hellstrand, who also previously held an executive post with the Equinox luxury gym chain, will steer 13-unit By Chloe as it expands.

In April, the 3-year-old chain announced it had received $31 million from several capital funds and that it planned to double its units in the U.S. and internationally. 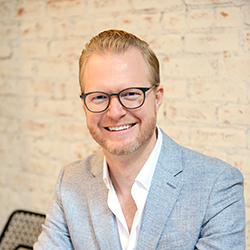 “I’ve long been committed to the movement and focus around wholesome food and sustainability, which is why I love how By Chloe has been able to carve out a niche and offer a plant-based menu with an added, uniquely indulgent, feel-good food experience,” Hellstrand said in a statement. The chain’s recent growth has not come without some internal strife. Co-founder and namesake Chloe Coscarelli was ousted from the brand in 2017 after an arbitrator declared her “grossly negligent” in the company’s business dealings. Coscarelli then filed suit against By Chloe’s owners for trademark infringement, demanding that the chain stop using her name. The suit was later dismissed.