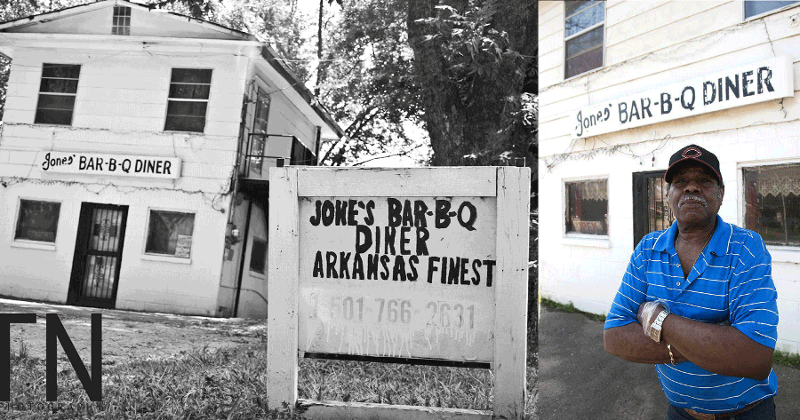 But owner James Jones, who started working at the legendary barbecue spot more than 60 years ago, said he is ready to rebuild and get back to work.

In less than 24 hours, a GoFundMe set up to help Jones Bar-B-Que Diner—believed to be one of the oldest Black-owned restaurants in the South—had exceeded its $10,000 fundraising goal.

“I am just surprised how supportive people are,” Jones, 75, said Monday morning. “I try to do my best, that’s for sure. I like what I’m doing.”

On Sunday, Jones had six pork butts cooking in a small barbecue pit outside the restaurant’s back door, when a grease fire erupted, destroying the back portion of the small restaurant, Jones’ son, James Jones, Jr., said.

No one was injured in the fire.

James Jones, Jr., a high school teacher and football coach, said he helps cook at Jones Bar-B-Que Diner “from time to time,” and that his mother helps out on weekends. Mostly, though, his dad runs the show.

“He loves the whole thing,” the younger Jones said. “It’s not about the money. He likes to see the customers smile. He just loves it.”

In 2012, the James Beard Foundation named Jones Bar-B-Que Diner one of its “America’s Classics” winners, reserved for iconic spots that are well-regarded in their communities.

“There is NO MENU,” it notes. “All Jones BBQ Diner serves is a pork BBQ sandwich on Wonder Bread.”

Jones’ father, Hubert, launched the diner in 1964, and Jones started working there when he was just 14. The restaurant has remained in its original location all of those 57 years.

Jones has said that he cooks 900 pounds of pork during a typical week, with that number jumping on holidays.

“Jones is a landmark that must be preserved,” wrote one of the people who donated to the GoFundMe.