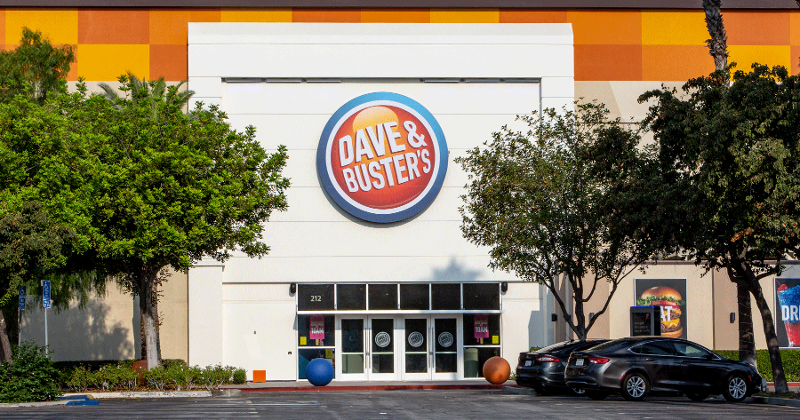 Dave & Buster’s, battered by the impacts of the pandemic, is hard at work improving nearly every aspect of its food-and-games concept, its CEO told analysts Thursday.

But there’s just one important question:

Are customers ready to return to Dave & Busters, even a new-and-improved version?

The Dallas-based chain reported a same-store sales drop of 87% for the quarter ended Aug. 2, on a comp base of 68 stores (compared to a base of 99 stores during the same period last year). Revenue fell 85%, declining to $50.8 million. Net loss for the quarter totaled $58.6 million.

As of Wednesday, Dave & Buster’s had reopened 89 of its 137 stores. In June, the eatertainment chain said it was on track to open all of its stores by this month—barring any COVID-related delays. The chain has permanently closed just two locations, one in Houston and another in Chicago.

The company now says it expects to open all of its stores before the end of December, with 11 units in New York and 16 California stores among the last to return. Those 27 stores typically generate 25% of the chain’s systemwide sales and are in the top quartile in terms of historical store-level profitability.

“So, obviously, these stores are very important to reopen in order for us to fully rebuild our business to pre-COVID levels over the longer term,” CEO Brian Jenkins said during a call with analysts.

Dave & Buster’s mall-based locations are particularly hard hit, as consumers have yet to return in large numbers to indoor shopping for recreation. The chain’s mall units are currently performing about 7 percentage points lower than non-mall locations, Jenkins said.

“The mall situation is a bit tough, candidly,” he said. “We’re definitely seeing a slower recovery.”

As it seeks to drive more traffic, Dave & Buster’s is working to boost food and beverage attachment.

The chain is testing a snackable menu, available in the arcade area, by ordering from a mobile phone or kiosk. Dave & Buster’s is also looking at updating its menu and driving frequency through “newer, more innovative culinary applications,” Jenkins said.

Dave & Buster’s is also looking at developing new programming for its massive video screens, which it calls Wow Walls.

“We aim to be the premiere sports-watching destination,” he said.

But, Jenkins later admitted that he wasn’t sure if customers were ready to watch sports inside yet.

“We really don’t know what demand is going to look like for the in-store watch experience,” he told analysts. “I think society and people in general have gotten pretty used to being at home and doing things at home or eating, doing projects on their houses and every other thing. So, whether we’re going to be able to drive people in to watch sports on our great assets is a question mark. Let’s be candid here.”