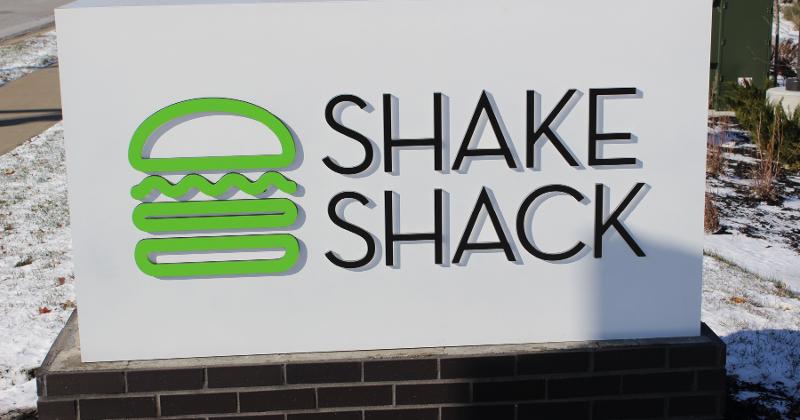 The chain plans to add 10 to 15 drive-thru units this year./Photo courtesy of Shake Shack.

Shake Shack plans to more than double the number of drive-thru locations this year, CEO Randy Garutti said at the annual ICR investor conference on Tuesday.

The New York-based chain only has 11 drive-thru units open now—most of which opened in 2022—and the company is still studying what works. But drive-thru units are showing strong results, with AUVs of about $4 million plus and profit margins on par or better than company averages.

For 2023, Shake Shack plans to open another 10 to 15 drive-thru units. Though they are more expensive to build (generally about $2.4 million to $3 million compared with the $2 million buildout for traditional locations), Garutti said some units are pushing closer to $5 million AUVs.

“We think this will be a critical part of our growth going forward,” he said.

So will smaller format units, which are generally less than 3,000-square-feet but can still do solid business.

He pointed to a drive-thru location that opened recently in Orlando, where the ICR conference was held. Garutti said that restaurant is already running average weekly sales of about $86,000, and is expected to have a nearly $5 million AUV.

Just a mile away in a food court, a small-format Shack is generating a $4 million AUV with a nearly 20% operating profit margin.

While the core of new unit development will be traditional company-owned locations, Garutti also sees a huge opportunity in international growth. Shake Shack is moving into the Bahamas and Thailand for the first time this year, and Malaysia next year.

The 436-unit chain includes 285 restaurants in the U.S. and 145 internationally.

Same-store sales were up 5.1% for the quarter, including an 8.1% increase at urban units specifically. For the year, comp sales were up 7.8%.

Overall, Shake Shack opened 36 company operated restaurants in fiscal 2022, with 22 of them opening in the fourth quarter. Another 33 new licensed Shacks opened last year, including 13 during the fourth quarter alone.