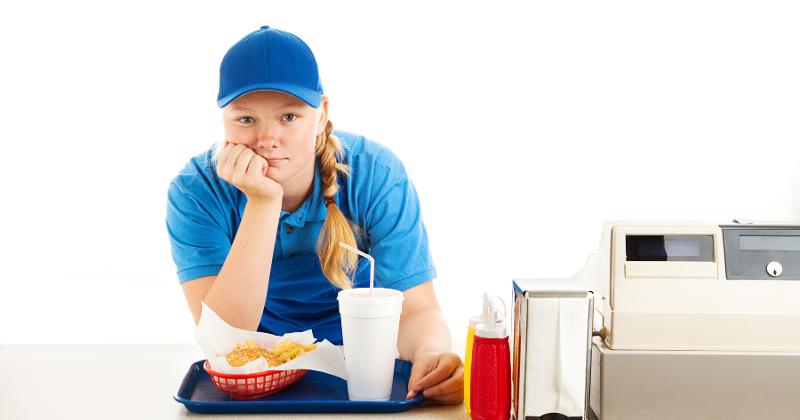 The Fast Act is designed to give workers, labor organizers and franchisees more say in working conditions./Photo courtesy of Shutterstock.

A Superior Court judge in Sacramento on Friday granted a preliminary injunction that keeps the controversial Fast Act on hold, at least a bit longer.

In the ruling, judge Shelleyanne Chang said the Fast Act should remain on hold until signatures can be verified on a petition that calls for the new law to be overturned via referendum. Once those signatures are verified, which was expected by Jan. 27 but could take at the most until March 13, then the Fast Act could be paused until November 2024, when the referendum is scheduled to go before voters.

"The harm to the California citizens and electors ... is great given the Court's duty to 'jealously guard' the people's right to referendum and the confusion that would occur if AB257 were temporarily implemented while signatures were verified," the ruling said.

The hearing Friday was the latest skirmish in the ongoing battle over the Fast Act, or AB 257, a bill signed by the governor last year that would establish a statewide Fast Food Council with authority to set wage rates and impact working conditions for those employed by quick-service chains with at least 100 units nationwide.

The law was scheduled to go into effect on Jan. 1, but restaurant industry groups that oppose the bill—a coalition that includes the National Restaurant Association, the International Franchise Association, and chains such as In-N-Out, Starbucks and Chipotle—collected what they said was more than 1 million signatures on a petition to overturn the legislation, enough to put it before voters  in 2024.

For a while, that seemed to ensure the Fast Act would be put on hold for another two years.

Under California law, if an effort to overturn legislation  is scheduled for referendum, the bill is paused until the issue can be decided by voters.

But to qualify for a referendum, the signatures on the petition calling for it have to be verified, which takes time. State officials said that might not happen until mid-January.

As a result, in late December, the state planned to go ahead and enact the new law on Jan. 1—that is until the industry coalition, dubbed Save Local Restaurants, went to court seeking an injunction. That move stopped implementation of the Fast Act at least until Friday’s hearing.

In court, the restaurant coalition argued that Katie Hagen, director of the California Department of Industrial Relations, state Attorney General Rob Bonta, Secretary of State Shirley Weber and other state officials violated the state constitution by moving ahead with the Fast Act, though enough signatures had been gathered to call for a referendum.

“Today’s court decision protects the rights of over one million California voters who demanded their say on this law before bearing its burden,” said the Save Local Restaurants coalition in a statement. “We appreciate the court upholding the state’s 100-year-old referendum process as well as the well-established legal precedent that ensures California voters are able to consider the laws passed by their legislature.”

Outside the Sacramento courthouse, however, fast-food workers and union activists held a rally in yet another drenching rain, demanding that the restaurant coalition drop their efforts to delay and kill the bill. They called on restaurant chains to use the council to address complaints that include wage theft, sexual harassment and unsafe working conditions.

Mary Kay Henry, president of the Service Employees International Union, or SEIU, said in a statement that supporters of the Fast Act would not back down.

"Corporations like McDonald's, Starbucks and others would rather sink millions of dollars into repealing progressive laws than simply invest in creating good jobs and meeting their workers at the table," she said. "These fast food corporations' efforts to stymie progress for half a million Black, brown and immigrant workers are not just anti-union, they are anti-democracy. We will not let this stand."

The first of its kind, the Fast Act was celebrated by labor activists, like Fight for $15 and a Union, who lobbied aggressively for the bill with the goal of giving workers and union officials more say in working conditions.

Under the measure, the 10-member statewide Fast Food Council would include fast-food workers and union advocates, as well as franchisees, franchisors and state officials. All of the members will be appointed by the governor.

The council would have the authority, for example, to raise the minimum wage for fast-food workers to up to $22 per hour during 2023. Currently the state minimum wage is $15.50, though it is higher in some jurisdictions.

Perla Hernandez, a Burger King worker in San Jose, Calif. and a leader in Fight for $15, said in a statement that the court's decision Friday reinforces the perception that "rules in our economy and our democracy are rigged against working people.