Smashburger president Carl Bachmann wants the chain to be the No. 1 fast-casual brand. And the pandemic didn’t stop him from thinking big.

“We kept the doors open the whole time, so we didn’t lose as many employees as other chains,” said Bachmann.

That, and developing and promoting team members from within, are helping Smashburger confront current labor challenges in a better position.

The fast casual also moved ahead with growth plans and is poised to open 40 restaurants in 2021. The chain’s portfolio currently includes 132 franchised locations and 119 corporate stores.

To staff up for openings in major cities, including Chicago and New York, Smashburger “prehires” three to four months ahead. “We like to ‘sharpen the saw’—train and develop people early to get the skills in place,” said Bachmann. “Then we can blend the skilled labor with local hires.”

Some of the 40 new locations will sport a new prototype with a focus on digital and menu innovation. The design features a chef-inspired open kitchen, contactless pickup through food lockers and drive-thrus at selected units.

Towards the end of 2020, Smashburger released its new app and refreshed its website, both of which offer a speedier, friction-free ordering process. A new logo also positions the concept as a hipper, more modern brand, with earth tones replacing the dated color scheme.

But Bachmann gets most passionate when he talks about menu innovation—particularly the Scorchin’ Hot Crispy Chicken Sandwich introduced in April.

“We’ve always been food focused, so when the fried chicken sandwich became a ‘foodie thing’ we wanted to get in on it,” he said. Smashburger had chicken sandwiches on the menu before, but with this item, the team decided to “push the needle on bold flavor” and come out with a hot version. The result—a spicy chicken sandwich with a Nashville hot flavor profile.

The chicken breast filet is dredged in a coating spiked with Nashville hot seasoning and fried, then layered on a toasted bun, topped with mayo blended with hot pepper sauce and pickles. 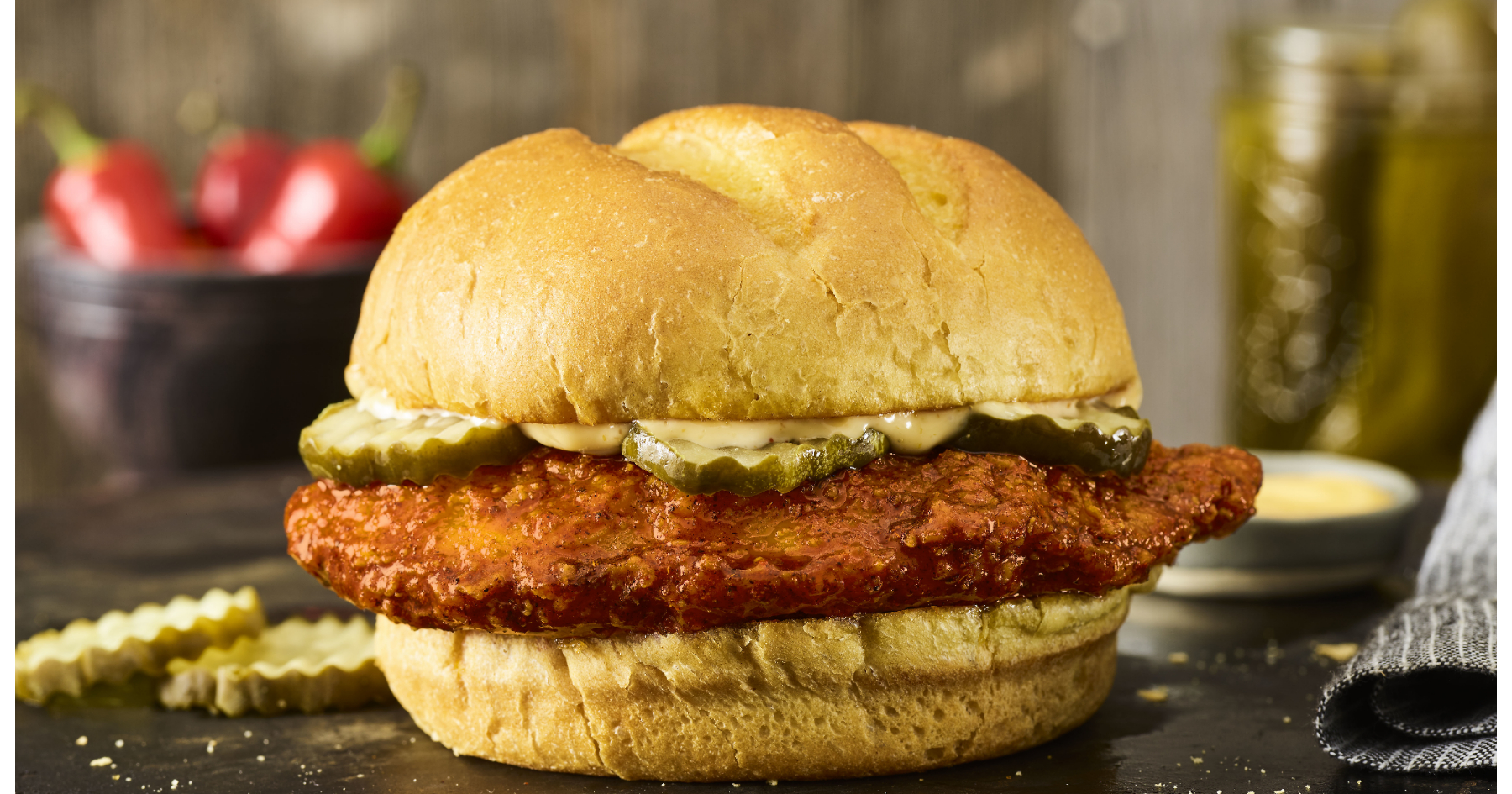 To promote the sandwich, Smashburger tried an unconventional marketing tactic. The “tongue-in-cheek” campaign, as Bachmann refers to it, called for an end to the chicken sandwich wars by inviting quick-service restaurant employees to come into the stores during “Peace Hours” to try the new sandwich for free.

“We wanted to have fun during a tough year and thank restaurant workers who had been on the front lines through the pandemic,” said Bachmann.

The campaign, along with a BOGO deal on April 20, generated a lot of buzz and the sandwich became Smashburger’s No. 2 best-selling item within two weeks. The buy one, get one free offer was the brand’s best-performing promotion so far this year, contributing to a 30% traffic increase, said Bachmann.

“It worked to make people aware that they could get chicken at Smashburger,” said Bachmann.

Although the chain had to scramble to get supply after the sandwich sold out in some locations, parent company Jollibee has access to the largest suppliers, so it was a short-term problem, he said.

Menu innovation is also happening in the burger category. Mid-pandemic in 2020, the fast casual debuted the smoked bacon brisket burger and plans to run it again this year. “We are also looking at more vegetarian and vegan choices, but don’t want to offer one of the commercial plant-based burgers,” said Bachmann, adding that there’s already a black bean burger on the menu.

In the pipeline is a lineup of milkshakes that will launch later this summer. Burgers with regional flavors are also in the R&D stage.

“Burgers will always be a platform for boasting our culinary chops,” said Bachmann.