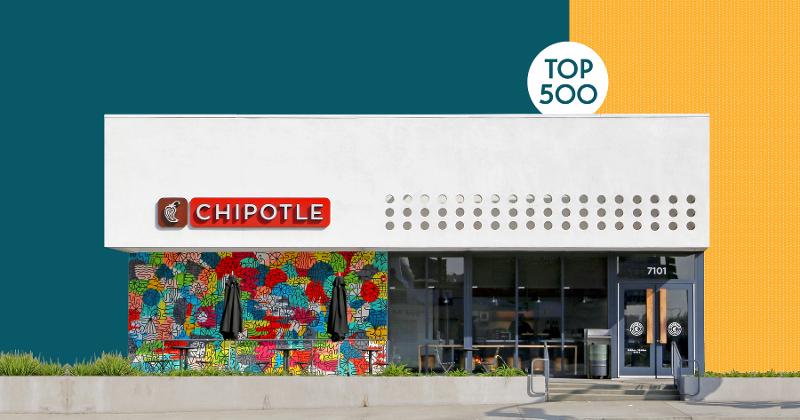 An observer of Chipotle Mexican Grill might think the fast casual has a crystal ball, granting it secret insight into the future.

This is the chain, after all, that launched its now much-copied order-ahead drive-thru Chipotlanes more than a year before the pandemic changed the way everybody wanted to consume restaurant food.

And Chipotle was an early adopter of digital make lines, well before other chains funded the infrastructure to prepare for the massive shift to off-premise dining. By last summer, those secondary make lines were averaging $1 million in sales per Chipotle location annually, sometimes more.

That early investment has given Chipotle the capacity to handle the massive influx of digital business it received when the coronavirus forced families into quarantine.

“The capacity, while not limitless, we are not anywhere near capacity,” Chipotle Chief Restaurant Officer Scott Boatwright told Restaurant Business just after the company released its first quarter earnings last week.

Those are just some of the factors that propelled Chipotle to the top of the fast-casual crop in the most recent Technomic Top 500 Chain Restaurant Report.

It’s not the fastest growing fast casual in 2020—that honor goes to Wingstop, which saw 31% sales growth year over year.

But, since its founding in 1993, Chipotle has proven itself to be a resilient and forward-thinking restaurant company.

A look at Chipotle’s sales and unit growth over the last 15 years shows the chain’s trajectory.

It suffered a notable and significant sales decline in 2016 after a massive foodborne illness outbreak prompted a federal investigation into the chain’s operations. That year, Chipotle’s sales fell to $3.9 billion, down from $4.5 billion the previous year.

Former Taco Bell marketing chief Brian Niccol took over as Chipotle’s CEO in March 2018, taking the helm from chain founder Steve Ells, and the company has been virtually unstoppable since.

Its stock closed at more than $1,000 for the first time in May 2020—in the pandemic’s early months—and it hit a record price of $1,567 a share by mid-April of this year, doubling its price during a 12-month period.

And Chipotle shows no sign of slowing. CFO Jack Hartung said about 80% of the chain’s digital business is sticking around even as its dining room traffic returns to about 60% of pre-pandemic levels.

Chipotle has been aggressive in one-to-one marketing to its digital rewards members, which has grown to about 20 million loyal users since the program launched nationwide in March 2019. Just before the pandemic began, the program only had 8.5 million members.

“The pandemic, of course, really put some turbocharge behind our digital business, but as we’re starting to see COVID move behind us—and we still have a ways to go—we’re keeping most of that digital business,” Hartung told CNBC. “So, really, we’re going to end up being ahead of the game when the pandemic is fully behind us. We’re very optimistic about where we go from here.”