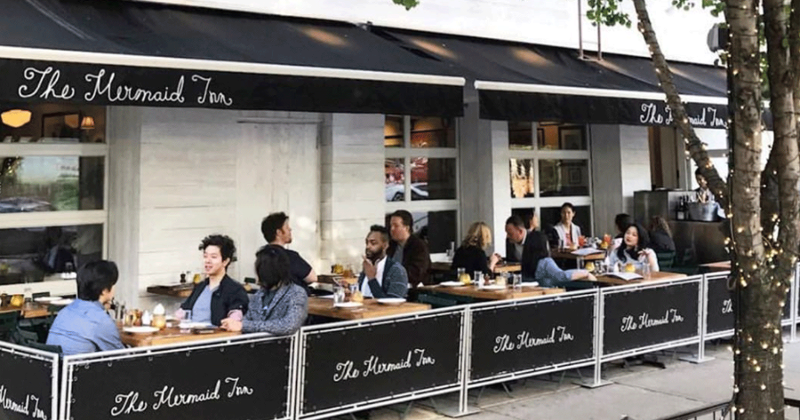 Last September, the owners of The Mermaid Inn penned a moving letter lamenting the death of their restaurant's downtown location. Now, about eight months later, the New York City restaurant is ready for its surprise second act. There’s just one big hitch:

The Mermaid Inn’s owners have struck an unexpected deal with the landlord, but the East Village seafood restaurant relinquished its liquor license when it closed and getting a new one could take four to six months, they were told.

“They said, ‘You’ve got to start from scratch,’” owner Danny Abrams said. “They knew I’d been there 17 years. They knew I was a good operator.”

“He’s just the icing on the cake,” Bookman said of Abrams. “It’s one of the things that keeps me up at night. It’s beyond frustrating. It makes no public policy sense whatsoever.”

New York Gov. Andrew Cuomo added a provision in his budget early this year that would’ve allowed new restaurants in New York City, as well as longtime operators like Abrams, to secure temporary liquor licenses. The process would only take about a month and would allow the restaurateurs to get up and running quickly.

But, Bookman said, the state legislature struck that provision from the budget. Legislation allowing for the temporary liquor licenses has since been introduced, but it is just starting to make its way through the legislative process, he said.

Abrams, who is currently paying rent on The Mermaid Inn location, said if he secures the temporary liquor license, the restaurant could be open by June 1.

“If we don’t get the temporary, we’re looking at August or September and that’s really a problem for our concept because the warm weather is when people want to come and see it and have oysters and lobster rolls,” he said.

Abrams, who opened New York City restaurants in the wake of both 9/11 and the 2008 recession, said he remains an optimist about doing business in the city.

Bookman speculated that hundreds of potential restaurant owners, looking to scoop up locations that closed during the pandemic, could be thwarted by this liquor licensing issue.

“We have a once-in-a-generation opportunity for young entrepreneurs to get into the business in New York City,” he said.