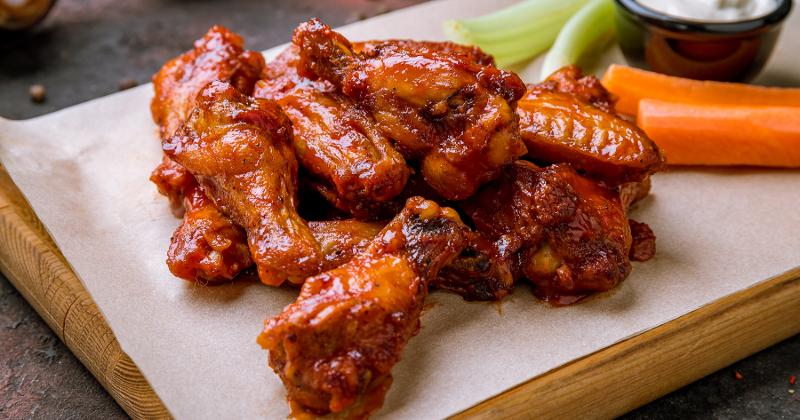 Wingers, a 22-unit casual-dining chain, ordered about 500 cases of chicken wings to gear up for Super Bowl Sunday, the brand’s biggest day of the year.

The chain, which usually sells 22,000 pounds of chicken during the big game, has only received 120 cases of wings from that order so far, Patrick Diessner, Wingers’ culinary director, said.

“February and March have always been big months for wings with the Super Bowl and March Madness,” Diessner said via email. “Between COVID-19 and the increased competition in the market, this has been the hardest year yet. We’re already seeing the impact of the shortage.”

And operators should expect to see continued impacts of what is becoming a major chicken wing shortfall.

The current cold storage stock of chicken wings is at its lowest in a decade, said Isaac Olvera, a commodities and data analyst with supply chain firm ArrowStream, citing United States Department of Agriculture figures.

“In 2018, we saw wing supplies really grow,” Olvera said. “They were continued to be somewhat burdensome. Those cold storage stocks really have ben whittled away. It’s the lowest wing stocks we’ve seen since 2011.”

And, with supply down and demand surging, it does not take an economist to figure out what that does to wing prices.

This week, the average price for a pound of chicken wings was $2.65, up ten cents from the week before. The year began with wings at $2.27 per pound, Olvera said.

Last year at this time, wings were available for $1.81 a pound, on average.

“It’s been pretty much a straight move to the upside,” he said.

Fazoli’s, a fast-casual Italian chain, is one of many restaurants to launch a virtual wing brand during the pandemic, catering to exploding consumer demand for chicken wings by cooped-up diners.

“Because there is significant demand for wings in the marketplace and so many brands are coming online, we are seeing wing inflation,” Fazoli’s CEO Carl Howard said. “Prices are going up. Supply chain is tight and will likely remain that way until the supply normalizes sometime next year.”

Fat Brands, parent company of wing-focused concepts Hurricane Grill & Wings and Buffalo’s Café, expects to sell around half a million wings during the Super Bowl. The operator said it anticipated wing supply issues this year.

“It is even tighter this year with the growth of the market due to the pandemic and the lingering effects of the pandemic on the supply chain,” Gregg Nettleton, president and COO of the casual dining division for Fat Brands said via email. “We anticipated this situation and have been preparing for months to deal with both potential shortages and the allocation challenges we knew would face our distributors.

“When product costs surge for a short period of time, that always affects margins given we utilize printed menus in our casual-dining locations,” he said.

The pandemic has fueled a veritable wing explosion, with existing brands such as Wingstop reporting double-digit growth and other operators creating delivery-only wing concepts to satisfy consumer demand.

Chicken wings travel well for delivery, can be customized with sauces and dips for a variety of tastes, and are relatively inexpensive for value-minded diners. Casual-dining stalwarts such as Chili’s parent Brinker International and Applebee’s have launched virtual chicken wing brands during the pandemic.

A wing shortage might force restaurants to explore other chicken options. Wingstop revealed in November that it is testing bone-in chicken thighs to insulate itself from the volatility of the wing market, part of a broader “whole-bird strategy” for the chain.

And Wingers said it is promoting its Buffalo Cauliflower Wings as a plant-based alternative.

“We will always be wingers and fingers, but we created other options to help our suppliers and give our customers alternatives that still taste good,” Diessner said.