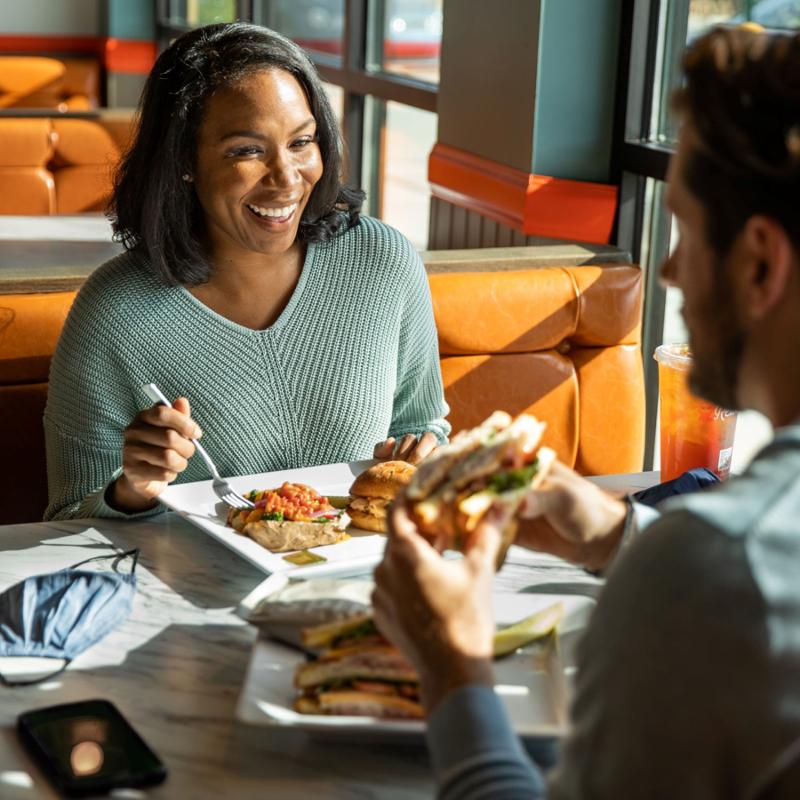 With the pandemic still causing rolling closures of dining rooms around the country, it may seem an unusual time to add tableside ordering.

But, McAlister’s Deli, which is doing just that, is looking at the move as positioning the fast casual for a post-COVID future.

“Historically, we have been a dine-in concept,” Joe Guith, McAlister’s president, said. “We pivoted pretty dramatically with the pandemic.”

Tableside ordering, which has been soft launched at 244 units, with another 100 to be added in the next month, allows diners to place an order on the McAlister’s app and have someone bring the order to the table. This lets diners bypass the line at the counter.

“Accessiblity has been a big push for us,” Guith said. “And, we knew from research that convenience was a challenge.”

As the tableside program gets up to speed, McAlister’s is looking at ways to incentive diners to try it, he said.

McAlister’s currently has 1.4 million people in its loyalty program, which is growing by double digits each month, Guith said.

“Right now, we are on a very good trend,” he said. “We have gone from a dine-in concept that was behind to now a primarily off-premise concept that has multiple ways to engage with the brand. It’s been a pretty dramatic transformation.”

And, even though some dining rooms remain closed amid the pandemic, Guith said, “there is a belief that it will come back.”

Pre-coronavirus, about half of McAlister’s customers stayed to dine in the restaurants. That number has now dropped to less than a third of sales, he said.

McAlister’s started mulling the tableside service offering about 18 months ago, he said, after hearing customers complain about long lines during peak dining times. A new digital platform that launched last year allowed the chain to add the service, as well as curbside pickup and self delivery.

A pilot test last fall showed that 85% of customers using tableside ordering had a positive experience and 65% said the offering would boost their visit frequency, Guith said.

“Why are you doing this because dine-in is down?” he said. “We believe dine-in will come back.”