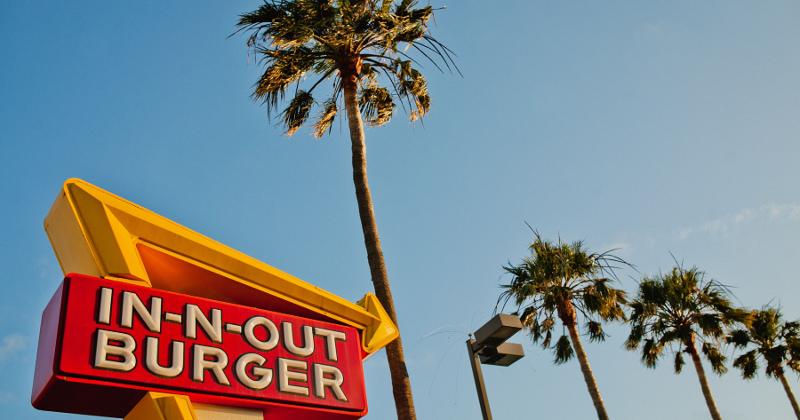 When restaurants open in Tennessee, In-N-Out will operate in eight states./Photograph: Shutterstock.

Look out East Coast. In-N-Out Burger is coming your way.

Restaurants will also open across The Volunteer State, starting in 2026 in the Nashville area, adding a new state to the 385-unit chain’s operations base, which currently includes in California, Nevada, Arizona, Utah, Texas, Oregon and Colorado.

“We are very excited to provide Tennesseans with our quality burgers, fries and shakes,” Lynsi Snyder, In-N-Out’s owner and president said in a statement. She is the sole granddaughter of the chain’s founders, Harry and Esther Snyder, who opened the first drive-thru restaurant in 1948.

“In every decision I make, I always consider what my family would want,” she added. “I have no doubt that my grandparents, dad and uncle would be proud of this decision to grow our Associate family and serve even more amazing customers beginning in Nashville and the surrounding areas.”

For the staunchly West Coast brand, the plan to open a territory office in Middle Tennessee could potentially open up long-awaited growth east of the Mississippi River, though not for some time.

In-N-Out serves burgers made from meat that is fresh and never frozen. The company also controls distribution, so growth has always been limited by the ability to serve restaurants within 300 miles of a meat distribution center.

Corporate offices are split between Irvine, Calif., and nearby Baldwin Park, where the brand was born. But the company also has satellite offices in Lathrop, Calif., Las Vegas, Phoenix, Draper, Ariz., and Dallas, including some with distribution centers.

Snyder said the Tennessee restaurants will be served by a meat production facility in Lancaster, Texas for the foreseeable  future.

"While we are focused on Tennessee at this time, knowing we'll be delivering from our warehouse in Texas, there is a path that crosses a few other states that could be in our future," she said in an email.

That could mean Arkansas, Mississippi, Louisiana or Oklahoma.

Tennessee Gov. Bill Lee said in a statement that In-N-Out’s move is a $125.5 million investment in the state that will create 277 new jobs. Construction on a 100,000-square-foot office will begin in 2024 and be completed by 2026. The territory office will house various support departments, from operations management to human resources and IT, he said.

The announcement also raised speculation that In-N-Out is sending a message to California lawmakers, who last year passed legislation to create a Fast Food Council that regulates working conditions and pay for quick-service workers. In-N-Out was an active opponent of the legislation, known as the Fast Act, which is on hold pending a legal challenge by the restaurant industry.

CKE Restaurants, the parent to the Carl’s Jr. and Hardee’s brands, moved its headquarters from California, where Carl’s Jr. was born, to Nashville in 2016. The former CEO Andy Puzder had threatened the move for years, saying the business climate in California was unfriendly.

UPDATE: This story has been updated with new information from In-N-Out Burger.