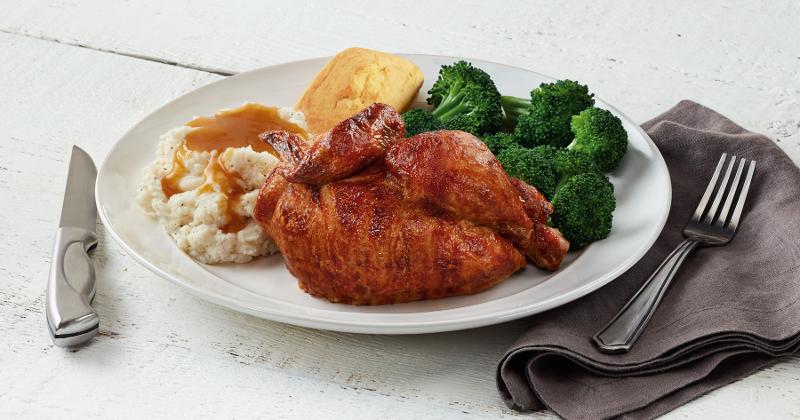 A revamped menu and brand image will turn Boston Market around as it looks to return to unit growth amid years of contraction—at least according to its new owner.

Real estate investor Jignesh “Jay” Pandya’s Philadelphia-based Engaged Brands purchased the struggling fast-casual concept in April from Sun Capital Partners Inc. and has plans to add 100 units to the 350-store chain by the end of next year.

“It’s a legendary brand which has been there for over 35 years,” Pandya told Restaurant Business. “We had always loved to be a part of it. Then, the opportunity came about and we went ahead and bought it … Boston Market was looking for a suitable buyer and we were there at the right price, at the right time.”

Pandya said his company, which has owned Pizza Hut units as well as Checkers and Rally’s stores, had been looking to get into the fast-casual space “for a long time.”

Pandya has a long history in the restaurant industry. He started as a busboy at the now-defunct Chi-Chi’s chain at 15. By 2017, he was considered the largest Yum Brands franchise holder, according to Philadelphia Business Journal.

He closed all of his Pizza Hut units last October, amid declining sales. But he still owns a “quite substantial” number of Dunkin’, Arby’s, and Checkers and Rally’s restaurants, he said. His company also owns eight units of Brazilian chicken concept HNT in the U.S., with the stores being operated by Pandya’s son.

Pandya said his company also has plans to launch the Mumbai-based virtual-reality concept called Smaaash in the U.S. next year.

As for growing Golden, Colo.-based Boston Market, Pandya said his plans are reasonable and that he still owns multiple Pizza Hut locations that could be converted into units of the fast-casual chain.

“In the past few months, we have signed a little bit over 30 leases,” he said. “Those are already in the pipeline. A good portion of them I own the property, so I have those properties available.”

Within the next 90 to 120 days, Boston Market plans to launch its revamped lunch menu that includes sandwiches, bowls and salads, he said. The company is also working on a “reimagined, redefined” Boston Market on a similar timeline, he said.

In May, Boston Market hired Slaton Smith as its chief marketing officer, Pandya said. Smith previously served as director of marketing for Applebee’s in Texas, and also held marketing posts at TGI Fridays, Arby’s and Denny’s.

Smith is at work on rebranding projects for Boston Market, which has struggled in recent years. Last summer, the chain closed 45 units, or about 10% of all stores at the time. Systemwide sales declined nearly 10% from 2018 to 2019, according to data from RB sister company Technomic.

In 1998, the year the chain declared bankruptcy, Boston Market had more than 1,200 locations.

In recent months, Boston Market has reopened 34 units shuttered amid the pandemic.

“It’s great comfort food, family food,” Pandya said. “As with everybody else, we have been struggling with this pandemic. We are hoping everything reopens, so we can serve our guests.”

Pandya said he is currently on the lookout to add more restaurants to his Engaged Brands portfolio.