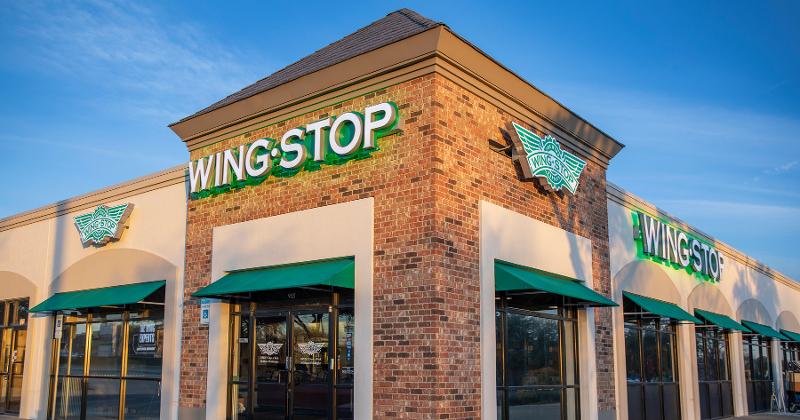 Wingstop’s same-store sales surged more than 33% in April, with the chain further buoyed by low wing prices and continued growth of its high-check digital platforms, the chain announced Wednesday.

An increase in retail sales of chicken breasts resulted in a surplus of wings, which went for $1.60 per pound pre-coronavirus and have fallen to as low as 97 cents per pound, Wingstop executives said during a call with analysts. Wing prices have since risen a bit, and now hover around $1.25 per pound.

The Dallas-based wing chain offered free delivery through DoorDash in April, a promotion that has since ended.

“It did a great job of anchoring the business in delivery and building the business arguably faster than we would’ve expected pre-COVID,” CEO Charlie Morrison said on the conference call. “All of that business was through Wingstop.com. We have complete access to who those customers are.”

Wingstop was already well-positioned to weather the pandemic: Only about 20% of its sales were for on-premise consumption. And it had begun building its digital infrastructure in the months and years prior. It launched nationwide delivery last year.

Digital channels now represent 65% of the company’s sales, up from 47% pre-pandemic.

Any loss of dine-in traffic has been offset by increased check averages on digital orders, often up to $10 more per order, executives said.

Menu mix has also shifted away from a majority of individual orders to more high-ticket family orders with a range of bone-in and boneless wings as well as tenders.

“Our internal research suggests that’s a key driver for people to choose Wingstop,” Morrison said. “There’s no negotiation over a pizza. It’s not a drive-thru. But, yet, it gives everybody flexibility to order.”

The chain has also discovered that it doesn’t require live sporting events to drive business. It has shifted its advertising away from sports and over to platforms such as Twitch and Hulu, he said.

“Our approach was to capture a huge segment of the population that are heavy QSR users that are not users of Wingstop and convert them to our brand,” he said. “That strategy is sound and effective.”

Given the growing success of its off-premise business, Wingstop is eyeing virtual kitchens in the U.S.

“It certainly helps confirm our thinking that restaurants without seats can easily be deployed in the Wingstop system and with great results,” he said. “We have one in the U.K. and some planned in the U.S. We are excited about the opportunity.”

The coronavirus has slowed new store construction for Wingstop, but it hasn’t stopped it entirely. The chain opened three new stores in April, including one outside of the U.S.

In one case, a Wingstop was able to open in California after undergoing inspection via video conference, Morrison noted.

“We’re doing everything we can to try and get restaurants open, but it’s hard,” he said. “Some municipalities just aren’t working.”