Don Fox was busy designing a health-insurance plan for his workers when he got an unexpected reprieve from Uncle Sam: an extra year. Unlike many of his colleagues, he decided not to take the delay. 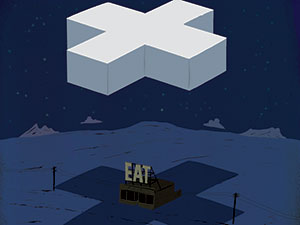 The Affordable Care Act’s employer mandate, which will require large employers to offer insurance to everyone working over 30 hours a week, had been put off until January 2015. But the CEO of Firehouse Subs, the 750-unit chain based in Jacksonville, Fla., already had run focus groups asking what his staffers wanted. He felt he’d be breaking a promise.

He had another reason for launching his plan in 2014. Before Obamacare’s rules kicked in, he wanted to shake down his insurance program, to find out how it would hit his operations and his bottom line.

Turns out it cost $8,300 a year per store, more than double his original estimate, due to more staff signups than expected and his choice of a more comprehensive plan. But Fox feels relieved, even though it’s cutting a percentage point from profit margins. “I feel in a much better position heading into 2015,” he says. “We know all the variables. We’re not leaving anything to guesswork.”

For many others, the time for guessing is ending. Come January, the employer mandate will be enforced for companies with at least 100 full-time workers or their equivalent in part-time hours. Those with between 50 and 99 workers will get one more year.

Is the industry ready? Partly, say employee-benefits experts. Larger chains have plans in place, while many smaller operators have far to go. A January survey by HR firm Mercer found 21 percent of hospitality employers were offering new insurance this year, while 44 percent were waiting until 2015.

For at least some early adopters, Obamacare may not be the apocalypse they had dreaded. “The numbers have generally gone down from what people feared would be the worst-case scenarios,” says Scott DeFife, executive vice president of policy and government affairs at the National Restaurant Association. There are several reasons, say benefits consultants.

One is that many employees just don’t sign up. Thirteen percent are covered under spouses’ or parents’ plans, according to the University of California Berkeley Center for Labor Research and Education. Others decide it’s cheaper to pay a tax penalty for going uninsured than to pay their share of premiums. “You’ve satisfied the obligation to offer the coverage,” says Keith McMurdy, benefit-plan attorney with Fox Rothschild in New York City. “There’s no requirement to force people to be covered.”

Some insurers are softening the blows, too, by offering lower-cost options tailored to restaurants. “Insurance companies have been nimble,” says Gary Levy, hospitality-practice partner with accounting firm CohnReznick in New York City. “They’ve gone out and designed plans that meet the act’s requirements that are very affordable.”

United Healthcare, which discounts premiums for members of the National Restaurant Association, offers a choice of plans that comply with the ACA. A so-called bronze plan, for example, covers 60 percent of expenses on a typical claim. But a different plan, aimed at younger, healthy workers, provides a more limited set of benefits.

“If you have a number of employees who can’t afford their share of a bronze plan, you might consider offering a lower-cost plan that still satisfies the individual mandate,” says Randy Spicer, vice president of health and insurance services at the NRA.

For some small restaurants, even a lower-priced plan that still satisfies the ACA might be too pricey. They’re asking their customers to chip in by adding health-care surcharges to their tabs. At Rustic Canyon in Santa Monica, Calif., a 3 percent charge pays for most of the $212 a month it spends on each of 150 workers. The amount is optional, but in its first month, only six diners declined to pay. Says founder Josh Loeb, “Without the surcharge, we could not afford to do it.” Loeb is finding strength in numbers, recruiting fellow independent restaurateurs, including Suzanne Goin, co-owner of Lucques and a.o.c. restaurants, to band together and charge similar fees at their places.

He cautions that without careful accounting, such moves can backfire—as in San Francisco, where a 2008 ordinance required local firms to make health-care contributions. Last year, the City Attorney’s office investigated 38 restaurants that collected surcharges, alleging they spent only a fraction of the money on health care. The restaurants settled with the city by paying workers $2.1 million and promising to keep tighter books.

Beyond earnings, the ACA’s heaviest weight may fall on scheduling, especially for restaurant groups on the cusp of 50 employees. In a 2013 survey, the International Franchise Association reported 59 percent of franchises with 40 to 70 employees were planning personnel changes to drop themselves below that threshold.

Fox carves out a wide gap between full  time and part time. At a typical Firehouse Subs, three workers are scheduled 40 hours a week and eligible for insurance. The other 12 work between 20 and 30 hours. “We keep a close eye on everybody’s hours to see that they stay within the limits of their job descriptions,” says Fox.

Speaking of work hours, millions of restaurants will need to start tracking them in January, even if they’re not yet offering insurance. That’s because they’ll have to report those 2015 hours to the IRS, to document who’s eligible. Michelle Neblett, director of labor and workforce policy for the NRA, recommends making sure your payroll system is set up to gather the numbers. “You’ll have a hard time if you wait to rebuild this data at the end of next year,” she says. “This is a massive hidden compliance cost, which a lot of people are not paying attention to.”

Try to remove whatever uncertainties you can, experts say, because there will be plenty remaining that are out of operators’ control—such as 2016 insurance rates, most of which won’t be set until next fall. By then, NRA lobbyists hope Congress might raise the definition of full time to 40 hours. That would exempt another 21 percent of restaurant staff from employer mandates, according to UC Berkeley Labor Center figures.

Even after insurance is in place, experts recommend a yearly review to stay ahead of the cost curve. In Philadelphia, the six-store Vetri Family of Restaurants is looking at replacing one plan with three, with different benefits for managers and hourly staff. “We’ll continue to offer good insurance,” says Chief Operating Officer Jeff Benjamin. “I feel bad for the guys who never did it before. But other costs of business have gone up over the years, and people figure out a way to stay in business.”