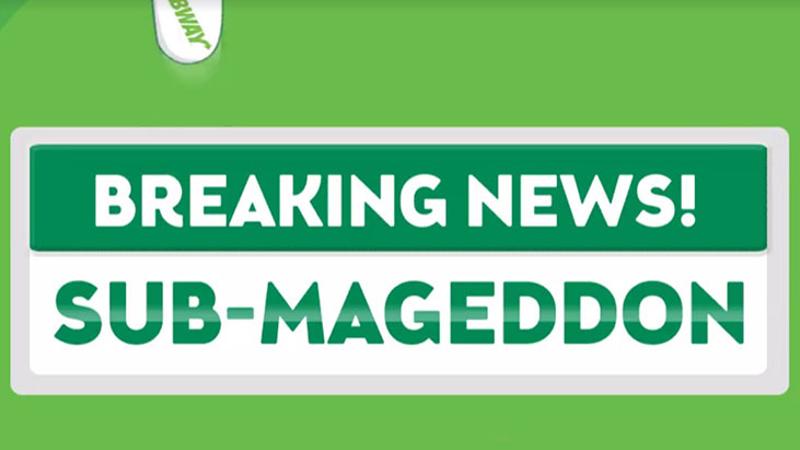 Subway is scrapping one of the industry’s most memorable and successful menu signatures with the discontinuation of the $5 Footlong sandwich.

The price of Subway’s large subs, rechristened Classic Footlongs, will be raised to $6, as consumers will learn in a new marketing campaign dubbed Submaggedon. The promotional blitz begins tonight.

In reality, the price of Subway’s signature sandwiches has been climbing for some time. The franchisor says that franchisees typically charge $5.50 to $5.75 today.

“When we first introduced the $5 Footlong in 2008, we aimed to give our guests the best quality meal for the best value,” said a Subway spokesperson. “Since that time, the economy has changed and the value of a dollar has shifted. With that in mind, this promotion offers an unparalleled quality, value and variety to our guests over our current value competition.”

Subway has been trapped by its success with the $5 Footlong, a product developed by a franchisee and initially resisted by management because of the low ticket. But the product proved a game changer.

The deal made Subway one of the industry’s fastest-growing chains of the last decade and the dominant brand in the sandwich category. The term itself become a part of the public vernacular, in part because of the catchy jingle that sounded it.