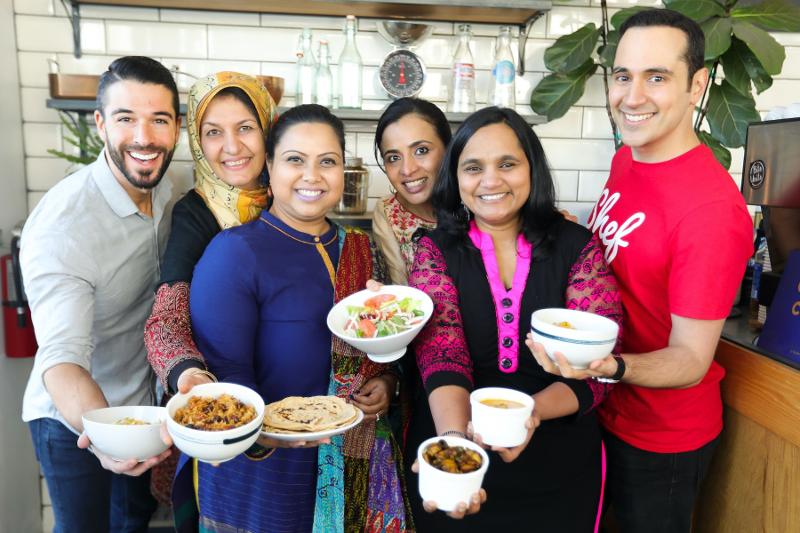 Shef, a digital platform that allows home cooks to sell their meals, has raised $20 million in funding, the company announced Wednesday.

Shef was founded in 2019 and currently has a waitlist of more than 12,000 potential cooks. The cash infusion will allow the company to expand into new markets while also lobbying for laws to allow home cooks to safely sell their creations in more cities and states, San Francisco-based Shef said in a statement.

Shef hired Danielle Merida, former general counsel for TaskRabbit, to work with policymakers around the country on the issue. In the last year, 44 new bills related to home cooking have been introduced in 29 states, the company said.

More than 85% of the cooks on Shef’s platform identify as people of color, the company said.

“We’re excited to continue advocating for the safe expansion of home cooking laws to help underrepresented communities land on their feet after the pandemic,” Alvin Salehi, Shef co-founder and former White House senior technology advisor, said in a statement.

The company’s website features a wide assortment of global dining options, searchable by zip code, from Indian curry to Japanese pork katsu to African cassava pottage and Caribbean jerk chicken. Shef’s cooks frequently prepare dishes from their home countries. The platform has been an important lifeline, especially during the pandemic, the company said.

“I used to work in the restaurant business,” Thai chef Saowanee Flores said in a statement. “When COVID-19 hit us, Shef saved me. It has been over a year now and I am doing so well on Shef. It has changed my life and impacted my future … I am now able to share my authentic recipes and passion for cooking while making money at the same time.”