There’s an overwhelming amount of technology on the market for restaurants. Operators could feasibly add technology to almost any area of their business, from ordering innovations to robotics. So Restaurant Business asked operators what upcoming or future technology they are most excited about from a business perspective. One thing was clear: Whether it’s technology to better manage the workforce or pay staff easier, or “smart” back-of-house tools that’ll touch staffers, operators are looking for tech-forward ways to ease their labor challenges.

There’s been innovation in schedule-management software and training options that eliminate paper binders, but there’s still a lot of workforce technology that’s in its earlier stages. Here, we explore three areas with the potential to impact how restaurants interact with the workforce. 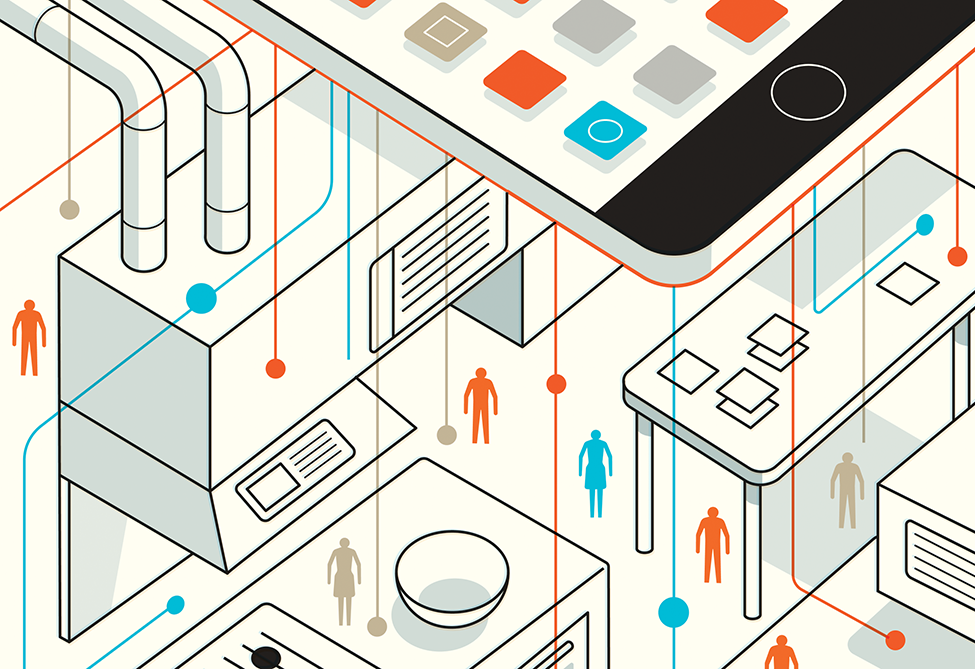 When it comes to restaurant tech, successful solutions provide a tangible answer to recurring, headache-inducing issues. People management, in particular, is an area of restaurant operations that is difficult to optimize and so often is the first place operators are asking for help.

Co-founders Will Pacio and Dave Lu launched Pared in San Francisco in 2016 as an app to solve for immediate, unexpected staff no-shows, but they found that restaurant operators were most often interested in the more regular staffing solution that Pared’s business model provided.

Dave Cruz, co-founder of Little Gem, a casual-dining concept with two locations in San Francisco, was among Pared’s initial users. Cruz regularly uses the app to fill in a few shifts around his full-time staff schedule, ensuring that all shifts are covered and nobody on his payroll works overtime.

The on-demand feature is nice in a pinch, too. “I don’t necessarily have to be the one to wash the dishes if someone doesn’t show up,” Cruz says. “And I don’t have to hire someone just to have a body to fill the space.”

Workers using the app to find gigs are categorized as independent contractors, and are responsible for paying their own insurance fees. The app charges a flat $17.95-per-hour fee to restaurants to connect a worker on Pared’s platform with an open gig. (Operators are charged more for last-minute staffing requests, and Pared said the flat fee will vary as the company moves into different markets.)

New York-based on-demand hospitality staffing app Jitjatjo hires all of its own workers, and it runs on a slightly different pricing model for clients, starting at $21.50 per hour and charging more based on the worker’s experience level. It also incentivizes workers to arrive for assigned shifts on time and follow prescribed dress codes by offering an instant payment option after the gig is completed successfully.

“Staffing in its entirety is a challenge,” Jitjatjo co-founder Ron McCulloch says. “Introducing flexible staffing is one side of the coin, but also using technology to assist staff to sustain interest and incentive to do well is an extension too, for sure.”

For both services, there’s a separate business-facing app and an employee-facing app; both versions are free to download. Pared is currently up and running in New York City and San Francisco, while Jitjatjo is available in New York City, New Jersey, Chicago and Washington, D.C.

For example, the company recently onboarded a Subway franchisee. The operator’s 300 employees are now ShiftPixy employees, paid and managed by ShiftPixy. (A typical franchisee pays $50 to $75 per employee to use ShiftPixy.) In the new system, workers maintain their regular shifts at Subway but are also able to opt in to cover shifts at other quick-service restaurants in ShiftPixy’s immediate network. The company currently works with more than 400 operators primarily in Southern California, where ShiftPixy is based.

Equipping restaurant operators with the ability to pay employees on their own schedule has become an increasingly popular answer to a slew of workforce management issues.

One of the companies operating in this space, DailyPay, integrates with a number of popular payroll providers in the U.S. to essentially function as a hand-held ATM for hourly employees. Staff can download the DailyPay app for free and then use it to monitor how much money they’ve earned as each shift is completed—and access any portion of that money at any time.

“Two years ago, this was cutting edge,” DailyPay CMO Jeanniey Mullen says. “Last year, it was hot. This year, the growth in our business has been incredible.” DailyPay has about 500,000 active users.

The revenue model hinges on usage fees charged by DailyPay. The company charges a $2.99 fee for instantly transferring funds to a bank account and a $1.99 fee for next-day transfer. Depending on the employer’s preference, those fees are either paid directly by the employee or covered by the employer.

DailyPay assumes the upfront payment risk in this system, Mullen says, so operators don’t have to worry about not being able to cover payroll if employees are cashing in their checks at any time.

Dhanani Foods subsidiary Northeast Foods, a Burger King franchisee, started working with DailyPay in February. Operator Zohaib Dhanani set up DailyPay access to all 3,500 employees in Northeast Foods’ system in 100 restaurants in Massachusetts, Connecticut and New Hampshire. Employees pay DailyPay’s usage fees, and Dhanani is not charged to use the technology.

It took about six to eight weeks for employees to get comfortable with using the system, Dhanani says, and he has since seen both a reduction in turnover and a higher level of engagement. After DailyPay was implemented, employees who used the system became 15% more likely on average to pick up more work at the restaurants.

Over the summer, Northeast Foods ran a contest to drive further engagement with DailyPay, and Dhanani now says about 30% of his workforce is active on the app. He expects to see that number grow to 50% to 60%, and DailyPay has seen staff engagement as high as 75% with some operators.

“It’s a very attractive proposition for us,” Dhanani says. It’s also become a highly effective recruiting tool for potential employees, he says. The company plans to roll out DailyPay to Dhanani Foods’ nationwide workforce in the near future. 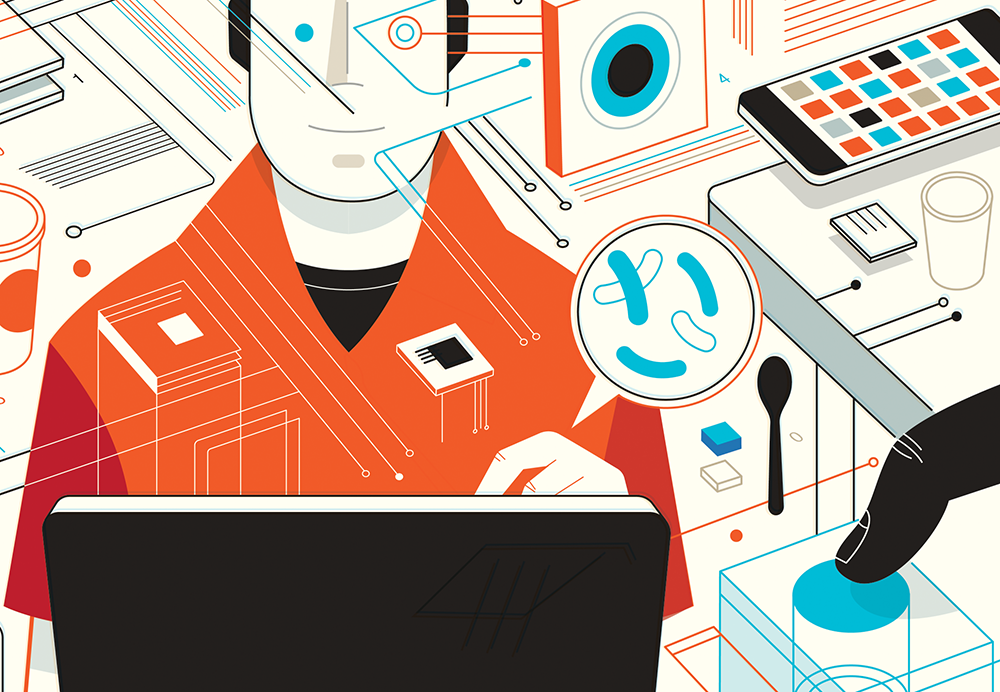 Body measurement technology is still a highly experimental field in restaurant operations, but several companies are pushing for it to become a more regular part of the experience. Restaurant point-of-sale systems including Restaurant Manager and Aloha/NCR have offered biometric solutions in recent years to replace the current system of clocking in and out via an employee PIN or magnetic stripe card.

Oracle-owned Micros released an updated fingerprint-scanning add-on to a new version of its POS hardware last year, promising quicker, more accurate fingerprint scans in an effort to increase adoption. Implementing the fingerprint scanner costs about $200 for one unit, according to pricing information on Oracle’s website.

The future gets especially interesting in the potential for some adjacent food safety implementations. On that front, co-founders Christine Schindler and Dutch Waanders invented a wall-mounted hand scanner called PathSpot that uses light to identify the lingering presence of any foodborne illness-causing contamination after employees have washed their hands.

Each employee has to complete a one-minute training on the scanner, and then they are required to regularly use the device as the last step in the hand-washing routine. If they fail the scan, they have two minutes to go back, rewash their hands and repeat the scanning process.

If the employee leaves the hand-washing area without successfully passing the scan, or forgoes the scanner altogether, management is notified. Conversely, employees are rewarded for consistently passing the scan with small perks such as entries into raffles for gift cards or swag bags, or management team shout-outs.

The company is targeting limited-service chains as its core customer base. It worked with Chopt as one of its first test partners in May 2018. Now the salad chain is rolling out the hand scanners to new restaurant locations across its portfolio.

“It’s essentially a plug-and-play,” Chopt co-founder Colin McCabe says. “And surprisingly, our employees actually enjoy using it as part of their hand-washing protocol, which I think goes back to the ability to reward the improved behavior.” Chopt regularly sees 100% staff participation levels in the restaurants where PathSpot is installed.

PathSpot’s devices cost about $150 per scanner, although price varies based on the specifics of each operator’s needs. There are typically three to four hand scanners installed in each restaurant, next to each back-of-house hand-washing station.