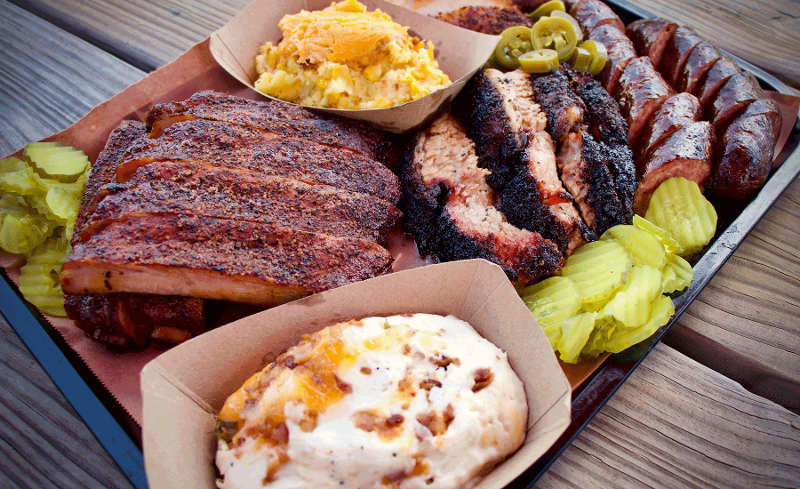 Restaurants have traditionally relied on design cues for what is known in the industry as “menu engineering.” Menus can steer diners to the most profitable items with strategic graphics, color and layout.

Jeff Pool, program manager for the Human Behavior Lab at Texas A&M, used eye tracking hardware with iMotions software to record what customers were experiencing as they read the menu boards at the restaurant. The biometric data collected revealed that diners spent the most time reading the first, second and last items on the menu. 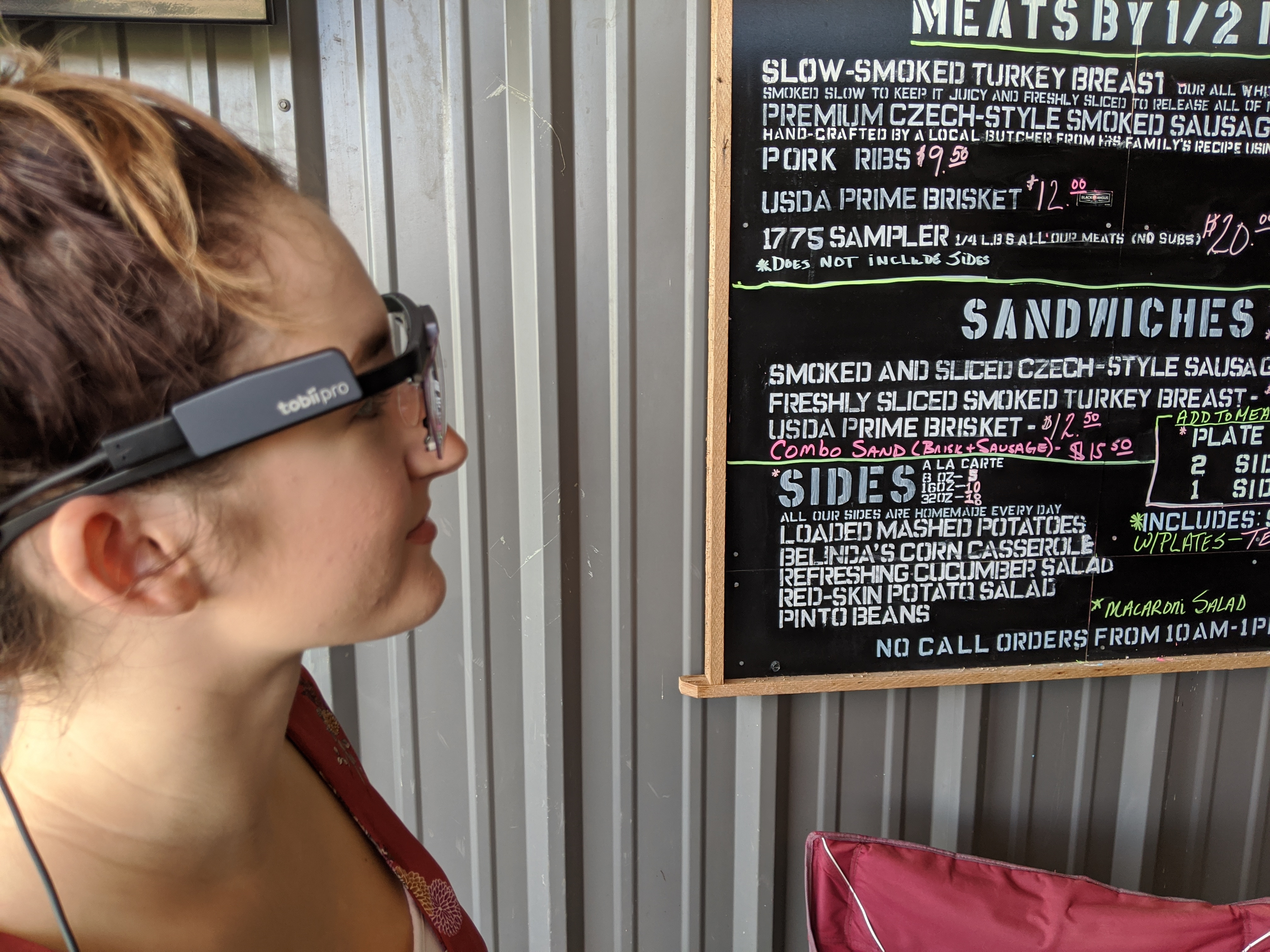 In 1775’s original menu, smoked brisket and pork ribs were located in those prime areas. While both are popular with customers, these meats are not the most profitable items—turkey and sausage are. The yield for brisket is only 50% because of its fattiness, while turkey and sausage have close to 100% yield.

Once Pool analyzed the data, 1775 reworked its menu, placing turkey and sausage dishes near the top and moving brisket and pork ribs down towards the middle. As customers perused the revamped menu, more eye-tracking data was recorded. Customers spent most of their time looking at the turkey and sausage items, with a corresponding increase in sales.

“There are a lot of menu consultants who are experienced in redesigning menu layout and food descriptions; however, few of them know the science and have access to the hardware to prove their assertions. Using Tobii eye tracking hardware with iMotions software platforms allows us to show clients exactly what their customers are experiencing at a very granular and visual level,” says Pool. 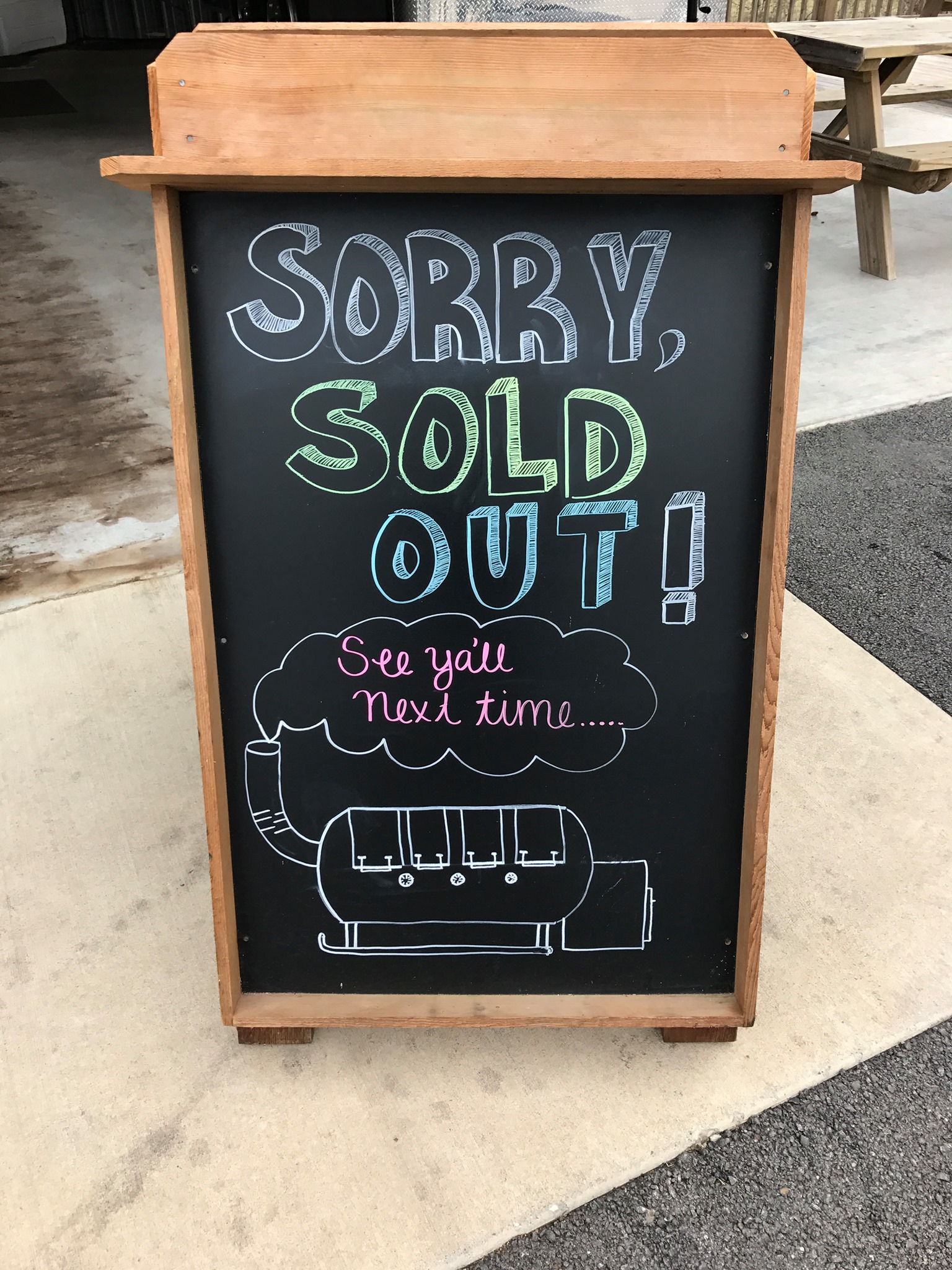 Doan says profits are up more than 20% since the science-based revisions.

Although tech helped boost the business, 1775 didn’t abandon old-school fixes. Previously, the menu just listed the name of each meat, but the new version incorporates more descriptors. Adjectives such as “slow-smoked” to describe the brisket and “premium Czech-style smoked” for the sausages were added.

The graphics got a makeover, too. The layout was simplified, with boxed sections drawing attention to specials and deals. And a larger, simpler font replaces the old one, which was small and difficult to read.

Texas A&M also worked with Messina Hof Winery in Bryan, Texas to revise its menu. Here, the font was changed to acumin—supposedly the new industry standard for readability. The prices are now listed in a smaller point size and unbolded, so customers focus on choosing wines by their tasting notes rather than price.

Using the eye-tracking data, Pool created heat maps to aggregate customers visiting at different times. “We were trying to explore the possibility of redesigning the menu to better suit the clientele of the winery,” he says.

That resulted in anchoring higher priced wines at the top of most sections and moving the price to the end of the wine description.

The menu’s colors were also updated. Purple dominated in the “before” version, but blues and purples are said to suppress appetite while red increases it. Now the menu is more of a reddish merlot to prime customers to choose more profitable red wines.