This week: restaurant critics without expense accounts, getting rid of tips and getting better service, Hooters comes out as feminist and dressing up the dress jacket. 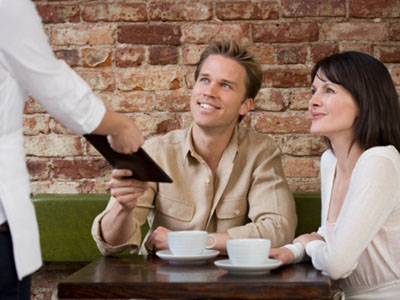 Idea #1: Kill the restaurant critic expense account. Bouncing off an essay by former Village Voice restaurant critic Robert Sietsema, Slate makes the argument that we’d get more accurate reviews if critics had to pay for their own meals.

Idea #2: No tips = better service. Jay Porter, a San Diego restaurateur who abolished gratuities at his farm-to-table restaurant The Linkery more than six years ago, started a national discussion. He says service noticeably improved when tips were no longer in the equation.

Idea #3: Hooters is feminist. In other San Diego news, mayor Bob Filner—who has been accused of sexual harassment and financial impropriety—now holds the distinction of being banned from Hooters for his alleged treatment of women.

Idea #4: Classing up the loaner jacket. Although its fading, jacket-only restaurants are still around, and many in New York City are making an attempt to offer nicer jackets. As opposed to the polyester versions of yore, expect designer jackets with Calvin Klein labels.