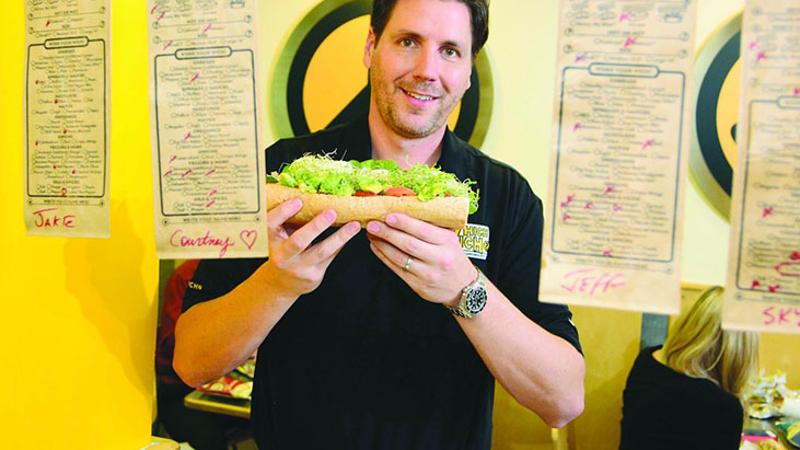 Which Wich was named the inaugural winner of the Future 50 Pacesetter award, an honor bestowed upon the year’s outstanding example of a chain that has pushed beyond its entrepreneurial roots through sustained, well-managed growth.

The sandwich specialist was chosen from the more than 300 brands that have earned a listing over 11 years on Restaurant Business’ Future 50 list, an annual ranking of the fastest-growing chains with sales between $25 million and $50 million. Which Wich earned that distinction in 2009 with systemwide sales the prior year of $36.8 million, a 59.8 percent increase over the 2007 tally.

Last year, the chain pushed past the $214 million mark with a year-over-year systemwide sales increase of 17.9 percent. Which Wich expanded during 2015 by 14.3 percent to end the year with 375 branches.

Jeff Sinelli, Which Wich’s founder, chief executive and official chief vibe officer, accepted the award during an invitation-only reception for the chains that have been included on the Future 50 list since the ranking started in 2005. The awards event was held during the Restaurant Leadership Conference, Restaurant Business’ conference in Scottsdale, Ariz., for c-level restaurant executives.

Which Wich was selected by the editors of RB for such achievements as generating compound annual growth of 27.2 percent between 2009 and 2014. Stores grew during that period at an average compound rate of 27.3 percent. Meanwhile, the concept continues to evolve, with experimentation underway for innovations such as kiosk ordering.

"We’re really only a decade old," said Sinelli, who stressed that Which Wich is still a growth chain. "The first decade, we were all about growth. The second decade, we’re starting to find our causes. We have our international. I just feel so blessed to be part of it."

“Which Wich is a model of how a young chain can sustain its growth without losing the distinctions that made it a hit with consumers and the industry in the first place,” RB Editor Kelly Killian said in presenting the award at the Restaurant Leadership Conference this evening.

The award is sponsored by Hormel Foods.