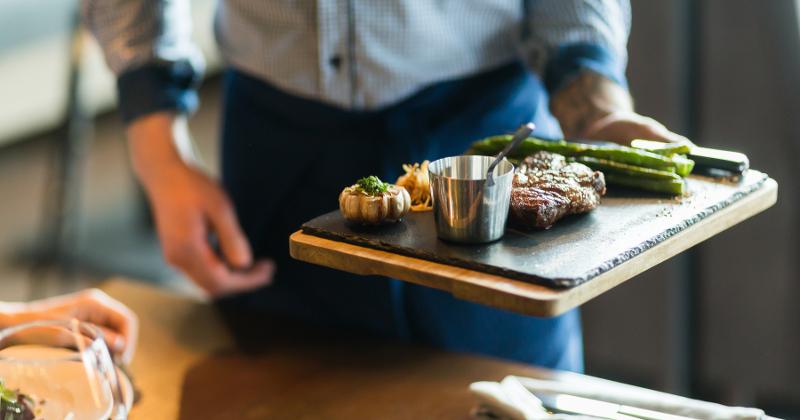 The U.S. Department of Labor (DOL) on Monday announced a proposed change to the tip credit which would limit the amount of non-tip producing work an employee can perform.

Under the proposed rule change, an employer can only claim the tip credit when workers do tasks that are part of their tipped job.

But if a worker is doing tasks that support “tip-producing work for a substantial amount of time,” defined as more than 20% of all hours worked or 30 straight minutes, that employee is no longer doing a job that’s part of a tipped occupation, the DOL said.

“Having considered the dual jobs portion, the Department now believes that the 2020 Tip final rule may fall short of providing the intended clarity and certainty for employers could harm tipped employees and non-tipped employees in industries that employ significant numbers of tipped workers.”

Work that directly supports the job of a restaurant server would include folding napkins, preparing silverware and garnishing plates, the DOL said. Sweeping under tables, for example, would only support tipped work if it was done in the dining room, the agency noted.

The public can comment on the proposed rule change until August 23.

The 80/20 guidance has had a bumpy history. The DOL rescinded it in 2018, issuing new subregulatory guidance that allowed employers to take the tip credit in many instances in which a tipped worker performed non-tipped duties.

At the end of 2020, the DOL published the 2020 Tip final rule. A couple of months later, the agency came out with a ruling that extended the effective date of the 2020 rule from March 1 until April 30, to allow further review.

That delay gave the DOL time to reconsider the 80/20 ruling, it said in its filing.

Under the current rules, tipped employees can be paid as little as $2.13 an hour while the employer claims a credit against the tips earned by the employee to make up the rest of the federal minimum wage of $7.25 per hour.

All but seven states permit employers to take a tip credit.

Labor advocates have argued for the abolition of the tip credit, noting that it is an antiquated practice that dates to the 19th century when it was created to make jobs for Civil War soldiers and former slaves.

“Tipped workers are among those who continue to be hardest hit as we emerge from the pandemic, and the Wage and Hour Division continues to prioritize protecting these essential front-line workers,” Jessica Looman, principal deputy administrator for that division, said in a statement. “This proposed rule provides more clarity and certainty for employers while better protecting workers. It helps ensure that tipped workers are treated with dignity and respect, and that they receive wages appropriate for the work they perform.”