Pal’s Sudden Service—the 23-unit, Tennessee-based QSR—has been teaching classes on Achieving World Class Results, as the title of its signature course says, for a little over 10 years. The classes—based on the business performance skills that won the chain a Malcolm Baldridge National Quality Award in 2001—have attracted corporate officers and franchisees from chains like Bojangles, Five Guys, Panera and Jason’s Deli. 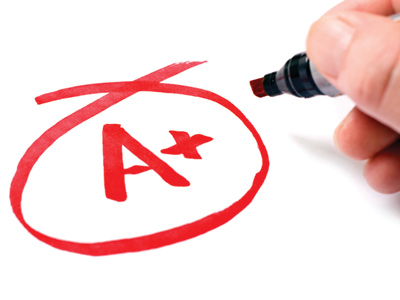 David McClaskey is the president of Pal’s Business Excellence Institute, the non-profit arm that conducts the courses. McClaskey says, due to its training programs, Pal’s itself achieves one-tenth the error rate of its competitors while moving customers through the line four times as fast. They do this without paying employees premiums, without having a formal training department (managers do the training) and drawing on the same, primarily young employee pool as everybody else. How do they do it? McClaskey walked us through the process.

“You need to have a process that, if your employees follow, [will mean] your product will be right every time,” McClaskey says. “Most [instruction manuals] are too vague. They might say, ‘Apply ketchup,’ instead of saying, ‘Apply a quarter inch bead of ketchup in concentric circles a quarter inch from the edge of the patty.’”

The idea is that nothing should be left to chance—or to the employee’s imagination. It’s about “taking as much of the subjective out as you possibly can.”

Having precise processes is great, but they are worthless if your employees don’t follow them. Pal’s tip on this: go slowly, teach one step at a time and teach it thoroughly. “We go as fast as the person can learn. Everybody learns at a different pace. If we go too fast, you overwhelm the person, which creates anxiety. Too slow and you bore them.” McClaskey also recommends giving employees a brief overview of the job before doing the training. Pal’s employees perform the job with a coach for a short time, giving them the context with which to apply their training.

So Pal’s employees have trained and are now on the job. What happens if that quarter inch bead of ketchup isn’t a quarter inch from the edge of the patty? “There are only two choices,” says McClaskey, “100 percent right or you fix it or throw it away, you never pass it on… When you set people up to control their job, they like to work in that environment. You set them up for success instead of failure.”

Pal’s doesn’t go in for the “never stop training” cliché. Training does stop, but not when an employee simply shows they can do the job right once. McClaskey says that they train until the employee “has the habit of doing it right,” at volume and when management isn’t watching. That usually takes about 10 days on the job, at which point the employee is certified as having completed training.