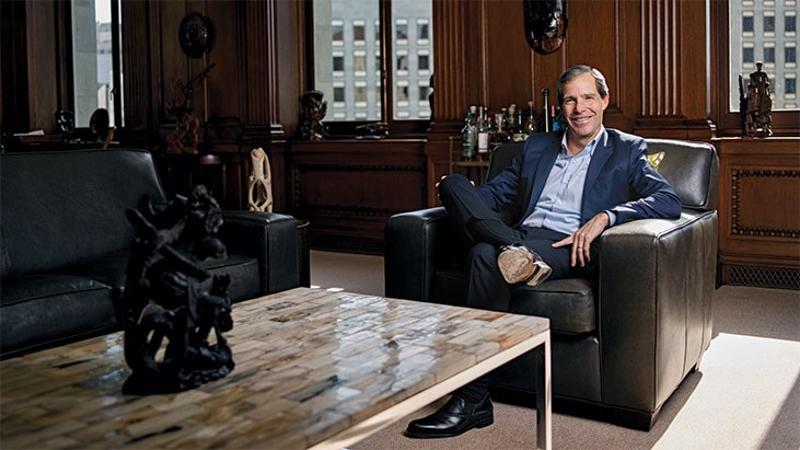 One, he explained to a ballroom full of chain restaurant executives, is the sheer size of the three-concept franchise he founded and built, Flynn Restaurant Group. After 16 years of 33 percent compound annual growth, FRG’s annual sales have hit $1.8 billion, making it the largest restaurant franchise in the country. Put another way, FRG operates 807 chain restaurants; they just happen to sport different brands.

“I would put that against the track record of any brand owner,” Flynn said in accepting his award. Yet a mindset persists that franchisors are the big dogs of the businesses because they own and seemingly control the brand.

“In terms of control, it’s true that we do not have complete control,” said Flynn, whose company operates branches of Applebee’s, Taco Bell and Panera Bread in 29 states. “But what we do control is what matters most to the [financial] outcome, and that is day-to-day operation. As long as we control that, we control most of what matters.”

The second obvious distinction of FRG, the 51-year-old continued, is a decidedly decentralized operating strategy. The home office sets certain companywide rules, but each brand and regional divisions of those brands are responsible for most local matters and decisions.

“There, it’s all about people,” said Flynn. “Our entire game plan is to paint a better picture, to give them the tools to [realize] it, and then to get out of the way and allow them to do it. We believed that they could, and we empowered them to do it.”

It’s a business model that works beautifully for FRG, he indicated.

“I’d rather be a franchisee than a franchisor,” said Flynn. “Our job is to run restaurants, not to do the marketing and menu. Also, we can benchmark ourselves really beautifully against other pros in the businesses.”

Best of all, he concluded, “We create millions and millions of great guest experiences”—some 3.5 million per week.

And that’s a lot more than many franchisors can boast.