Anecdotal reports indicate that theft in the bar—most  restaurants’ major profit center—is rampant. While statistics are hard to come by, one liquor-auditing service estimates that bar losses equal about 23 percent of the bottom line. 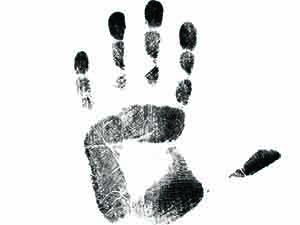 “The problem of theft at the bar is extremely widespread,” says veteran bartender Freddy Thomas, who currently tends bar in New York City and has worked for many top restaurant companies in New York and Miami. “I have yet to come across an establishment where I haven’t noted at least a single instance of blatant theft.”

“Operators, especially mom-and-pops, don’t understand the ramifications of theft, how much it can impact the bottom line,” says Douglass Miller, associate professor at The Culinary Institute of America. “They figure, ‘What’s an ounce or two of liquor or a couple of dollars short?’ But multiply that by 365 [days], and it adds up.”

The most common scam, Thomas says, involves pilfering cash. “If a round of drinks is $40, the bartender rings $30, for example. Then they take out the overage, little by little during the shift when no one is looking,” he says. Crooked bartenders also steal pricey bottles of liquor and wine and cases of beer out of inventory.

“It’s not just employees; guests steal too. I’ve seen patrons reach over the bar to grab a bottle,” says Miller.

What can operators do? “Nothing can stop a determined and clever thief,” says Thomas. Even video security systems that sync with POS aren’t always effective. “Eventually, experienced bartenders figure out all the ins and outs of the systems.” Tight operational controls is one of the best strategies for reducing the problem.

“Start by hiring good bartenders,” says Miller. “Look for red flags such as unexplained or multiple gaps in resumes.” Also on the human-resources front, Thomas suggests establishing the bar equivalent of a “casino pit boss” to watch employees. “Have the manager frequently drop behind the bar to see what’s going on. You might even pull the drawer unexpectedly  midshift, count the cash and see if it matches the register,” says Thomas.

Training and tools are other ways to retard pilferage. “No free-pouring; use jiggers or test bartenders on their pouring technique,” says Miller. There’s also a wide selection of low- and high-tech equipment, from inexpensive bottle spouts that pour out a measured amount to chips for expensive wine bottles that send alerts when they go out the door. But something as basic as running weekly inventory checks can be a deterrent.

Draft beer is especially prone to pilferage; it’s easy to pour another glass once the tap starts flowing. If you offer an extensive craft program, it might pay to install a monitoring system, says Miller. Although these can run into the hundreds of thousands of dollars, the savings from theft and waste will pay for the equipment over the long run.

Giving freebies to regulars is a common practice in most bars, but comped drinks and buybacks are a gray area. “A lot of bartenders view [them] as promoting the business,” says Thomas. But operators may see unauthorized comps as stealing. “I’m a firm believer in buying patrons drinks now and then,” says Miller, because it’s good for business. His bartenders must get preapproval and record free drinks. “Operators should have a budgeted line for such giveaways.”

McDonald’s will reopen some restaurants in Ukraine

As conditions stabilize, Jack in the Box sees sales improve