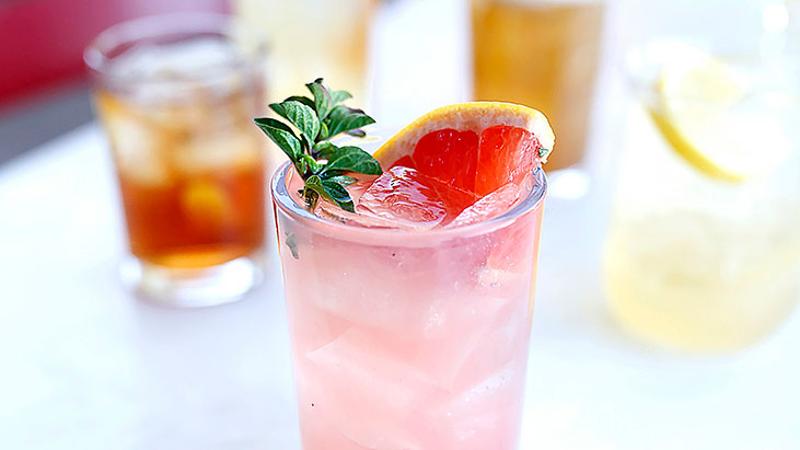 The mocktail has come a long way since the days of the Shirley Temple. Today, bartenders are building virgin drinks more like craft cocktails, with a focus on balanced flavors and quality ingredients. While they don’t represent massive profits for restaurants, aiming to impress customers with booze-free options does provide returns.

“The profitability part of it is that it made the guest happy, and they’ll come back because it helped create part of a positive experience,” says Mat Snapp, beverage director of Phoenix-based Fox Restaurant Concepts. At Fox’s nine-unit Italian restaurant North Italia, Snapp trains bartenders on two or three cocktails that lend themselves easily to virgin iterations, even when the menu changes. “When it’s ingredients-driven rather than spirit-focused like a Manhattan or Old Fashioned, it’s very easy to remove the alcohol and still make something light, palatable and handcrafted,” he says.

North Italia’s regular Spiced Strawberry Mule (vodka, clove-infused liqueur, lime juice, smashed strawberry and ginger beer) is made virgin by swapping the liqueur for spicy chai concentrate from the coffee bar. In the nonalcoholic version of its IGT—made with an Italian liqueur, lemon zest, basil and Mediterranean tonic—a few drops of peach bitters stand in for fruity, bittersweet booze. And the Campari in the Molto Fresco is replaced with a splash of cranberry juice and lemon juice.

Chicago-based DineAmic Group doesn’t have a set mocktail menu, instead giving its bartenders freedom to riff on their own drinks and create mocktails using the housemade syrups and fresh juices on hand. “We’re approaching it more as an option for people who want to hang out with their friends, but don’t want to feel lame for not drinking,” says Beverage Director Adolfo Calderon.

Both Fox and DineAmic charge $6 for their off-menu mocktails. Although crafted with the same effort and ingredients as their boozy counterparts, “We’d have a hard time charging full price for something that looks just like a cocktail except for the booze part,” Snapp says.

The $8 mocktails at Love & Salt, a rustic American restaurant in Los Angeles, are listed on the beverage menu as a chef-driven alternative to soda, says co-owner Sylvie Gabriele. Offerings include the Grape White Hope, which combines white grapes with sage, pear juice, elderflower syrup and club soda; and Drop It Like It’s ‘Quat, with grapefruit-kumquat shrub and club soda.

Love & Salt’s mocktails make up about 22% of beverage sales; evening sales exceed brunch by three times. Yet like regular cocktails, most diners only order one. “Cocktails in general—alcoholic or no—are pretty strong, so they’ll start with it, but [they] don’t generally do cocktails throughout the evening,” says Gabriele.

Interestingly, the mocktails aren’t stealing share from fountain sodas, which Gabriele chalks up in part to the price point. It also speaks to the attachment consumers still have to traditional sodas, she adds. “In that sense, cocktails and mocktails really sell very similarly,” she says. “Soda sells like soda.”