“What’s on tap?” no longer is a question only beer-loving patrons ask, as operators realize they can make their concepts buzzworthy and more efficient by adding other libations to the bar tap. Chicago research firm Technomic cites wine, cider and cocktails on tap as emerging trends in 2014. 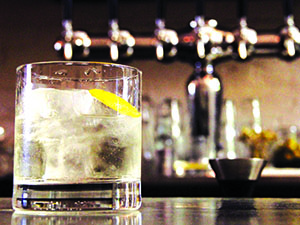 “Cocktails on tap do require a skilled bartender to develop the drinks and understand the aging, or at least the impact, of the drink resting in a keg, as well as the investment in installing and maintaining the equipment,” says Donna Hood Crecca, senior director at Technomic. “But a tap system gives a venue an opportunity to point to that mixology skill and provide something interesting to the guest that they can’t do at home.”

When Session Kitchen in Denver opened last year, beverage manager Michael Cerretani dedicated three taps to cocktails. “It was a trend that we picked up on prior to opening,” he says. Cocktails on tap last longer, provide a consistent product and reduce ticket times, he adds. The drinks are premade by Cerretani in 20-liter pressurized kegs and change seasonally.

“If you go into a bar one day and you get a drink and love it, and you come back the next day and there’s a different bartender and they don’t make it the same way, you’re never going to order that drink again,” Cerretani says. “We want to provide exactly what people expect out of our cocktails,” which is what prebatching and keg cocktails provide, he says.

The tap system was fairly easy to put in place. Cerretani purchased empty kegs with removable seals from an equipment supplier for under $100 each. “Then they’re  just like any other keg. They’ve each got two lines—one is a gas line and one is an out line, so you can use your normal beer tap system hookup,” he says.

Cerretani capitalizes on the tap system for more complicated cocktails, especially those with six or more ingredients. The cocktails are stored under pressure and do not oxidize while in the keg. Bartenders, however, do have to shake kegs containing citrus peel or fruit slices every day to keep them from settling out; they don’t have to do the same for drinks heavy on spirits, such as Negronis. “You also have to make sure there are  no particulates in the cocktail that can clog the tap line,” he says.

It’s not just cocktails that are getting the tap treatment. Josh Spiegelman and his business partner, Lynn Gorfinkle, found that adding kombucha on tap at San Francisco’s Roam Artisan Burgers when the restaurant opened four years ago was a good fit with the concept’s healthy and sustainable ethos. Plus, it brought in customers who stop by just for the probiotic drink.

Roam sells more kombucha than diet cola, says Spiegelman, somewhat surprising for a burger place. “Our customers are buying kombucha at Whole Foods,” says Spiegelman, “so when they order a burger made with grass-fed beef or a seasonal salad, they like to drink it here, too. Just as a beer on tap tastes better than a beer in a bottle or a can, arguably kombucha does as well. It’s fresh, effervescent and clean tasting.”