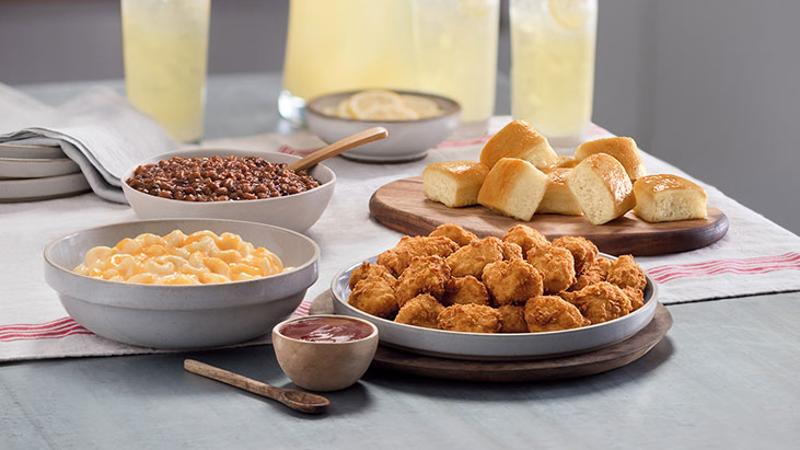 The brand is calling the four-meal packages “meal kits,” but the food is ready to eat. Meal kits typically consist of raw, prepped ingredients that the buyer combines and cooks. Prices start at $29.99.

The new Family Style Meals, which Chick-fil-A said were developed in collaboration with parents, consist of an entree, two shareable sides and eight mini rolls. The packages are intended to serve four people. Customers with larger families are encouraged to add other items.

Customers can also opt for what the chain offers instead of fries in catering orders: prepackaged waffle-style potato chips. Other options include a fruit cup, a side salad and a Superfood Side salad.

All of the sides feed four people, according to the chain.

The meals are being offered in three test markets: Greensboro, N.C.; Phoenix; and San Antonio. They are provided in containers that fit together into a handled carrying pack.

“It’s a meal kit designed by parents (who worked directly with Chick-fil-A) for parents and other groups looking for an easier way to get meals to-go and connect while they’re eating together,” the chain says on its website.