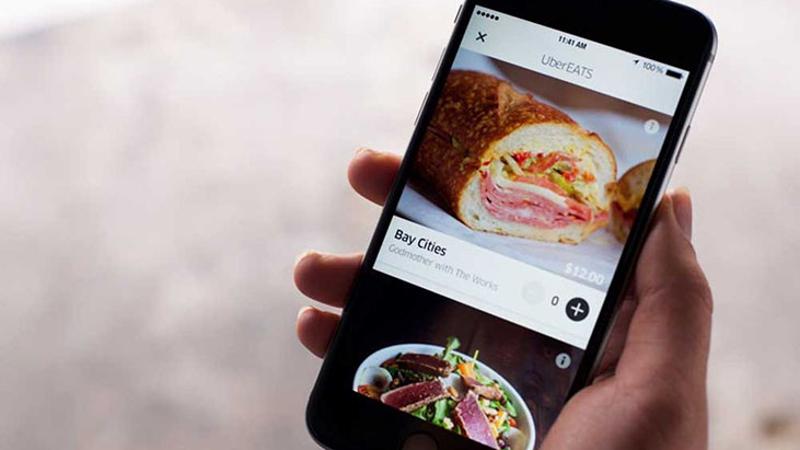 Americans have fallen in love with third-party delivery services, according to a new consumer survey from Technomic.

The findings show 96 percent of users rate their experiences with such delivery services as Postmates, DoorDash and GrubHub as good to excellent. Forty-two percent say they intend to use the on-demand deliverers more in the coming year, and the service rated the least recommendable among the 11 mentioned by Technomic, Caviar, is still likely to be praised to friends by 84 percent of users. Nearly every customer (93 percent) of the apparent favorite, UberEats, said they are likely to talk up the service to acquaintances.

The study provided indication after indication the services are being avidly embraced by consumers, though to varying degrees. For instance, the data suggests the most common users by far are people eating alone; 80 percent of people who placed an order in the month preceding the survey were buying the meal for themselves. Less than half (47 percent) ordered meals for themselves and their significant other, and only 14 percent were securing a meal for their kids.

Homes with two kids were the most frequent family users, and the frequency was highest when those children were aged 12 to 17.

Technomic noted that consumers are using the usually app-based delivery services because of the convenience. Only 5 percent of respondents did not have access to a car, and 36 percent tended to order from restaurants within what is arguably walking distance, or within a mile from their homes.

The median wait time was 30 minutes, the researcher found.

The places most likely to get the business are the ones with the best online reviews and packaging that protects the integrity of the food, according to Technomic.

The amount respondents were charged to have a restaurant meal delivered was less important than the quality of the food, and just as significant as the experiences they’ve had with the deliverers in the past.