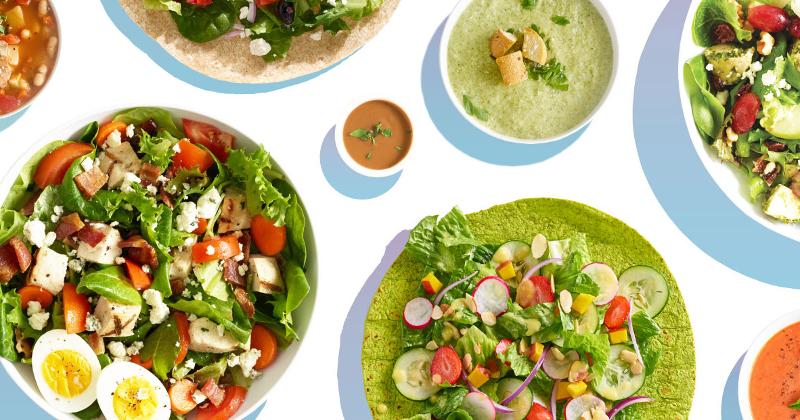 Consumers, even the ones who eventually choose indulgent offerings, say they like to patronize restaurants that offer healthy items. And a third of all diners strongly agree they’re selecting foods because of their specific nutritional benefits more than they were just two years ago, according to Technomic’s Healthy Eating Consumer Trend Report.

So it’s little wonder that better-for-you concepts—many of them fast casuals—led Technomic’s Top 500 pack in sales growth in 2018: Several of the chains logging double-digit increases have health-focused menus.

Salad chain Salata (No. 385), which saw sales climb 19.5% last year, is having the biggest growth push in its 13-year history, says Michelle Bythewood, who became the company’s president early this year. The 84-unit concept is slated to open an additional 25 franchised stores this year, Bythewood says, with an increased emphasis on catering programs in each one. “Catering is such an amazing opportunity for us,” she says. “Most people don’t have a lot of healthy catering options.”

The chain is also rolling out a mobile loyalty app, third-party delivery and an updated store prototype. The new 2,800-square-foot design, though, runs counter to what many off-premise-focused chains are doing. Salata is upgrading the dine-in experience, with communal tables, areas for laptop work sessions and booths for families.

But the chain isn’t completely disregarding the uptick in takeout: It is also clearing an aisle through the store to ease pickup of mobile orders.

The chain’s customers are loyal, with diners visiting suburban Salata units an average of five times a month and city-center locations an average of nine times per month, Bythewood says. “Customers want Salata any way they can get it,” she says.

The Top 500’s biggest gainer in 2018 was 49-unit CoreLife Eatery (No. 479), which saw sales climb an impressive 133.8%. The customizable bowl-based concept is the only chain on the list to more than double its revenue in a year, thanks in large part to rapid unit growth.