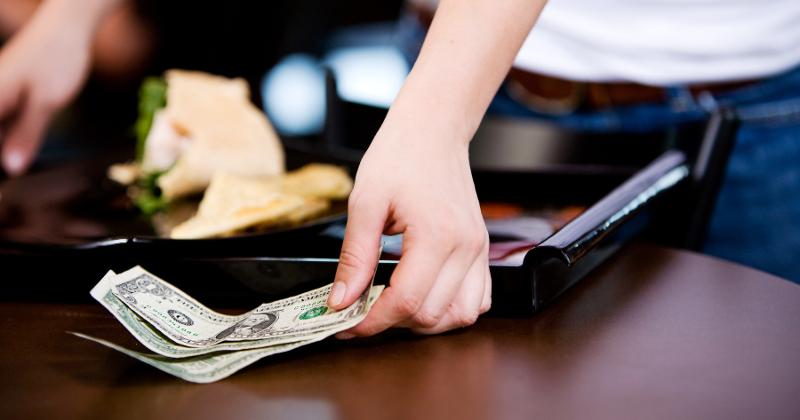 43% of consumers say they tip 20% or more at restaurants, according to a survey by Popmenu. / Photograph: Shutterstock

Fewer diners are tipping 20% now than they were at this time last year, according to a survey by technology supplier Popmenu. But the holidays could bring some relief for restaurant staff.

According to the survey of 1,000 U.S. consumers earlier this month, 43% said they usually tip 20% or more at restaurants, down from 56% who said the same last year.

Over that period, consumers have had to start paying more for just about everything. In October, the Consumer Price Index was 7.7% higher than last year, including a nearly 11% increase in food costs, according to the Bureau of Labor Statistics.

That pressure has showed up in restaurant traffic lately, as well as in gratuities.

“Tipping behavior may fluctuate depending on market conditions,” said PopMenu CEO Brendan Sweeney in a statement, “but the intent to support restaurants remains strong and gratuity, in general, leans toward higher percentages today.”

Indeed, other recent research has suggested that the pandemic may have permanently raised the tip floor from 15% to closer to 20%. A study published in August by Toast found that the average tip in the U.S. was 19.7%, and that only one state—California—averaged less than 18%.

And consumers told Popmenu they’ll open their wallets a little wider during the holidays. One-third said they plan to tip restaurant workers 25% or more over the next couple of months, and 61% said they expect to tip 20% or more.

The company also asked 165 restaurant owners about advice for dining during the busy holiday season. The No. 1 suggestion, shared by 57% of respondents, was to tip generously when you can.

Half urged customers to be patient, book tables early and show up on time. And 40% told consumers something that likely won’t surprise them: Expect to pay more.