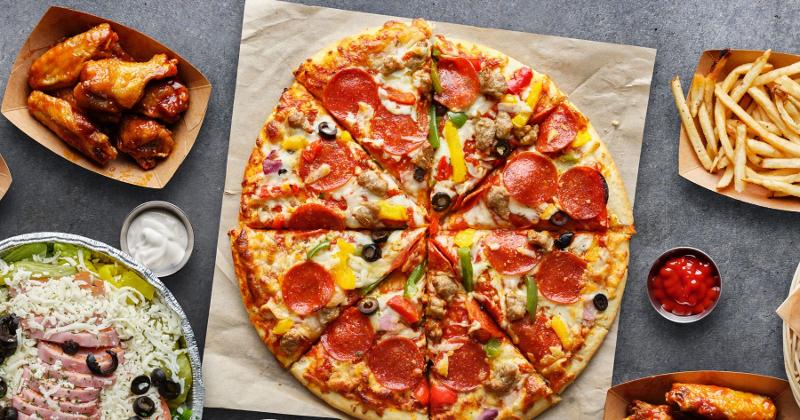 Restaurants had a big day during the first pandemic Super Bowl, especially those selling popular game-day foods like pizza and chicken wings.

There was some uncertainty around what Sunday would bring, with diners largely stuck at home instead of out at their favorite sports bars and at-home parties limited in size by state and federal health guidelines. Plus, there’s a nationwide chicken wing shortage that is putting pressure on the supply chain.

But that didn’t stop pizza and wing eaters, at least according to post-Super Bowl reports from a number of restaurant chains.

Pizza chain Donatos said its sales were up more than 10% from last year’s Super Bowl, going through more than 2 million pepperonis. Further, the chain’s average check was up $2.50 this year. “When you couple that with 3% more transactions, it made for a very busy day,” a Donatos spokesperson said via email.

Pizza Hut, in its third year as sponsor of the NFL, sold 1.4 million pizzas on Sunday, with wings as the most popular side.

Interestingly, diners in Kansas City spent 11% more per order than those in the winning Super Bowl city of Tampa Bay, Pizza Hut said.

Fazoli’s, a pasta chain that has a new virtual wing brand, reported selling $20,000 in wings Sunday—up 25% from a regular day.

Dickey’s Barbecue Pit, which sells wings along with other traditional barbecue favorites, said it saw a 129% increase in digital sales compared to last year’s Super Bowl weekend, as well as a 154% increase in sales across its third-party delivery platforms. Dickey’s also reported a 76% increase in direct delivery checks year-over-year, contributing to a 68% jump in sales in that channel.

Patricia Cobe contributed to this report.