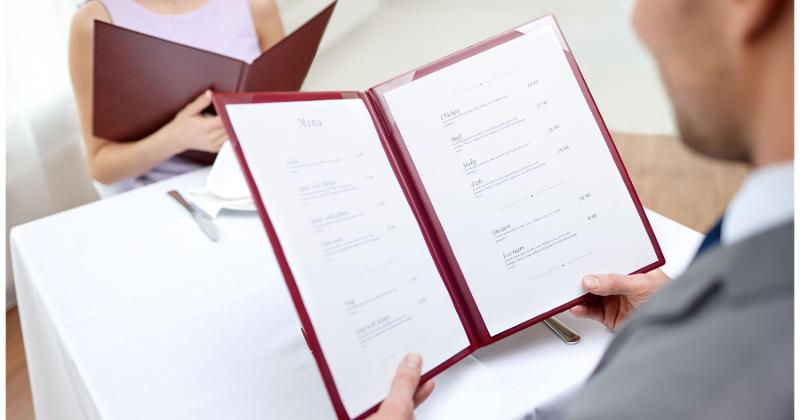 Consumers really like apple-flavored menu items, but they also like bacon and steak. / Image courtesy of Shutterstock

As labor and supply challenges continue to push operators to streamline menus, limited-time offers remain a platform for showcasing innovation.

Over the last five years, LTOs increased 31% on chain menus, according to Technomic research presented at last week’s Menu Directions conference at University of Notre Dame in South Bend, Ind. Although LTOs reached their peak in 2021 during the pandemic, counts remained robust through mid-2022, and Technomic forecasts the numbers to surpass pre-pandemic levels this year.

But not all limited-time offers are created equal, Technomic’s menu experts Lizzy Freier and Katie Belflower told the operators and chefs in the audience. When consumers rate LTOs as to how likely they would be to purchase that menu item, certain ingredients, flavors and cooking styles rise to the top.

Apple desserts, for example. Of those limited-time offers that recently landed in the Top 10 for high purchase intent, apple desserts claimed three spots. Denny’s Caramel Apple Pie Crisp and O’Charley’s Apple Cobbler appealed respectively to 64% and 62% of those surveyed.

Consumers rank LTOs by their menu name and description only; they never see or taste the food. But apple is the most appealing flavor for pies and cobblers.

Bacon also gets high marks in savory items, with respondents finding Bacon Cheeseburger Sliders and a Chicken BLT very appealing. And steak was singled out in three top menu items: a Tenderloin Steak Sandwich at the Habit Burger Grill, a 14-ounce Choice Porterhouse Steak Dinner at Black Bear Diner and a Philly Steak and Cheese Sandwich at Shoney’s. The presenters noted that 56% of consumers eat steak at least once every couple of weeks.

Seafood items score high for draw. Consumers gravitate toward restaurant seafood dishes because they shy away from cooking them at home, and 36% order seafood once a week or more from foodservice. Seafood crosses meal occasions, too—Crabcake Eggs Benedict, Lobster Thermidor and a Crab and Cheddar Quiche were all favorites.

Satisfying a craving is the leading “need state” for selecting a restaurant, with over one-third of consumers saying it was their primary reason in a recent Technomic survey.

So which LTOs did they find most craveable? Those items that scored the highest tended to be comforting, indulgent foods. A Chocolate Peanut Butter Drop from Perkins (76%), Shrimp and Grits at First Watch (75%), New York Strip Steak with Marinated Mushrooms at Hard Rock Café (74%) and Short Rib Fried Rice from P.F. Chang’s (73%) were four of the top 10.

Not all diners think alike

Freier and Belflower also pointed out that trends vary by generation and gender.

Millennials, on the other hand, are steak eaters, singling out a NY strip steak flight from Perry’s and an oversized porterhouse steak at Black Bear Diner. This age group has more disposable income than Gen Z and seems to like heartier items. They also ranked breakfast platters and chicken and bacon sandwiches high.

While Gen X also goes for generous portions (surf and turf entrees and big sandwiches, for example), they also prefer veggie dishes like fried mushrooms and street corn. And Baby Boomers go for dishes that focus on seafood, fruit and sweeter flavors.

It’s no great surprise that male diners are meat eaters. Items with the words “bacon,” “steak” and “meat” in their names or descriptions were particularly appealing. And pairing bacon with cheese can push up the scores even more.

Operators who think women are all about salads and healthy options, think again. According to Technomic, P.J. Whelihan’s Chocolate Chip Cookie Riffs captured the fancy of 65% of female consumers, and 63% ranked Denny’s Signature Pancookie up there.

Looking ahead, Freier and Belflower used Technomic’s predictive analytics program to forecast future trends. One of the most interesting findings: 28% of consumers are more open to experimentation since the pandemic started.

In the next two years, operators can expect these trends to continue or grow, according to the data:

When experimenting with these trends, keep in mind that 42% of consumers are more likely to try a new or unique flavor from a restaurant than when cooking at home, Technomic found.