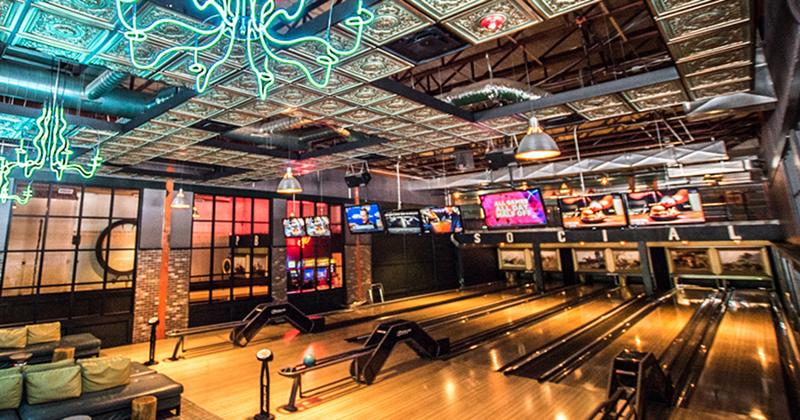 Two more full-service restaurant operators aired plans this week to invest development dollars in new growth concepts, underscoring the efforts by mature chains in the sector to diversify into younger, fresher ventures. With the moves by Cracker Barrel Old Country Stores and J. Alexander’s, few power players, particularly in the casual market, are sitting out the charge into upstart brands. Here’s a scorecard of who’s doing what, and where those diversifications stand.

In April, the Australian-themed casual giant opened the first domestic branch of Aussie Grill by Outback, a fast-casual riff offering burgers, salads, several chicken entrees, ribs and a steak platter. Now the test is expanding to a second U.S. store, a free-standing unit also near the Tampa, Fla., headquarters of Outback Steakhouse’s parent, Bloomin’ Brands. But Outback stresses that the objective is to study the operation and refine it for overseas markets, where at least two Grills are currently in operation, and not to push domestic growth.

Coming off a strong quarter for its namesake family-dining brand, Cracker Barrel was pressed by Wall Street analysts this week for insights into its plans for Punch Bowl Social, the high-volume games and food chain that had cheekily sought a merger with the 660-unit powerhouse. Cracker Barrel executives revealed they had completed the purchase of a 49.7% stake in Punch Bowl for $89 million, and stressed that their intention was to provide growth capital and advice, not an expansion schedule for the 18-unit upstart.

About $15 million in expansion dollars has already been provided to Punch Bowl’s leadership, with another $36 million promised. Six stores will open during Cracker Barrel’s fiscal 2020, which ends next April. Cracker Barrel said it sees room to open 100 Punch Bowls all told in the U.S.

Still, it expects to lose money in the short-term, even with Punch Bowl’s average unit volumes of $7 million to $8 million, because of high preopening costs.

Far less was said about Cracker Barrel’s other diversification, biscuit-based fast casual Holler & Dash. The sum total of CEO Sandy Cochran’s comments about the venture: “We continue to work on the Holler & Dash business model, and we believe there is great opportunity in the breakfast- and lunch-focused fast-casual segment.”  Seven units are currently open, according to the concept’s website.

Roadhouse, a cowboy steak concept, says it’s a handful of tweaks away from greenlighting rapid expansion of Bubba’s, a broader-menu operation with attractive economics. Because Bubba’s bill of fare includes options such as pizza and sandwiches, as opposed to Roadhouse’s steak-heavy lineup, lunch is being tried at five of Bubba’s 20 locations. Meanwhile, the concept is testing an alternative format where less equipment and seating is included in the bar. Those savings could be key, because a typical Bubba’s costs more than $6 million to develop, according to Roadhouse CFO Tonya Robinson.

Sales are running at about $93,000 a week, or about $4.8 million on an annualized basis, and grew 8.1% on a comparable basis during the second quarter.

Four Bubba’s are scheduled to open this year, with six more slated for 2020, according to Roadhouse CEO Kent Taylor.

The parent company of Famous Dave Anderson’s barbecue venture changed its name a few weeks ago in anticipation of adding new concepts, starting next month with the launch of Clark Crew BBQ, a joint venture with the LeBron James of competitive grilling, Travis Clark. The company, now known as BBQ Holdings, hasn’t revealed many details about the new addition to its fold. The prototype is set to open in Oklahoma City.

BBQ Holdings plans to further diversify with scaled-down versions of its Famous Dave’s core concept. The new riffs will measure between 1,500 and 3,000 square feet, compared with the 6,000 to 8,000 square feet of a typical full-service store.

The new owners of the Hooters breastaurant chain said they intend to open more units this year of the full-service operation’s fast-casual spinoff, Hoots, a more politically correct version of the mother concept. Employees—men and women, a major change, per se, from Hooters—forgo skimpy tees and shorts for clothing they wouldn’t be ashamed to wear at a family gathering. Wings are still the focus, but the service is streamlined. Hoots was founded in 2017 in part to capture a share of the booming takeout and delivery market.

Plans revealed this summer called for the opening of two stores in Chicago, the site of the prototype, and one in Atlanta.

Instead of merely adding another venture, Cheesecake decided to buy a whole concept incubator. In one of the more stunning deals of the summer, the polished-casual operator announced that it was acquiring Fox Restaurant Concepts (FRC), the lab where Sam Fox creates and refines new brands, usually before selling all or part of them to someone else.

That was the process Fox and Cheesecake were expecting to follow with North Italia, FRC’s high-volume casual Italian concept, and Flower Child, a health-focused fast casual. But Cheesecake opted for what amounts to some vertical integration, buying the concept creator instead of just its input.

Under the deal, North Italia technically becomes part of Cheesecake, which intends to use it as a growth vehicle complementing the company’s namesake brand. Currently, only 20 stores are open, across nine states. Cheesecake says it believes the domestic market could feed 200 locations.

Meanwhile, Cheesecake has opened the first of its homegrown new concept, a fast-casual operation called Social Monk Asian Kitchen. It has yet to reveal its expansion plans for that venture.

Applebee’s and IHOP: Still on the hunt

The industry’s largest franchisor of full-service restaurants, Applebee’s and IHOP parent Dine Brands Global, has looked at “a couple of hundred” possible acquisitions during the past year in its search for third growth vehicle, said CFO Tom Song. “One of the areas that we're particularly interested in is fast casual,” he told investors. “It provides a nice complement to our casual-dining and family-dining presence.”

But nothing met the would-be buyer’s criteria, which Global CEO Steve Joyce has set out in detail. The ideal candidate would have annual systemwide sales of about $100 million, from 70 to 100 locations, and be either already offering franchises or at the point where that asset-light expansion route would make sense.

Unlike many of the other full-service operations looking to diversify, J. Alexander’s wants to stay in the familiar realm of polished casual. Even though the owner-operator can already choose from among five high-end concepts to grow, it has decided to add a sixth, with the opening this fall of a steak, seafood and bar-focused operation in Houston.

The new venture will be called Merus Grill, an apparent play off the Latin word “merus,” which means “pure” or “unadulterated.” The phrase is often applied to wine.

The company did not say why it opted to add a new concept rather than duplicate one of its other brands.