The details: A five-unit, fast-casual taco concept in suburban Virginia and the Washington, D.C.,  area, serving breakfast, lunch and dinner tacos, nachos, tortas and more. Units range from 1,100 to 2,500 square feet and most are in suburban, strip mall locations.

The backstory: James Beard-nominated chef Victor Albisu had just opened his South American fine-dining restaurant Del Campo in 2013 (named one of Esquire magazine’s Best New Restaurants in America that year) when a small space became available next door to the bodega owned by his mother. Albisu, whose mom is from Peru and dad is from Cuba, decided to open a taqueria there.

Why it’s worth watching: Taco Bamba reports that it typically does 1,000 covers a day at its sometimes-out-of-the-way locations. The chain offers taco bar catering, including a breakfast taco platter with scrambled eggs and chorizo. The concept is most well-known, though, for its creative recipes that vary from restaurant to restaurant, including tacos featuring ramen, a patty melt and fried chicken. 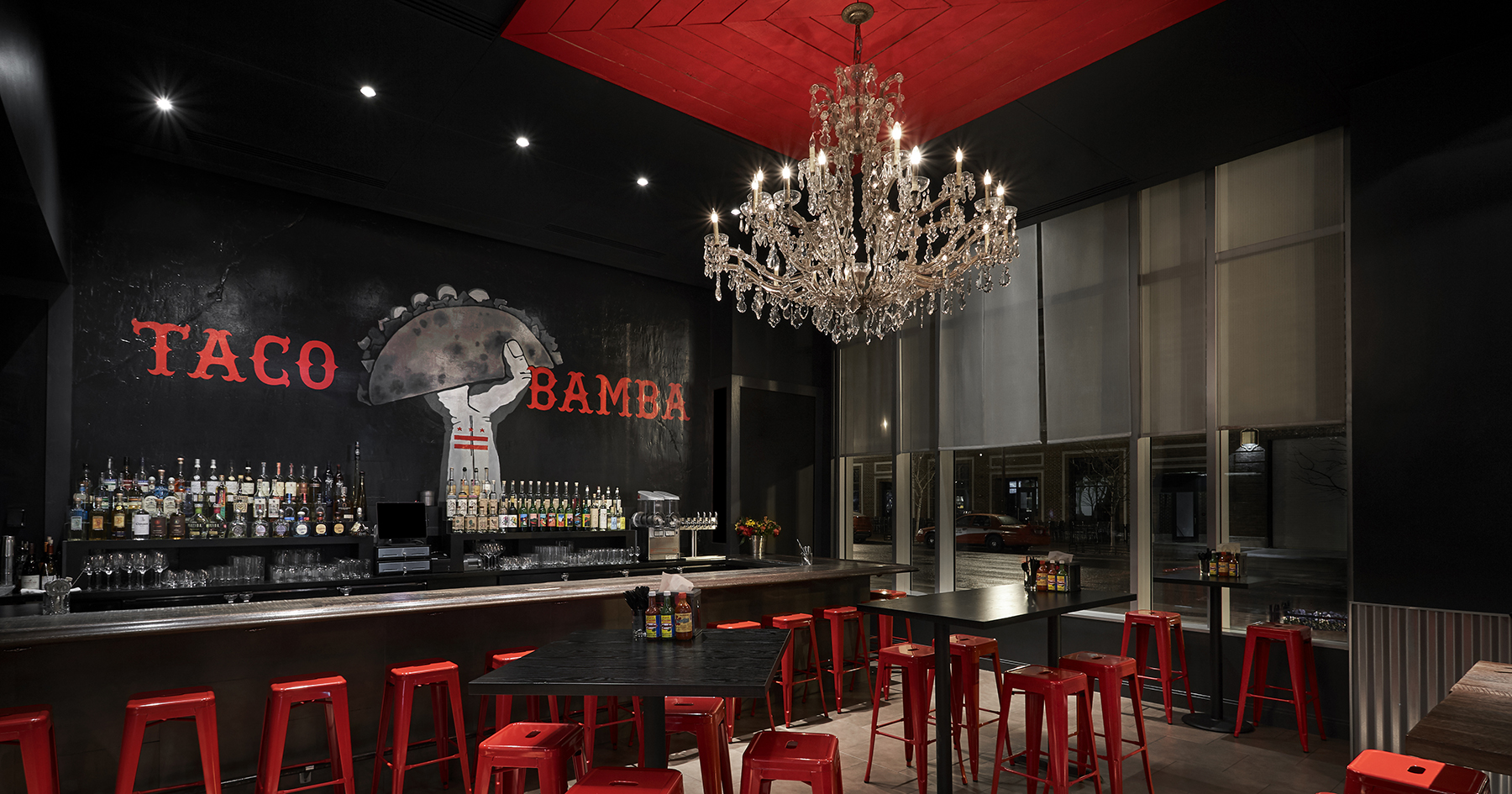 It started as a side project, a fun project. My background is as a fine dining chef. … My mom always had a bodega. A space came available next to my mom’s bodega in Virginia. I said, I want to do a taqueria. I’ve grown up in kitchens my whole life, spent my career around Mexican cooks and Mexican people. I identify with their food as my own. … There’s no way I can claim ownership of traditional tacos. I have my versions of them. That’s where Taco Bamba came from, a real place of passion and love and respect.

That was an interesting journey. Back at that time, it wasn’t even really something I wanted to attach to my name. In those times, it wasn’t something a chef would want to promote. We wanted to be known for our fine-dining chops and ability to attract the high-end food critics of the world.

We started in a 1,000-square-foot space in a rundown strip mall in Falls Church, Va., next to my mom’s bodega, and we’ve been able to translate that into quite a bit of growth. We’re now doing 1,000 people a day at every store, with lines out the door for lunch and dinner. I don’t go for very common or very straightforward locations. You build a bond with your customer base when things aren’t as easy as building a bowl or driving through a drive-thru. You build a bond with a customer base when they know you’re going to give them the best-quality ingredients in a unique environment.

Our success has been built from the creative side. We’re just going to continue doing the things we love. We have people who travel to all of the restaurants on a weekly basis, getting different tacos. It’s fun to watch people take such ownership and connect with us. That’s where we’ve built our success. There’s a little more than a handful of crossover items that people can feel comfortable with … I write all the menus for every single Taco Bamba, all the specials, all the new items. It’s really organic. It really has to do with how we feel.

We sell tripe, lengua, off cuts, weird things. Most people start off as, "Oh, I don’t eat that." … And then they order three. It’s actually pretty simple, but it takes time. People will come in and they’ll be overwhelmed by the menu. They’ll say, "Give me two carne asadas." Then, when they eat the simple stuff, they realize how cared for each ingredient is. … Then we begin to get their trust, and they come in and add one more taco to it. … We encourage the people taking the orders to tell them what their favorites are.