The details: An eight-unit, full-service Detroit-style pizza concept that’s based in New York.

The backstory: Emily Hyland and Matt Hyland are the co-founders of several restaurants in their Pizza Loves Emily group, including the growing concept Emmy Squared. They brought in industry veteran Howard Greenstone as a partner. Greenstone has been CEO and president of Rosa Mexicano and is currently a strategic adviser and partner with the Marcus Samuelsson Group.

Why it’s worth watching: Emmy Squared is growing smartly, bringing in experts to help with systemizing its operations as it adds units on the East Coast. Detroit-style pizza, known for its puffy, rectangular crust with a rim of crispy cheese along the edge, is growing out of its regional specialty status to becoming well-known around the country. The pizza chain has also received considerable notice for its signature burger, which features two patties, cheese and housemade sauce on a pretzel bun. The chain plans to add units on New York’s Upper East Side and Washington D.C. in the coming months. 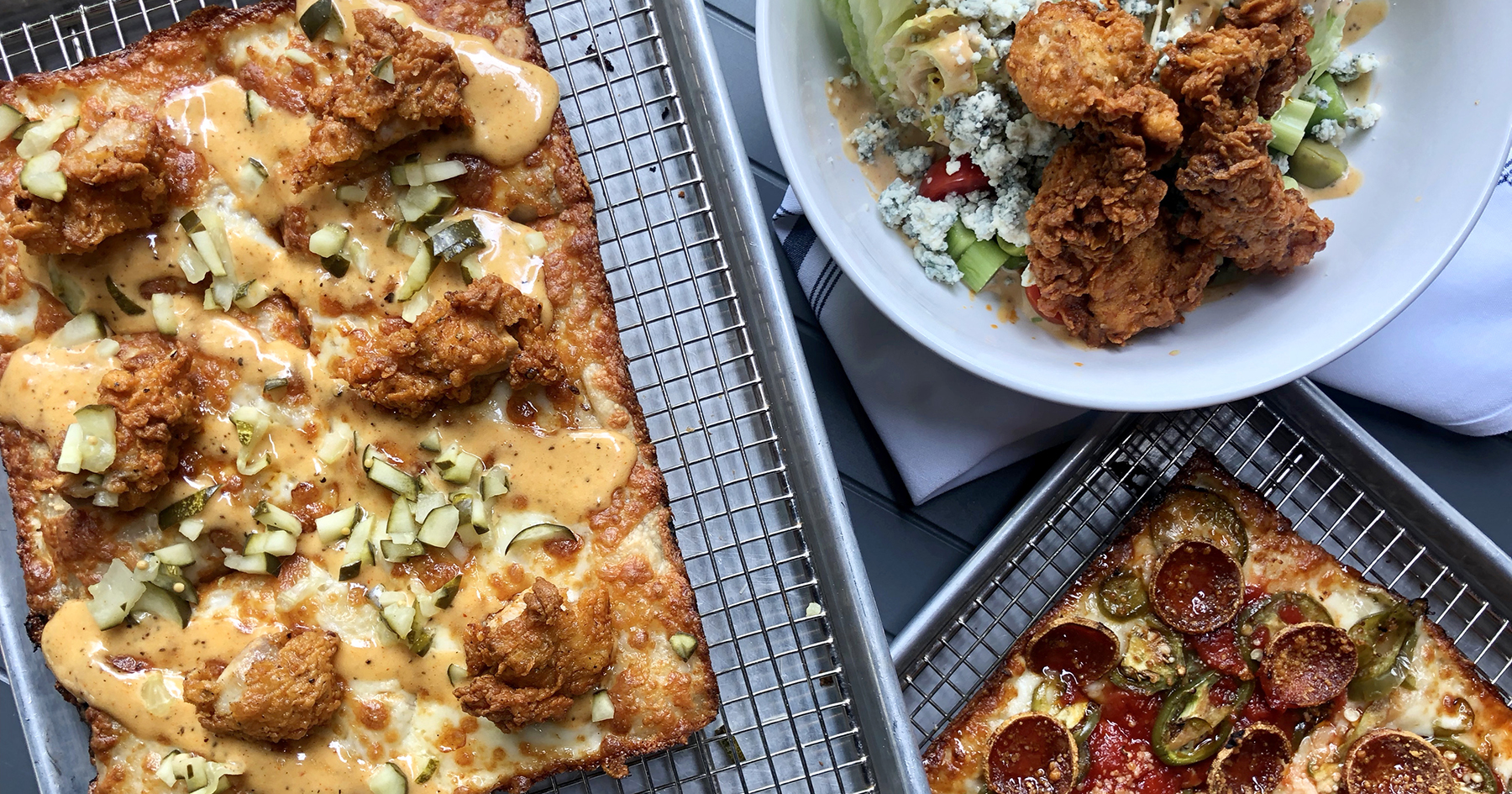 Emily: At our heart, we are and always have been a pizza restaurant. Matt put a burger on the menu in the early days. We’re tapping into the quality of nostalgia for a bunch of grown-ups here who grew up on this food: pizzas and burgers and chicken wings and eggplant parm. We are rooted in pizza. But we want it to be a full dining experience for different dietary needs. You can come in and have a real adult junk food experience. Or you could come in and eat lots of vegetables and have a slice of your friend’s pizza.

Howard: Our goal is not to dumb down the concept. We’re not your typical pizza place. That’s what makes us unique.

Emily: How do we create that really special vibe that existed in that first restaurant? How do we make that happen as we have more of a corporate structure? The thing that can really make it feel that way is the way we come down as a team and build relationships with our inaugural staff. … It’s important to us that we’re there. When we opened Emily original, it was meant to feel like an extension of our home. That’s something I really work on, on a personal level, to bring that energy to every dining room we have, so it’s warm and welcoming and they feel special and very well taken care of as humans.

Howard: We are going out of our way not to create a chain. It has a neighborhood design. There’s nothing that’s going to let you know that we’re part of a group. Even on the menu, Matt is highlighting certain food products that are specific to that menu.

Emily: I feel very proud to say we have many people in our ranks now who’ve worked their way up, who were hosts and are managers now. There’s been a lot of upward mobility, within restaurant to restaurant or restaurant to our corporate team. We still have our first pizza maker and our first dishwasher at the original location.

Howard: We incentivize our teams to recruit for us. In Philadelphia, it’s hard to find people. It’s easier if your recruiters are people who work with you. We offer a $500 recruitment fee to employees who bring on an employee who stays with us for a minimum amount of time. If you’re going to pay a recruiter, you might as well pay your own management team. You have hundreds of people recruiting for you, not just one or two.

Matt: Most pizza places, Detroit-style places, the dough is sitting in a portioned-out container and it gets pressed into the pan. We let it rise in the pan. I knew from the beginning, that’s what’s going to separate our pizza. … It’s built in that we need larger walk-ins to have those extra pans. It’s just part of the plan.

Howard: When we run out of pans, we run out of dough. Some of our smaller restaurants have to have 500 pans because of the volume.

Emily: Matt and I founded Pizza Loves Emily in 2014, a tiny little 26-seat restaurant in Brooklyn. It was a mom and pop enterprise, held together by duct tape and cardboard boxes. We had taken many meetings with different investors because Matt and I are not the most business-savvy people. Opening the restaurant was a dream, and you don’t think through all of the logistics of what it takes to run an enterprise. We decided to partner with Howard. He has helped turn this into a proper company. We could start systematizing and building a real plan for nationwide growth.