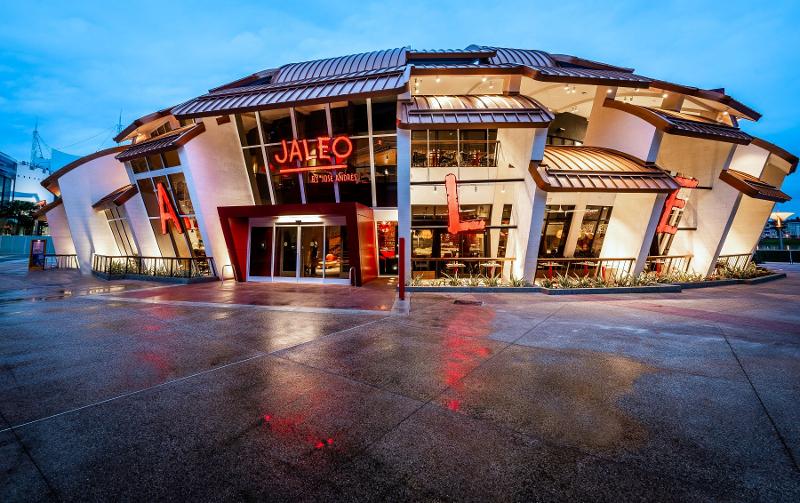 It’s been nearly 30 years since Rob Wilder and his business partner convinced a 23-year-year-old Jose Andres to come to Washington, D.C., and open a tapas concept there.

Today, after almost coming out on the other side of that restaurant’s most challenging period, Wilder said he and his ThinkFoodGroup team have a “little Jose on our shoulder” as they navigate the company’s post-COVID future.

“Jose is still incredibly hands-on, mostly behind the scenes,” Wilder said. “The power of his vision is with us every day.”

Andres, of course, has moved on from being an unknown young chef. He is now known as the founder of charity organization World Central Kitchen, a Nobel Peace Prize nominee who has received a James Beard Foundation Award for being Humanitarian of the Year.

But he still remains involved in the day-to-day workings of ThinkFoodGroup’s nearly two dozen restaurants, as well as growth plans for the various brands, Wilder said.

ThinkFoodGroup has partnered with Gibsons Restaurant Group to open three restaurants in Chicago, beginning this summer with Joe by the River, an all-day cafe. The group is also launching Bazaar Meat and Bar Mar, all three of which will be located along the Chicago River in the city’s tallest office building. ThinkFoodGroup is also slated to open a new Jaleo location in Chicago this summer.

In New York City, ThinkFoodGroup is overseeing the food and beverage program at The Ritz-Carlton New York, NoMad, a 250-room hotel that’s currently under construction. The group will open Zaytinya and Bazaar restaurants in the hotel and will run a rooftop bar and lounge.

“We’ve been driving with one foot on the gas and one foot on the brake,” said ThinkFoodGroup President Sam Bakhshandehpour. “It feels really good to take the foot off the brake a little bit and press the gas pedal down.”

Getting through the pandemic has been a “rough ride,” Wilder said. Last summer, two of the company’s restaurants in Los Angeles closed permanently following a reported dispute with the landlord. And D.C.’s America Eats Tavern also shuttered.

Initially, many of the group’s restaurant were transformed into community kitchens to feed first responders and others.

“We never stopped cooking,” Wilder said. “We just put on our nonprofit hats and started serving the communities as quickly as possible.”

A few of ThinkFoodGroup’s concepts, including two Michelin-starred Minibar, have yet to reopen but will be “soon,” he said.

“We’re still watching our neighborhoods just start to reemerge,” he said, adding that urban centers have been more challenging than places like Las Vegas and Disneyworld.

ThinkFoodGroup divides its portfolio into four verticals: Small plates (including Jaleo and Zaytinya), fast casuals (Beefsteak and others), fine dining (Minibar and The Bazaar) and Mercado Little Spain, a food hall and market.

No matter the service style or menu, they are all heavily experiential spots.

So, how has the pandemic changed those experiences? In many ways.

“The pandemic has forced us to be even more creative about how we deliver those experiences and tell those stories,” Wilder said.

For example, customers receive QR codes with carryout orders and meal kits that lead them to a paella-making class.

Tapas and shared plates are still popular for trusted friend and family groups, he said.

“We’ve obviously upped our game with service styles and multiple utensils and ways to be as separate as possible,” Wilder said.

ThinkFoodGroup is working on ways of expanding that in-restaurant experience beyond the four walls. Soon, at check out, diners will be able to order a meal kit to be sent to their home to enjoy later, Bakhshandehpour said.

“We will be launching partnership deals we’ll be announcing soon, to enhance the experience at home,” he said.