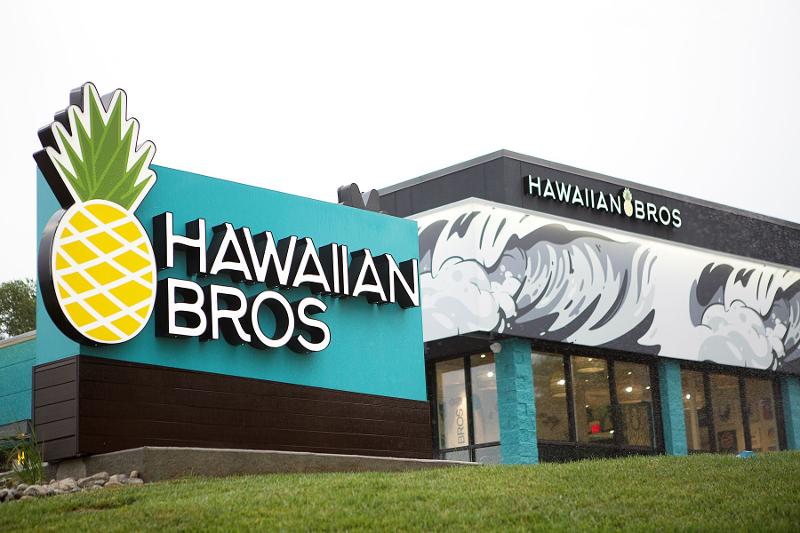 By the opening of its third store, Hawaiian Bros Island Grill knew it had a problem.

It was a good problem to have, to be sure, but a problem nonetheless:

“We got caught off-guard by the sales,” said Cameron McNie, the plate lunch chain’s founder and co-CEO. “Our first two locations had opened really well and our third literally doubled what we were doing at those. We realized we had some major throughput problems.”

So, Kansas City, Mo.-based Hawaiian Bros retooled its drive-thru operations with the goal of serving one car every 30 seconds.

Those efforts have paid off.

Today, it’s one of the country’s fastest-growing concepts, according to the Technomic Top 500 Chain Restaurant Report.

Hawaiian Bros currently has 30 locations, with plans to open another 15 units this year. All but two restaurants have drive-thrus. Its sales grew 172% in 2021, compared to the prior year, to $56.8 million, according to Technomic. In 2020, it had just nine locations. And it operated only four stores the year before that.

“It’s absolutely our goal to open locations with drive-thrus,” he said. “I don’t think we would open another location without a drive-thru.” 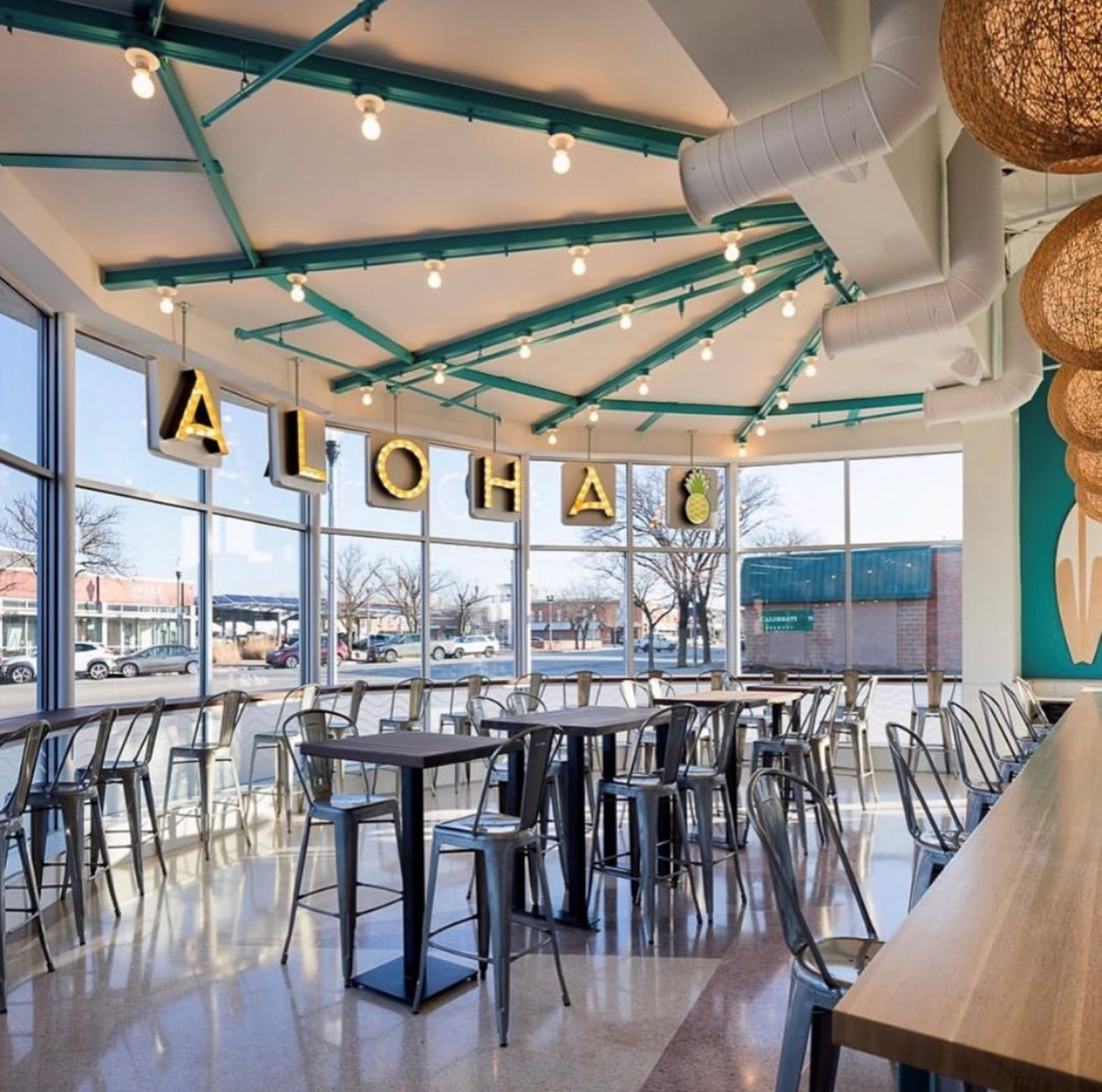 For those unfamiliar with Hawaiian cuisine, the plate lunch is essentially the island version of the Southern staple “meat and three.” It typically includes two scoops of white rice, topped with a protein, served with a generous portion of mayo-based macaroni salad.

The comfort food offering, traditionally served on a segmented plate (hence the name), is said to have its roots in the 1880s, when it became the must-have lunch for workers on Hawaii’s pineapple and sugar plantations. Back then, many of the laborers came from Asia, so lunches typically came from leftover meat from last night’s dinner, served atop rice.

About 50 years later, lunch wagons began selling similar meals to workers, served on those now-iconic segmented plates. The carb-heavy meals soon became popular at restaurants and drive-ins on the islands.

Other plate lunch establishments might serve loco moco (hamburger patties topped with brown gravy and fried egg) or Spam musabi, in which the tinned meat is wrapped in nori.

Simplicity is the name of the game at Hawaiian Bros, where the kitchen uses just over 80 SKUs to create the menu.

“We wanted to keep the menu very simplistic,” McNie said. “We’ve seen some great brands do really well with one or two core items. We just really saw the value in that. We want to be great at simple things.”

McNie founded the concept with his brother, Tyler, in 2017, and opened the first restaurant the following year. The two grew up in Oregon and worked at the small plate lunch chain owned by their family.

The McNies, though, decided to start their own concept.

“We’re kind of our own thing,” Cameron McNie said. “People try to bucket us into fast casual and QSR. Where we fit, I’m not 100% sure. I know we definitely have elements of both. We certainly aim to be quick, efficiency, speed, that’s a huge value to us. But the quality of the food, the fresh ingredients, making things to order, that’s an element of fast casual. Our food is fresh. There’s no freezers, fryers or microwaves.”

The key to Hawaiian Bros’ speed is the drive-thru, which generates 53% of the chain’s revenue. 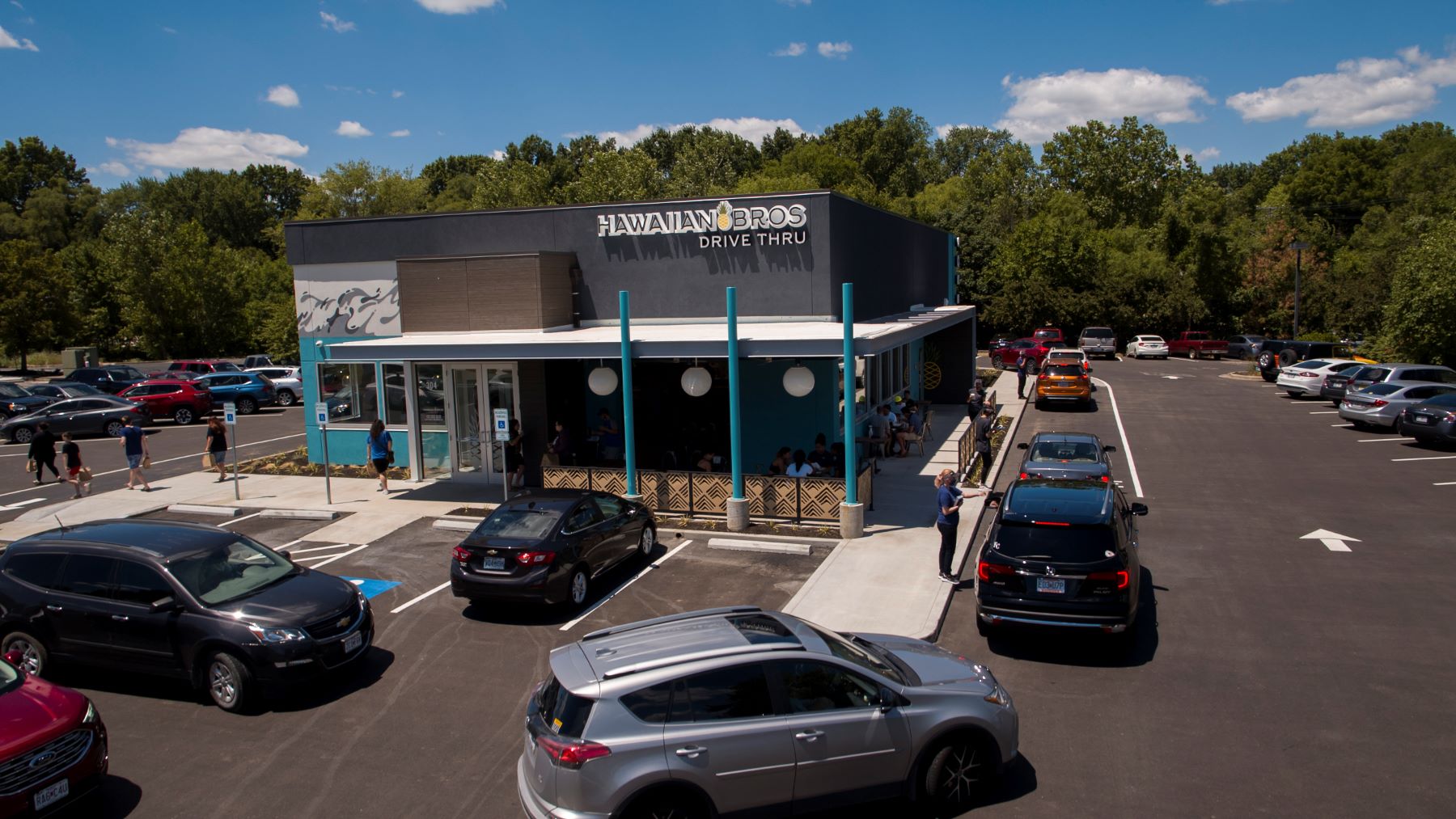 After seeing the throughput issues at that third location, the chain decided to focus on drive-thru efficiency.

Most kitchens now have a double-sided make line, with one side focusing on drive-thru orders. During busy times, two to three employees are stationed outside, at the drive-thru, with handheld devices to take orders.

And the chain has been adding second windows at the drive-thru, to better control the traffic flow. Customers pick up drinks at the first window and food at the next.

“Our operation in the kitchen is faster than the order-taking operation,” McNie said. “We had to figure out the math on, How do we get the right amount of orders coming in that we can produce?”

McNie said Hawaiian Bros is currently on the hunt for capital, to allow it to open more locations even more quickly. And it is in the midst of finishing franchising documents and hiring employees to focus on a future franchised business.

The McNies always wanted Hawaiian Bros to be a fun place to work. So, they’ve listened to employees to make that happen.

“This has got to be a fun restaurant to work at,” McNie said. “We don’t want to be heavy on rules … Our goal is to be generous to the employees; they’re the ones making this happen.” 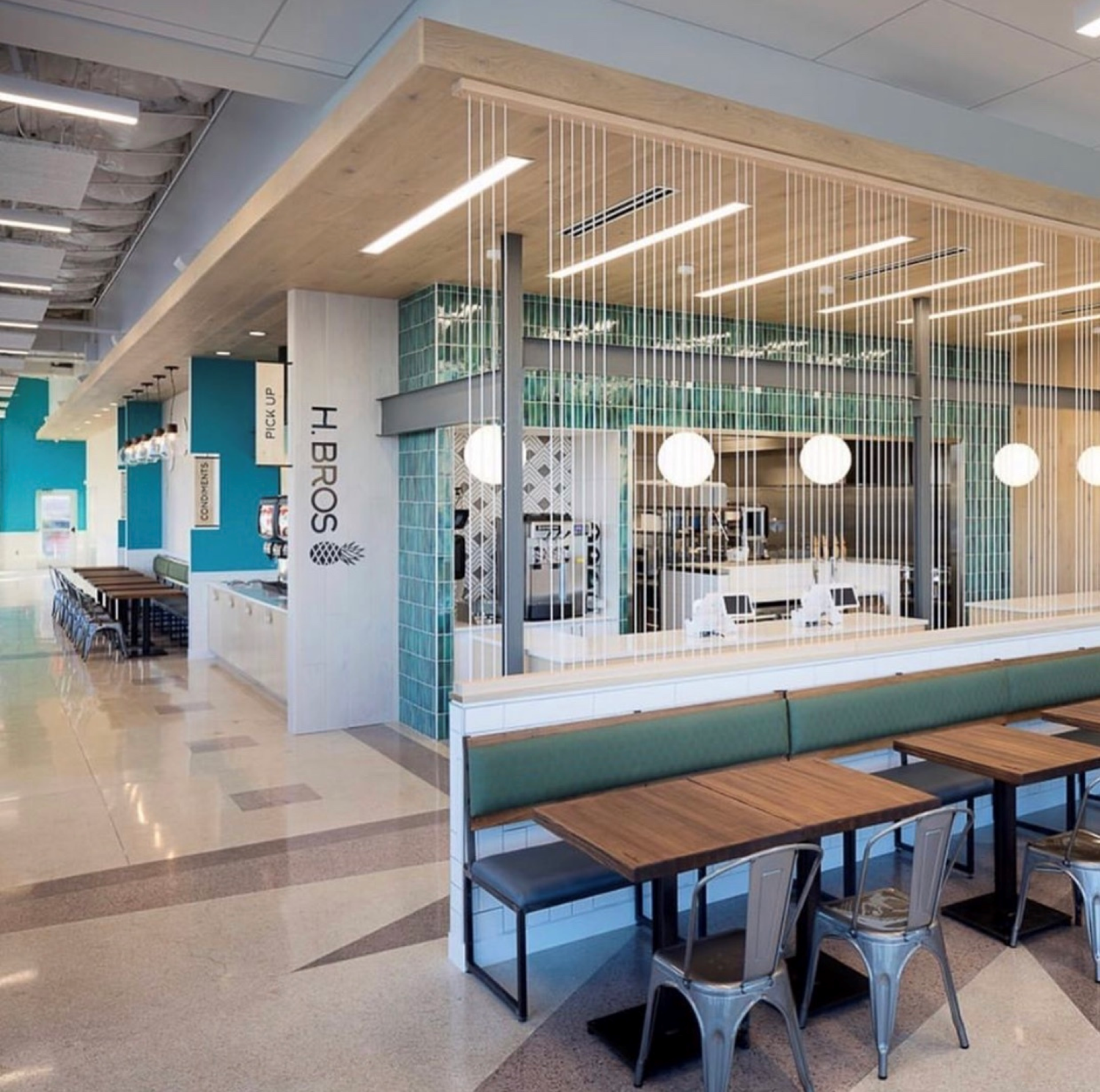 More than 80 employees who were essential to the opening of Hawaiian Bros’ first few stores were recently given an ownership stake in the company, he said.

“Some cooks that were there on opening day got a piece of ownership in the company,” he said.

And the brand is spreading that workplace culture on social media.

For the past six months, Hawaiian Bros has given a TikTok account to each restaurant, to be run entirely by store-level employees.

“We encourage them to make TikToks during slow times in the stores,” he said. “Their friends see it and think, ‘I could go work at this place. That’s fun.’ That kind of culture has caught on. We’ve embraced it. Our culture is built on spreading the Aloha spirit.”