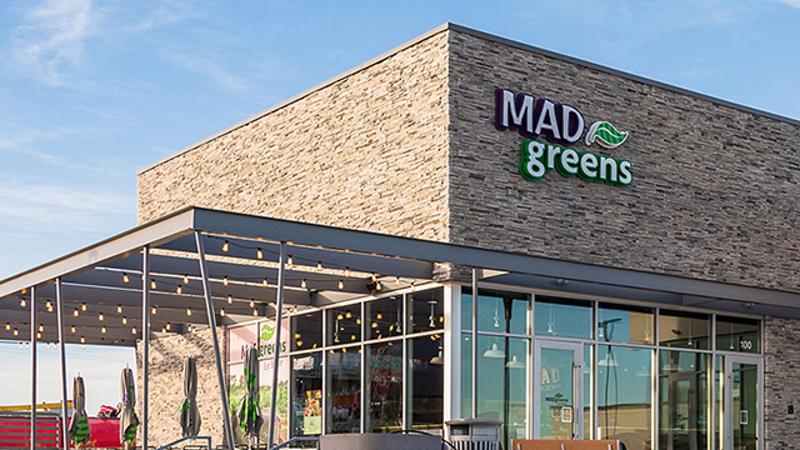 Fast-casual salad concepts Mad Greens and Snappy Salads have merged, but will continue to do business as stand-alone brands, the companies announced Tuesday.

Financial details of the merger were not released.

The companies will operate under the Salad Collective banner, with Darden Coors as CEO and John Montgomery as president, positions both held at Mad Greens prior to the transaction. Chris Dahlander, CEO and founder of Snappy Salads and a former marketing director for Brinker International, will step down from day-to-day operations but will join the Salad Collective board of directors.

Mad Greens operates 33 units in Colorado, Arizona and Texas, while Snappy Salads has 14 stores in the Dallas-Fort Worth metro area. Salad Collective is headquartered in Golden, Colo., which is also home to the Coors Brewery. The Coors family acquired Mad Greens in 2013.

The merger will bring administrative efficiencies to the two concepts, as well as cost savings from scaling up its foothold in the salad sector.

"Each brand brings a talented leadership group, strong store performance and a focus on serving our customers through various channels,” Montgomery said in a statement. “Working together, we will leverage best practices, technologies and expertise across both brands to be even stronger in our respective markets."

Mad Greens saw year-over-year sales growth of 4.9% in 2018, according to Technomic data. Snappy Salads grew 23.3% during that period, according to the the research firm, which is a sister company of RB.

The Mad Greens-Snappy Salads merger is the second such marriage in recent weeks among fast-casual salad concepts. In late August, Pacific Northwest-based Evergreens and Garden Bar announced a merger to operate a joint total of 26 units. Under that transaction, all Garden Bar locations will transition to Garden Bar by Evergreens units.