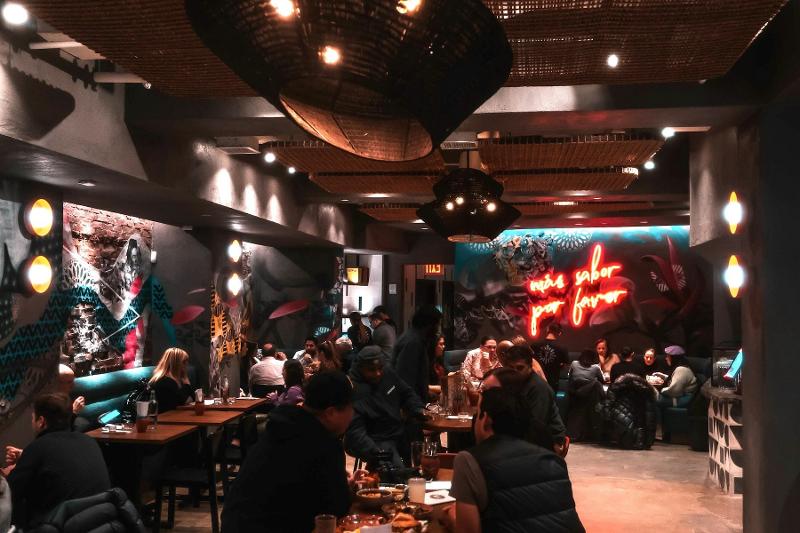 It won’t be the first location for the Mexican torta concept in New York. A Tortazo opened in the city’s NoMad neighborhood in 2021. The very first debuted in 2020 in Chicago’s Willis Tower.

A modified version of Bayless’s popular airport outlets Tortas Fronteras, the newest Tortazo between Times Square and Bryant Park on Broadway, will focus on tortas a la plancha, inspired by Mexico City’s torterias.

On the menu will also be small bites like Salsa Negra Mushroom Tacos or Smoked Salmon Ceviche Tostadas. The Oaxacan heirloom corn tortillas are made at Sobre Mesa in Brooklyn, the company said.

The restaurant will feature a walk-up window for to-go orders, which will also offer fried-to-order churros and Mexican drinking chocolate, much like Bayless’s XOCO outlet in Chicago.

In the Windy City, Bayless is also known for Frontera Grill, Topolobampo and Bar Sótano.

Tortazo, however, was positioned for growth with some powerful partners.

In 2018, the Philippines-based foodservice giant Jollibee invested $12.4 million to grow the torta concept that became Tortazo, taking what was a significant minority stake at the time. Jollibee is growing its own namesake chain in the U.S., opening the 62nd location in Orlando, Fla., this month. Jollibee Foods Corp. operates 6,300 stores in 34 countries and is also an investor in concepts like Smashburger and The Coffee Bean & Tea Leaf.